Bidwill, 55, checked himself into a hospital at the recommendation of his doctor, and his symptoms have since subsided. 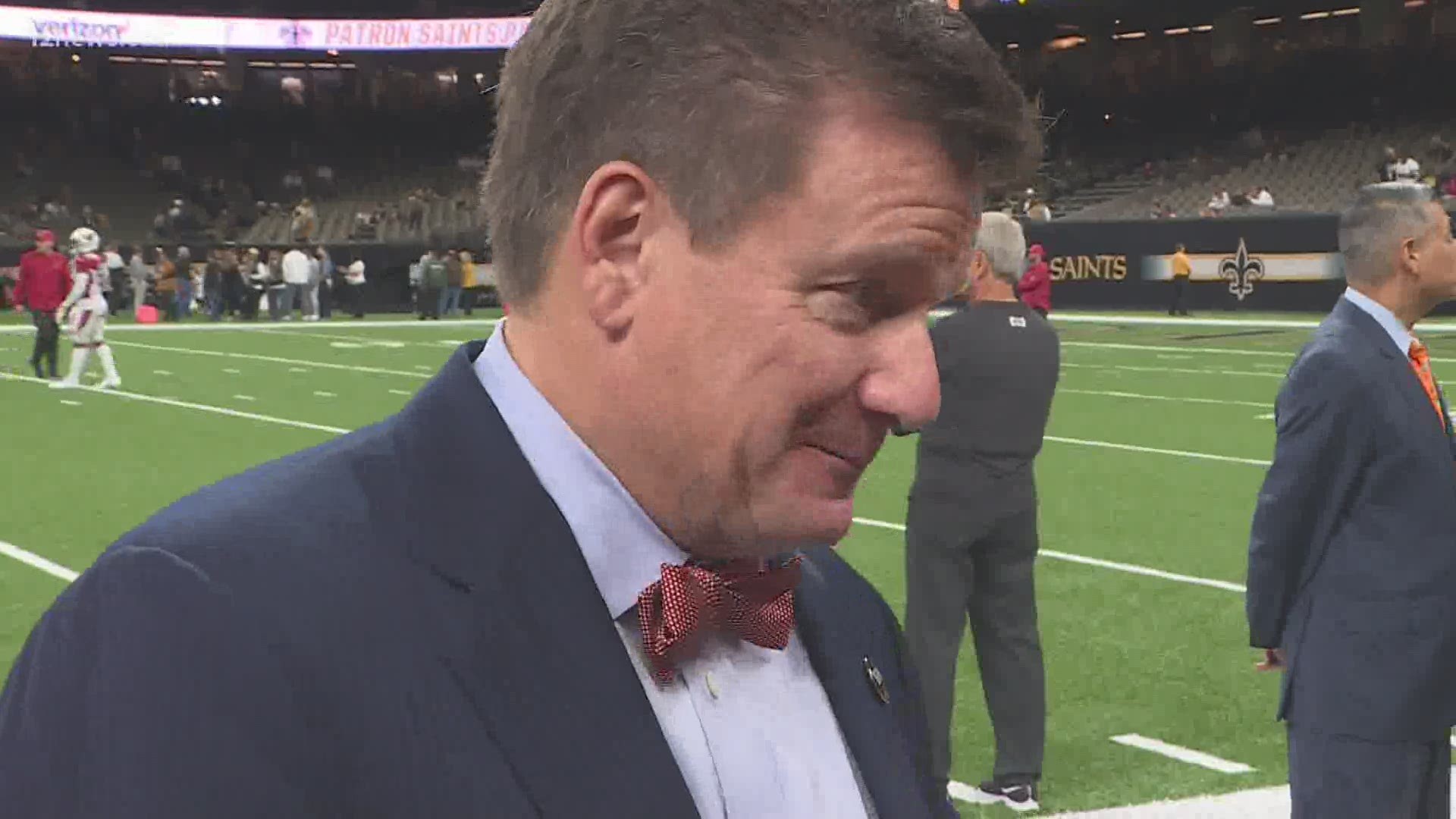 PHOENIX — Editor's note: the above video is from an earlier newscast.

Michael Bidwill, the owner of the Arizona Cardinals, has been released from the hospital after checking himself in due to a positive COVID-19 test, the team announced Sunday.

Bidwill originally reported flu-like symptoms after traveling through the east coast and a COVID-19 test came back positive.

Bidwill, 55, checked himself into a hospital at the recommendation of his doctor, and his symptoms have since subsided, according to the team.

"I am also overwhelmed by the outpouring of kindness from the Red Sea as well as so many friends and colleagues in Arizona and throughout the country," Bidwill said.

You can view Bidwill's entire statement below:

The team says Bidwill has been worked remotely since the Cardinals' training facility was shut down in March, and he hasn't had any in-person contact with coaches, players or football staff.

Meanwhile, there have been 122,467 confirmed cases of coronavirus in Arizona and 2,237 coronavirus-related deaths, as of Sunday morning.