'Everything felt right. There is no downside to [Arkansas] in my book.' 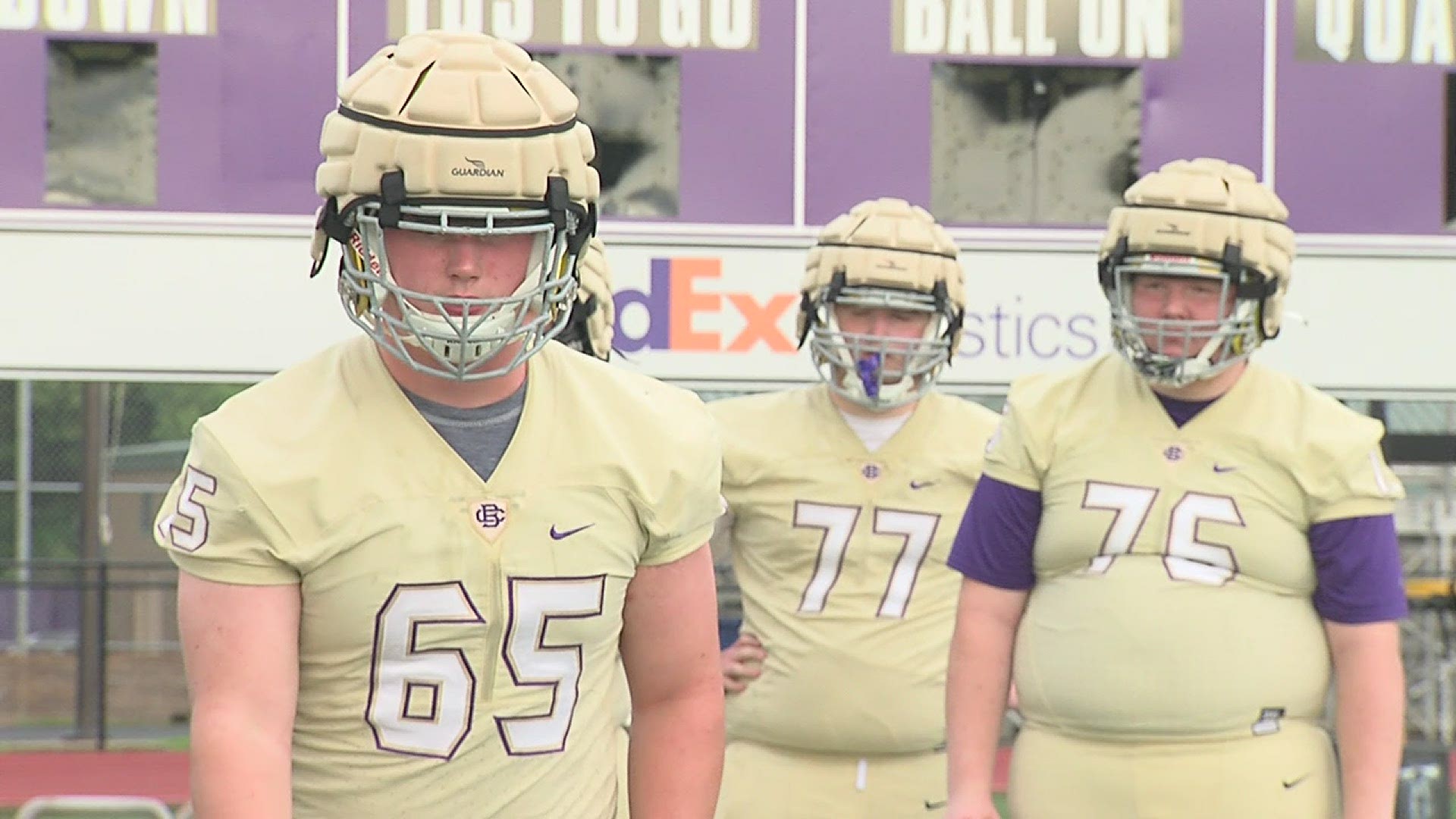 MEMPHIS, Tenn. — For Patrick Kutas, it has always been about football.

"My uncles, my grandpa, my dad. Everyone played football," he said.

They all played at Christian Brothers High School. Patrick Kutas keeps that tradition alive as a three-star lineman for the Purple Wave.

"We knew when he was a sophomore that he was going to be special because he'd very coachable, very tough," CBHS head coach Thomas McDaniel said. "His work ethic is above everybody. There is nobody that works harder than Patrick Kutas."

That hard work paid off. Over the weekend, Kutas committed to Arkansas choosing the Hogs over Illinois, Oregon and Florida State.

"Everything about it was awesome," Kutas said of his official visit to campus. "Especially when they took us out to the stadium. It's like no other."

Kutas saw the offers roll in after a strong 2020 campaign. He could have held off on his decision until after this season, but said he was ready to commit.

"Why wait?" He said when asked about the timing. "Everything felt right. There is no downsides to them in my opinion. So I just pulled the trigger."

Kutas is the second Purple Wave senior to commit to a power-five program this summer. Last month, running back Dallan Hayden announced he will head to Ohio State.

"People have us going to the state championship this year, and I think we will," Kutas said. "I just think we're going to have a really good team."

"We've got some great talents," McDaniel said. "When you've got all those things, and the mentality seems to be there, I think we have the makings of a special team."