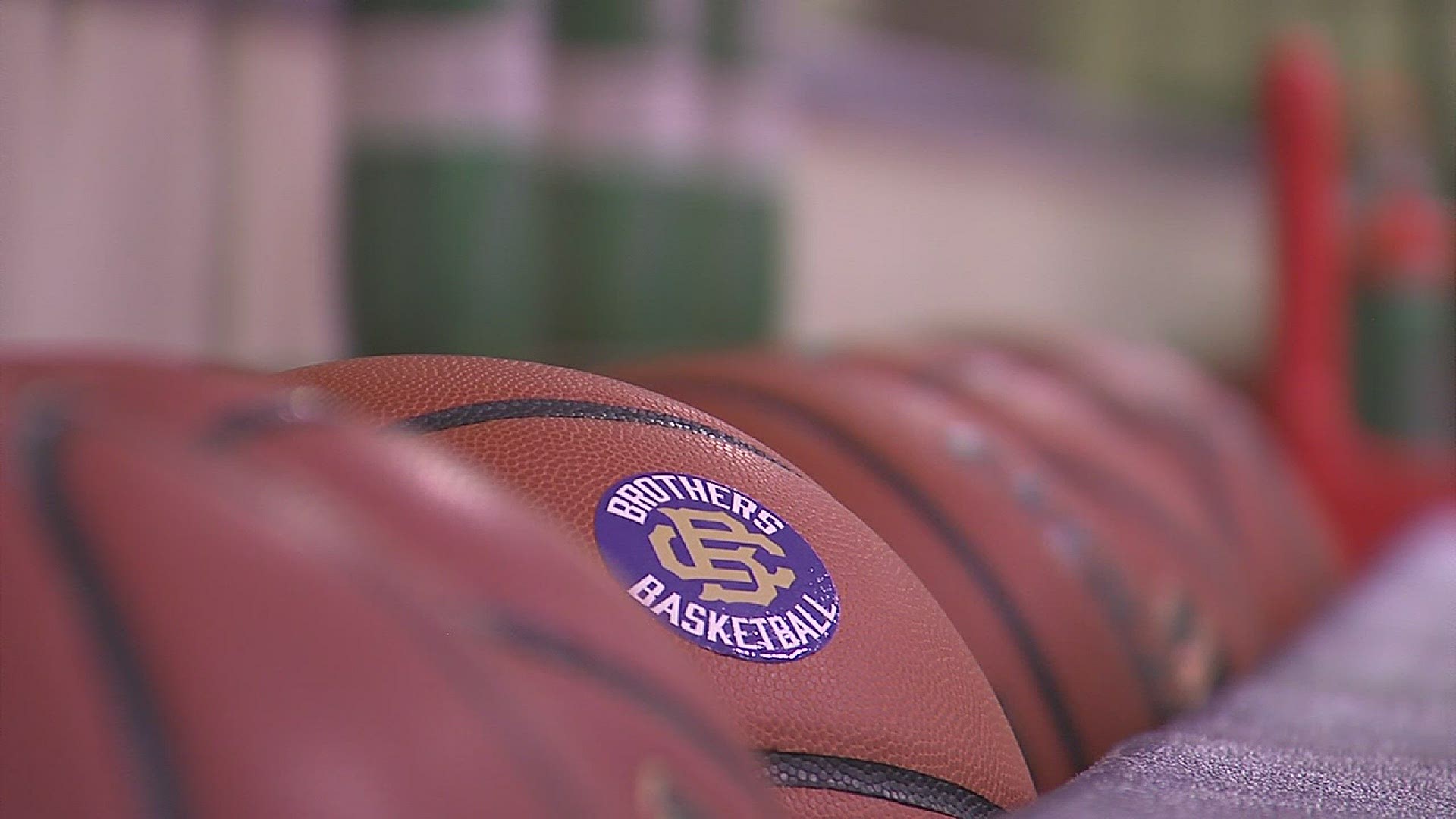 MEMPHIS, Tenn. — Eighteen games. Eighteen wins, and one of the most impressive teams that Bubba Luckett has coached in his 31 years at Christian Brothers High School.

"I knew we had a pretty good team," Luckett said. "To have beaten some of the teams that we played this year that are highly regarded, very talented. It's really been special."

How special have the Purple Wave been? Top 20 team in the country special, and the top ranked team in all of Tennessee according to MaxPreps. That kind of special.

The national recognition started to come in December, when CBHS toppled Mike Miller's Houston Mustangs, now the No. 2 team in the state, 70-66.

"Everyone underestimated us," CBHS junior and Memphis Tigers recruiting target Chandler Jackson said. "They even said they were going to blow us out by 20. After that win, they've got to respect us."

Seems like whenever I bring a camera to a high school basketball practice, a dunk contest shortly follows. @LocalTVSPXPrbs 🤔@CBHSbasketball was no exception.

"I think the guys really gained a lot of confidence after that game," added Luckett. "They've got so many Division One players. We had to play a near-perfect game to beat them, and we pretty much did that."

With three games remaining on the regular season schedule, the possibility of Christian Brothers pulling off the first undefeated season in school history is very real.

Luckett's 2014-15 squad came painfully close, going 29-0 before suffering their only loss of the season in the state championship game.

"We haven't talked that much about being undefeated," Luckett said of this year's squad. "We're always just getting ready for the next game, and when the season's over, we'll see where it all stops."

They are hoping, at the very least, it ends with their first gold ball since 1987.