Jonathan Shuskey will retire from the Army in August 2021 after a 20 year military career. 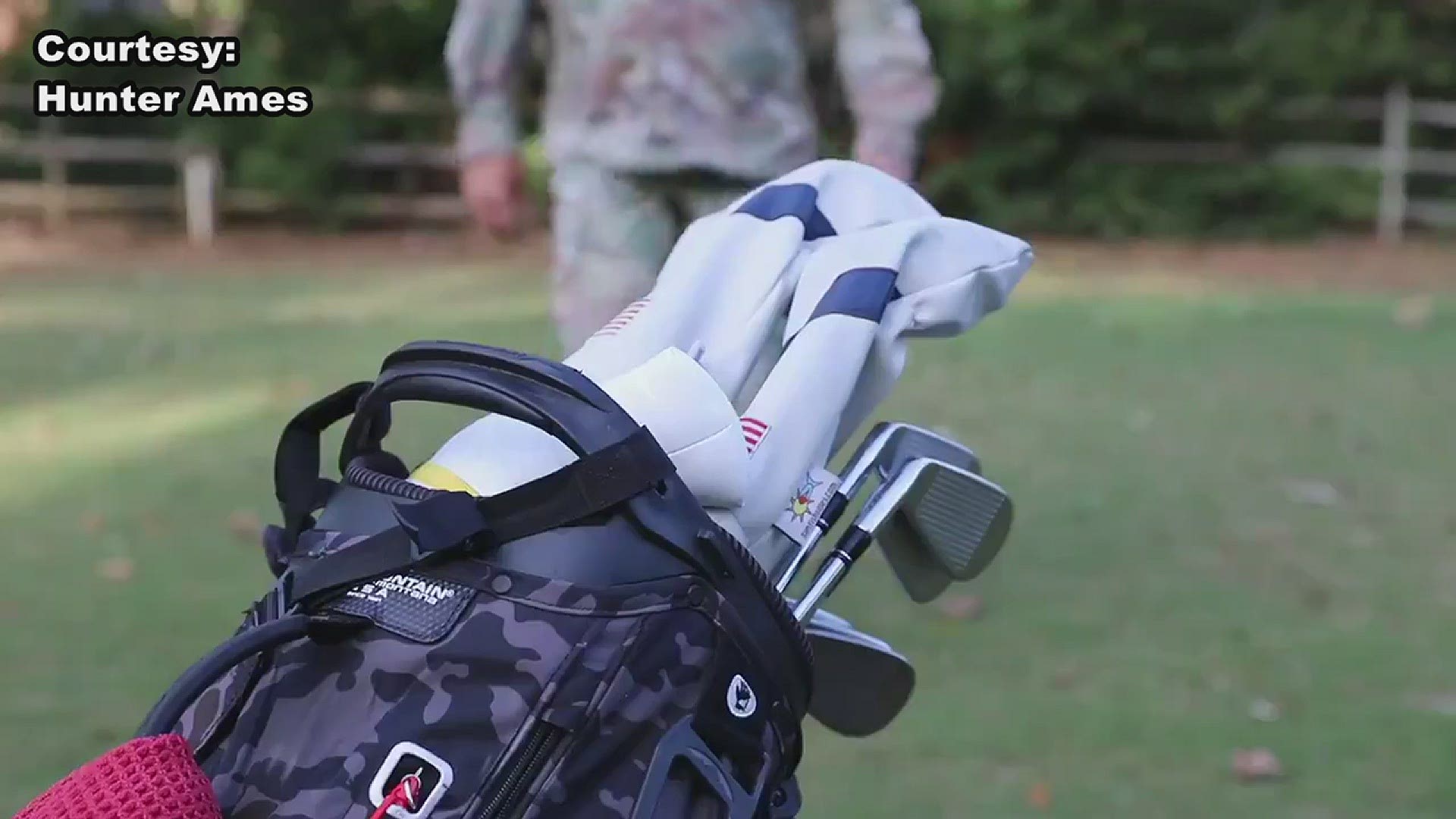 MEMPHIS, Tenn. — Staff Sargent Jonathan Shuskey will end a 20-year military career next August, and begin a new journey as a college golfer.

The 38-year-old signed to play golf with Christian Brothers University this Veterans Day.

"My plan was to go back to school anyway," Shuskey said. "So why not play golf while I'm there?"

After five deployments, including one incident where he was laid out by two exploding IEDs, Shuskey feels lucky to be physically able to play a sport.

"Every one of those guys on the ground with me said 'We thought you were gone,'" he recalled. "They got to me and I just sat up and said 'I've got a little bit of a headache. What just happened?'"

He walked away with only a mild concussion.

"To get through 20 years on this job and get through five deployments, and really come out of all of it with my health, I'm just blessed," he said.

Signing day! The next chapter starts today. Thanks to @mbricegolf1 (@CBU_Golf) for believing in the old guy and giving me this opportunity. We’re excited to get to Memphis and @FromCBU next fall and get to work! #BUCNation #BeElite #TCB pic.twitter.com/vSY2iqrg7l

The idea to play collegiately came while Shuskey was on the All-Army golf team. He learned that, despite his age, he still had NCAA eligibility and began contacting coaches.

"The responses I got back were really nice, but I think that everybody thought that I was a little bit out of my mind."

That was until a feature in Golfweek changed the conversation immediately.

Ultimately, the Division II CBU and Memphis, Tennessee were the choice for Jonathan, his wife Teresa, and their four children.

"It's not the typical 18-year-old coming to live in the dorm rooms," he said with a laugh. "I'm bringing a whole family with me when I come to do this."

Shuskey hopes to set an example for other veterans for what is possible after their service.

"I know a lot of guys that get out of the military that don't have that plan and they struggle early on," he said. "Have a plan and figure out what you want to do when you leave.

"I want really my message to be two-fold. Maybe it's for my kids, maybe there is another 38 or 40-year-old guy out there somewhere that there is something that he has never done and he wants to do it. My message to them is just go and do it. There is nobody stopping you."

Shuskey will not be on scholarship at CBU. Because of his GI Bill, he does not need to be.