Where did Memphis, Tennessee and Arkansas land? 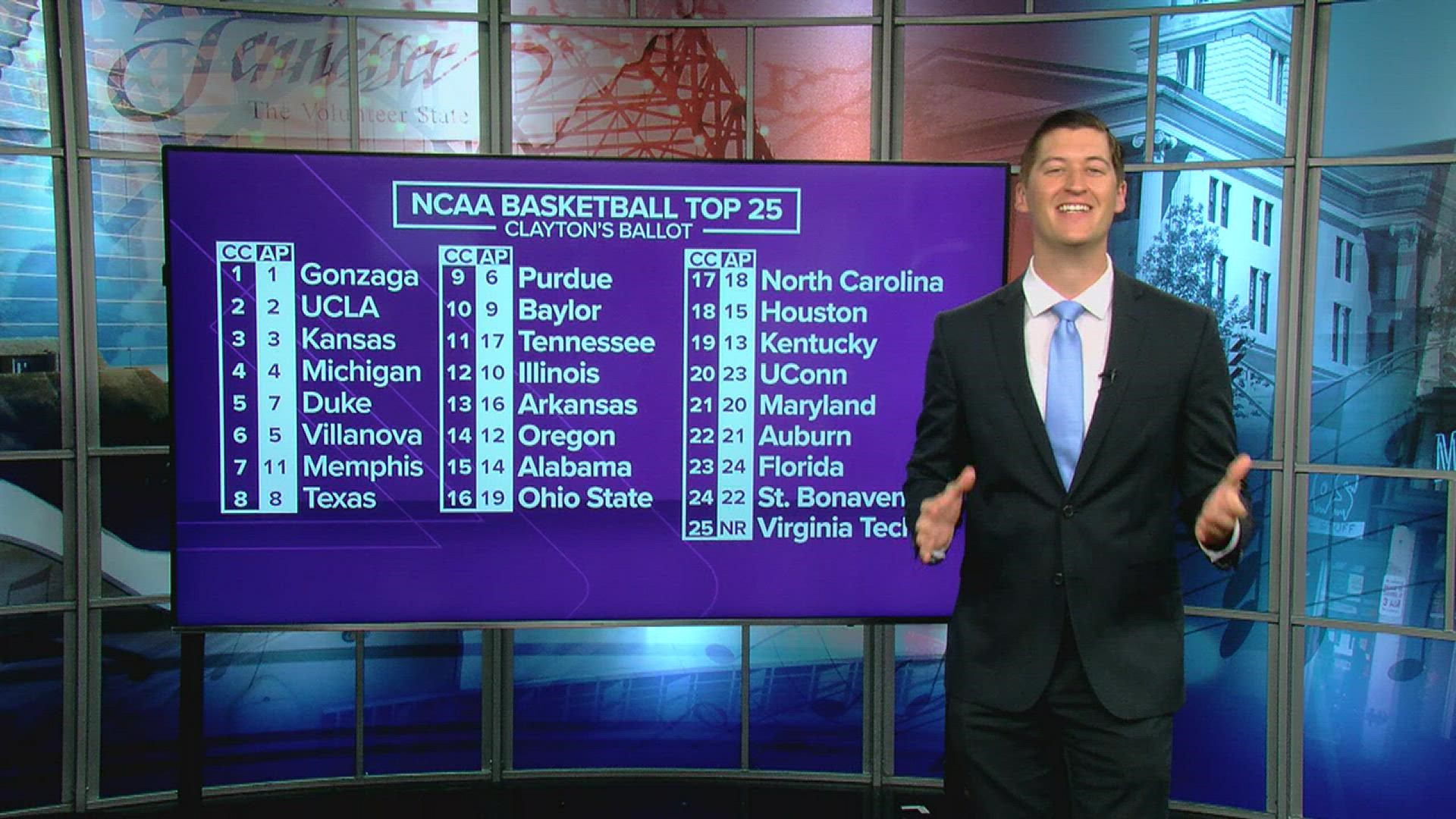 MEMPHIS, Tenn. — College basketball is finally back. And with it, the AP Top 25 men's basketball poll. One week of games is not enough to determine the trajectory of a team's season, but there were some impressive wins, and surprising losses in Week One.

THE RANKING—Gonzaga, UCLA and Duke all boasted Top 10 wins this week over Texas, Villanova and Kentucky respectively.

Memphis had two impressive, dominating wins over Tennessee Tech and NC Central. I'm curious to see how the rotations change as the competition turns up a notch. Next up comes home contests against St. Louis and Western Kentucky.

Tennessee's Kennedy Chandler came into the season as the highest-rated freshman point guard in the county. He's looked as advertised in his first two collegiate games, averaging 18 points and five assists while hitting 6-of-7 three-pointers. UT's first major tests come in this weekend's Hall of Fame Tip-Off Tournament in Connecticut. The Vols get Villanova on Saturday and either North Carolina or Purdue on Sunday.

The Gators topped No. 20 Florida State, 71-55 this weekend, looking much better than their No. 7 ranking in the SEC preseason media poll. Colin Castleton, however, showed he was every-bit worthy of his first team all-conference selection, recording 15 points, 16 rebounds and six blocks in the win. Florida enters my ballot at No. 23.

Virginia Tech enters at No. 25 after topping Navy, who just beat the preseason No. 25 Virginia.