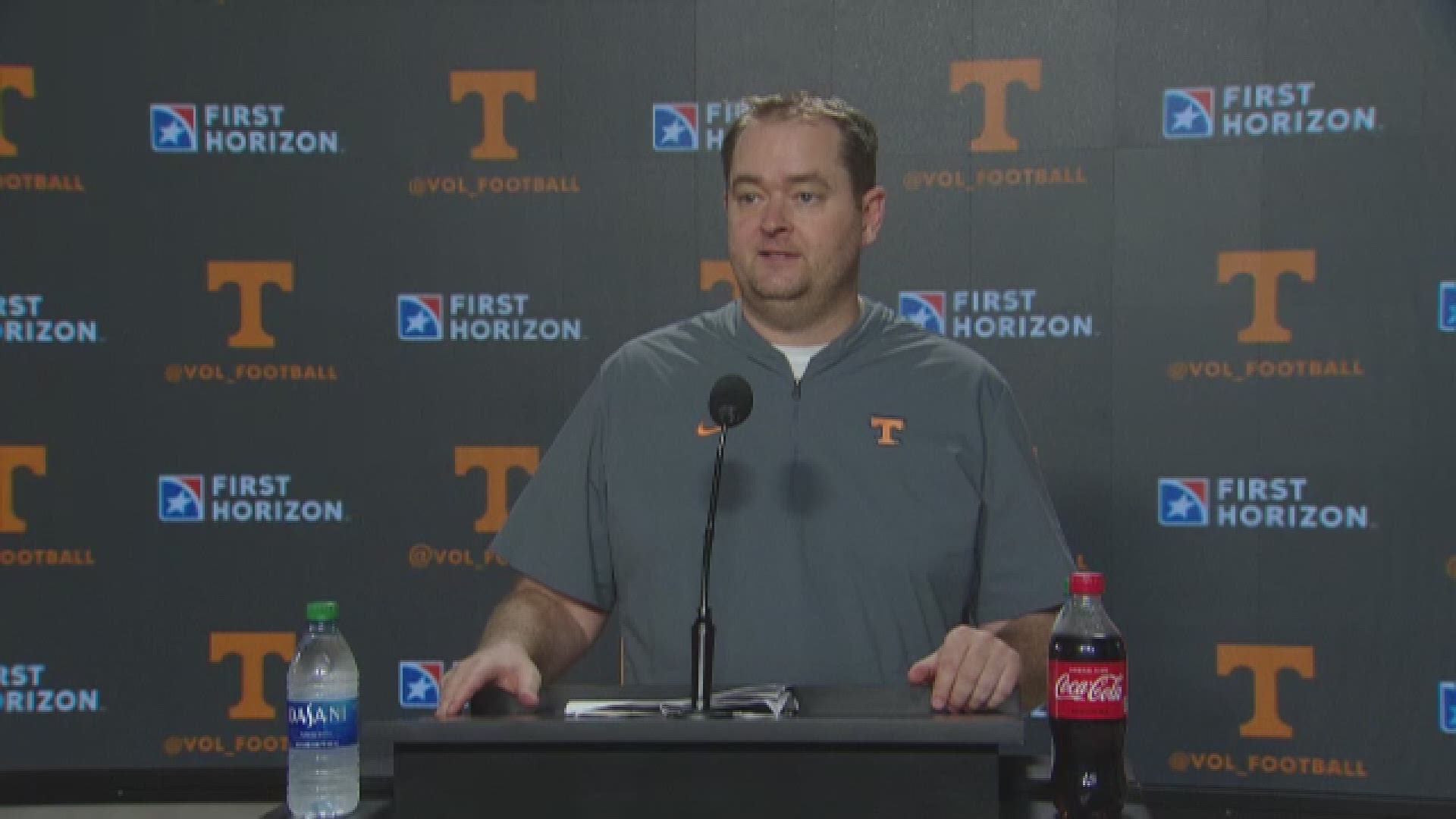 KNOXVILLE, Tenn. — After a slight delay, the Vols are back on the football field to start the Josh Heupel era. Tennessee held its first of 15 spring practices on Thursday. Head coach Josh Heupel spoke to media members after practice to recap the day.

Tennessee released its official spring roster on Thursday. A few key players are not listed. Safety Shawn Shamburger, defensive lineman Emmitt Gooden and linebackers Quavaris Crouch and Henry To'o To'o are noticeable omissions. These players entered the NCAA Transfer Portal earlier this year. They are eligible to return to Tennessee.

As for the players on the roster, coach Heupel has not switched any positions.

"Our roster for the most part has stayed status quo as far as their homes and where they’re starting out at. I think as we go through the early part of spring ball here, we’re going to find out a lot more about who they are as a player, their skill set. How they fit in to what we’re doing, how they’ve grown in the offseason," he said.

Heupel announced that there is a group of players suspended from team activities, following an on-campus incident. Coach confirmed that freshman quarterback Kaidon Salter is among that group. Salter was one of four players arrested on drug charges on March 9. Linebackers Aaron Willis and Martavius French and defensive lineman Isaac Washington are the other players.

FR quarterback Kaidon Salter is part of a group of players who are suspended from team activities. He did not practice today.

"I got a note full of things that we’ve got to correct as players and coaches and spots to have for the next practice. But I love the energy and effort. And if you get those things from your players, great energy, great attitude, and you become a tough football team. Then it's a it's a lot of fun to coach that type of group," he said.

The spring football season ends with the Orange & White game on April 24.