It wasn't the usual game-day celebration, but fans still found ways to show pride in their teams, from a distance. 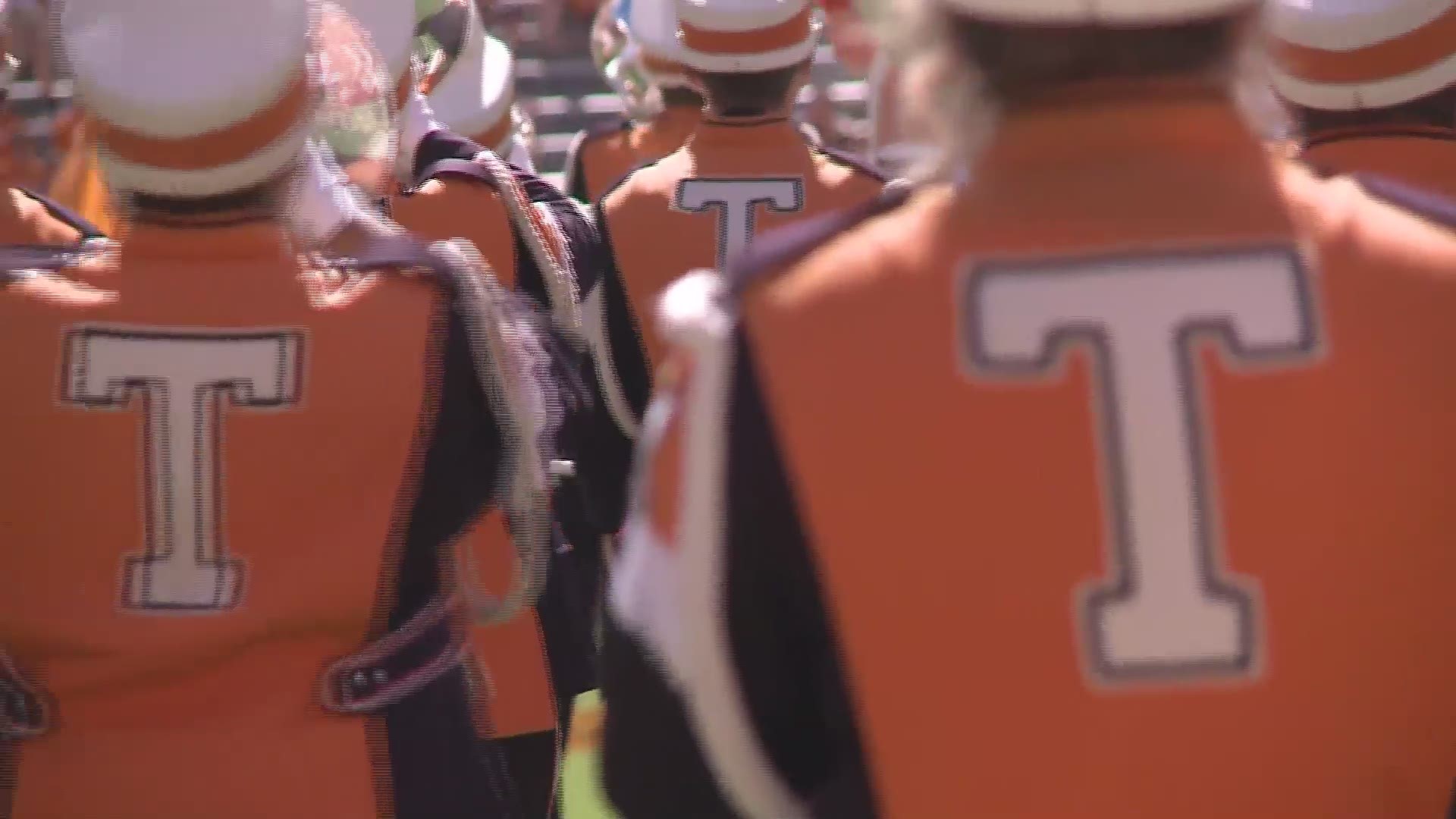 KNOXVILLE, Tenn. — Even though it was "homecoming" on Rocky Top — fans said it didn't feel like it.

The University of Tennessee chose a toned-down "Spirit Week" this semester, instead of offering usual homecoming week festivities. However, some tried-and-true tailgaters brought fan pride to their setup despite the setback.

Homecoming is usually music to Mark and Karen Bowling's ears — alumni of the Pride of the Southland Band.

"It's a very different homecoming than we're used to, for sure," Karen Bowling said.

The married Pride of the Southland Band alumni said that it stung to not have a chance to march and play in the Vol Walk and during halftime.

"That's a chance for us to relive our glory, but unfortunately we can't," Mark Bowling said. "But we're gonna support our Vols any way we can and we're gonna do it right here."

They were in the shadow of Neyland Stadium, at the tailgate they throw every home game.

"This is tradition and Tennessee is all about traditions," Mark Bowling said. "So, we're here, we're gonna be here, win, lose or draw. We're always gonna be set up right here."

While it's smaller than usual, they still grill, watch and wait. At their spot, they said get to cheer for touchdowns twice.

"We're on a one-play delay generally and we get to celebrate the good stuff twice," Karen Bowling said. "I always wonder what the sounds are that are coming in our direction, but it's great to hear those fireworks go off."

The Kentucky game only brought one magic moment, but that's not stopping them from enjoying the ride, hoping for better days and listening to the band play from a distance.

"We'll just wait patiently for it to come back to its full swing," Karen Bowling said.