AD Phillip Fulmer said Pruitt asked not take a raise this year because of the COVID-19 pandemic. Next year, his salary will increase from 3.8M to $4.2M. 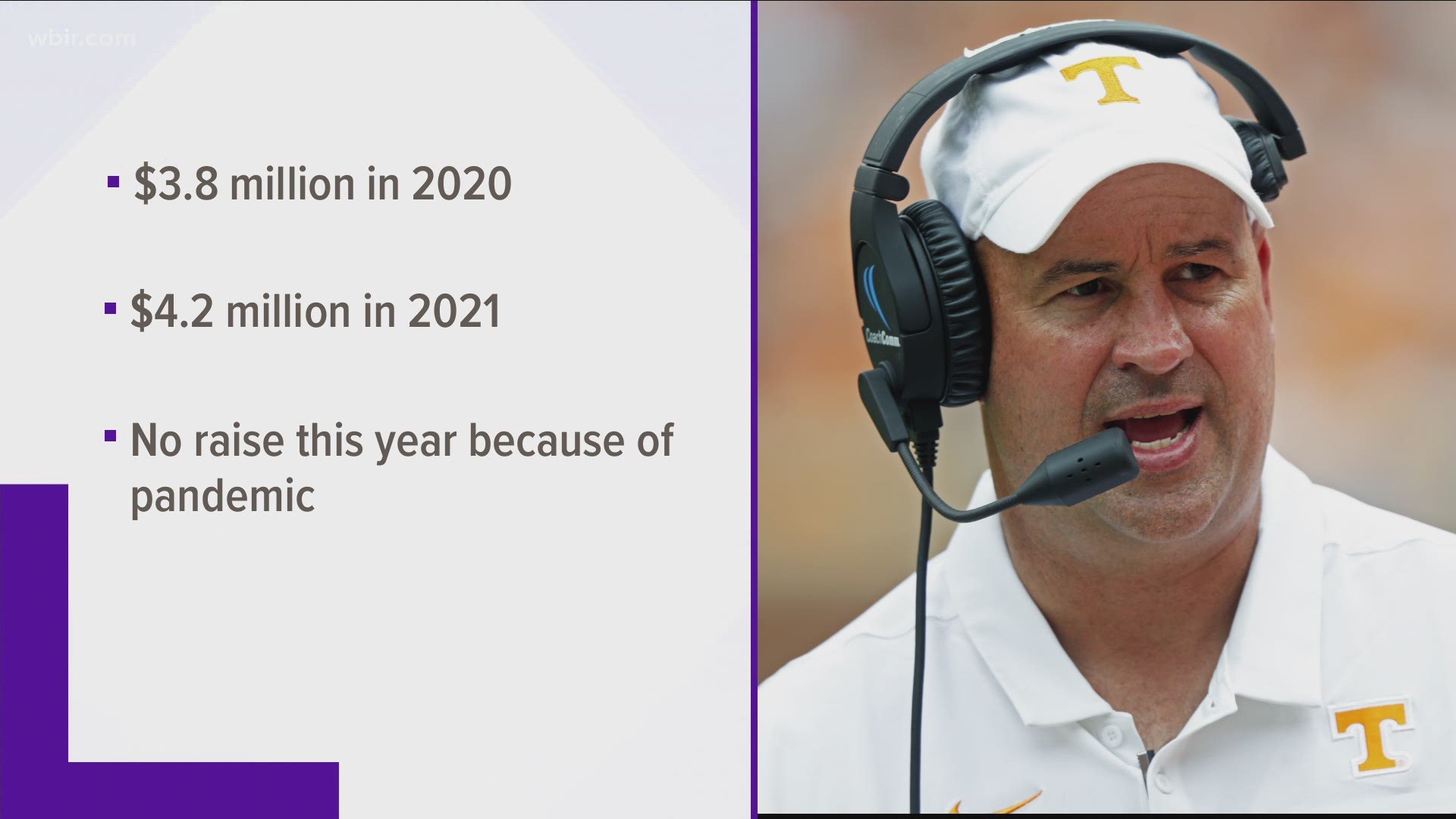 KNOXVILLE, Tenn — As the Vols head into the first game of the 2020 football season, UT offered a big boost of confidence to head coach Jeremy Pruitt.

Director of Athletics Phillip Fulmer announced a contract extension through the 2025 season and a raise for Pruitt.

In a press release, UT touted Pruitt's accomplishments in two years at the helm, including his establishment of a culture of toughness, last season's bowl appearance following a six-game winning streak and a top-10 recruiting class.

"I'm excited that this extension gives Jeremy the runway to continue to build on the momentum and energy we have around our football program coming out of last season," Fulmer said. "He has made excellent progress entering just his third year and clearly realizes there is much work still to be done. This extension secures him to continue his efforts to return our program to a championship level and shows our commitment to him, his staff, this team and the future of the Tennessee Volunteers. I am very grateful to Chancellor Plowman, our administration and Board of Trustees for their confidence and support as well as their leadership and attentiveness to the future of our overall athletics program.

Tennessee said Pruitt has found success at every stop of his career, including a 109-25 record as an assistant or head coach at the collegiate record. At UT, his record is 13-12.

"Jeremy and I were close to finalizing his extension early this year. But once the pandemic hit and we learned more and more about its potential impact on the department, Jeremy informed me that he preferred not to accept a raise for this year. His focus quickly shifted to his players and supporting them through a period of interruption and uncertainty. His selflessness and concern for the greater good has been neat to observe through all of this."

Pruitt was introduced as UT's 26th head coach on Dec. 7, 2017, leaving an Alabama dynasty where he collected five national championships as an assistant coach.

"My family and I are grateful for the unwavering commitment the University of Tennessee has made to us," Pruitt said. "We have worked hard to build our program the right way in a short amount of time, and there is still much work to be done. It's a privilege to coach and mentor the outstanding young men who represent the Tennessee Volunteers. We are excited about the future and will continue to build a program Tennessee fans can be proud of."

After a rough start to the 2019 season, the team turned the season around, finishing with six consecutive wins and an 8-5 final record and a TaxSlayer Gator Bowl victory over Indiana.