COVID-19 canceled his senior season and shortened the 2020 MLB Draft, but allowed Denz to be home to celebrate with his family 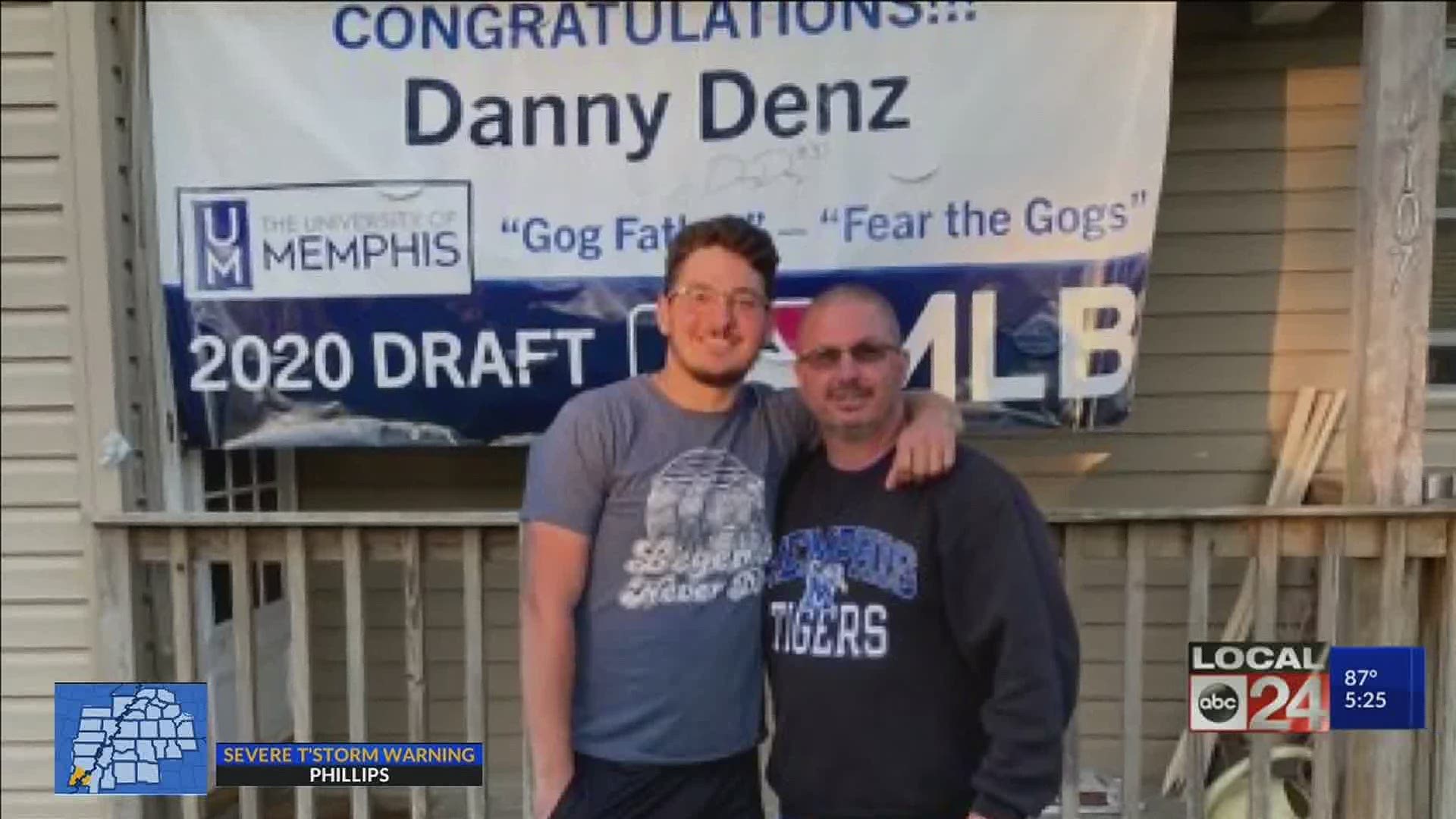 His senior season was canceled due to COVID-19, and the 2020 MLB Draft was shortened from 40 rounds to just 5.

"We're going home in March, like what's going on," Denz said. "It was just super weird and definitely very stressful because, I didn't know if I was going to be able to play again."

Suddenly Denz was back home in Illinois.

"There was just so much unknown and it was just so hard because no one had any answers," he said.

With gyms and fields closed, Danny spent those crucial months leading up to the draft going back to basics. He worked out in the garage with his dad and threw bullpens in the backyard.

"In Illinois it's pretty limited with what we can do going out-wise," he said. "We like working out together, he likes to visit my bullpens even if they're an hour and 15 minutes away in Indiana."

Danny wasn't selected in the shortened draft, but signed an undrafted free agent deal with the San Diego Padres.

"I choked up, it's very emotional," his father, Dan said. "Just having your son work so hard towards his dream and it became a reality. It's an awesome feeling."

The circumstances that put Danny's future in doubt also allowed his family to be there to watch it unfold.

"What happened over this past week has been the best father's day gift ever," Dan said.

With minor league baseball unlikely to resume until next year, Danny still has plenty more workouts ahead with dad, and more of mom's home cooking.