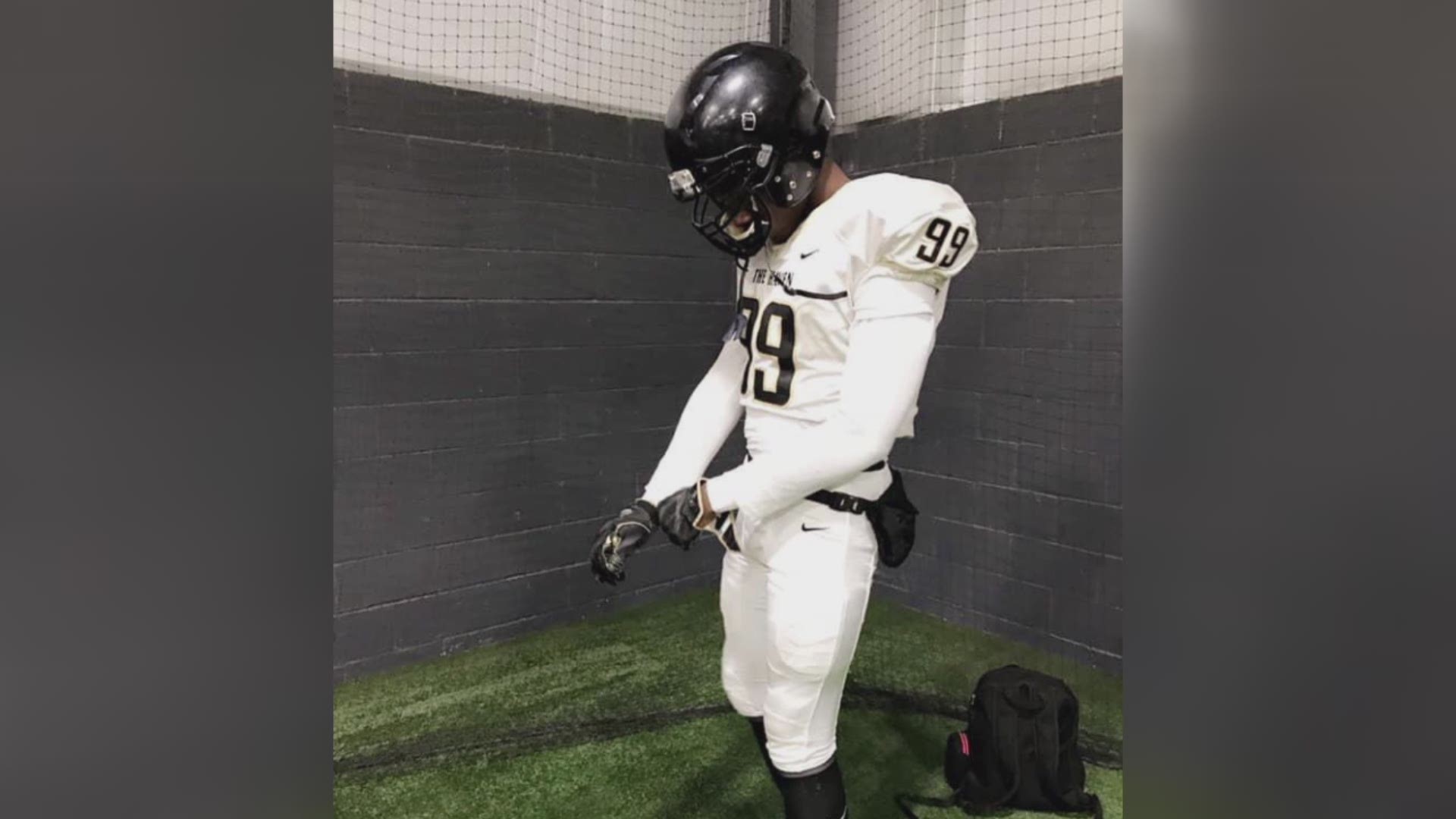 "He still had a door open for him," he said. "He was preparing to seize that moment, and unfortunately gun violence did not allow him to see that end."

The Whitehaven football team was just arriving to practice last Thursday when they learned Robinson, a senior with hopes of playing college football, was shot and killed at a gas station near the high school

"It's been heartfelt and heartbreaking," Saulsberry said. "But it is something as men that we have to shoulder and stand up and be there for our children and our young student athletes."

The investigation into the shooting is ongoing, but Saulsberry is not focused on the details.

"Because no matter what the case is," he said. "It wasn't worthy of him losing his life."

Rise & grind. Everyday is an opportunity to make yourself better.

There is no playbook for this pandemic yet for the epidemic of poverty & inequity that plagues our neighborhoods & community, athletics is one vehicle of change that gives our youth hope for something more. #994L pic.twitter.com/720TVx3nPO

Instead, the Tigers longtime head coach wants to remember Robinson for who he describes as a fun-loving personality, and a young man with a future both on and off the field.

The 6-foot-7-inch defensive end could not always be at practice, but Saulsberry understood. Robinson also worked at a local Krispy Kreme to help support his family.

"He saw the future," Saulsberry said. "He saw that he could be more and he could live beyond his circumstance. We were very hopeful for the promise that he had in his life. Although the time ran short and he was not able to fulfill those dreams, his dreams can be fulfilled through the lives of the other young men, the lives he touched."

Saulsberry says it takes the entire Memphis community to help them get there.

"We may have our differences, and things are different, but the number one thing: we're all in the same boat," he said. "We are all fighting the same battles and we all want the best for our children, so we all need to bond together to make sure we're working to that end."

A service for Robinson will be limited to immediate family and his teammates.