Detroit based football camp makes a trip to Memphis

The Big300 camp gave local Memphis athletes the chance to compete in front of college coaches. 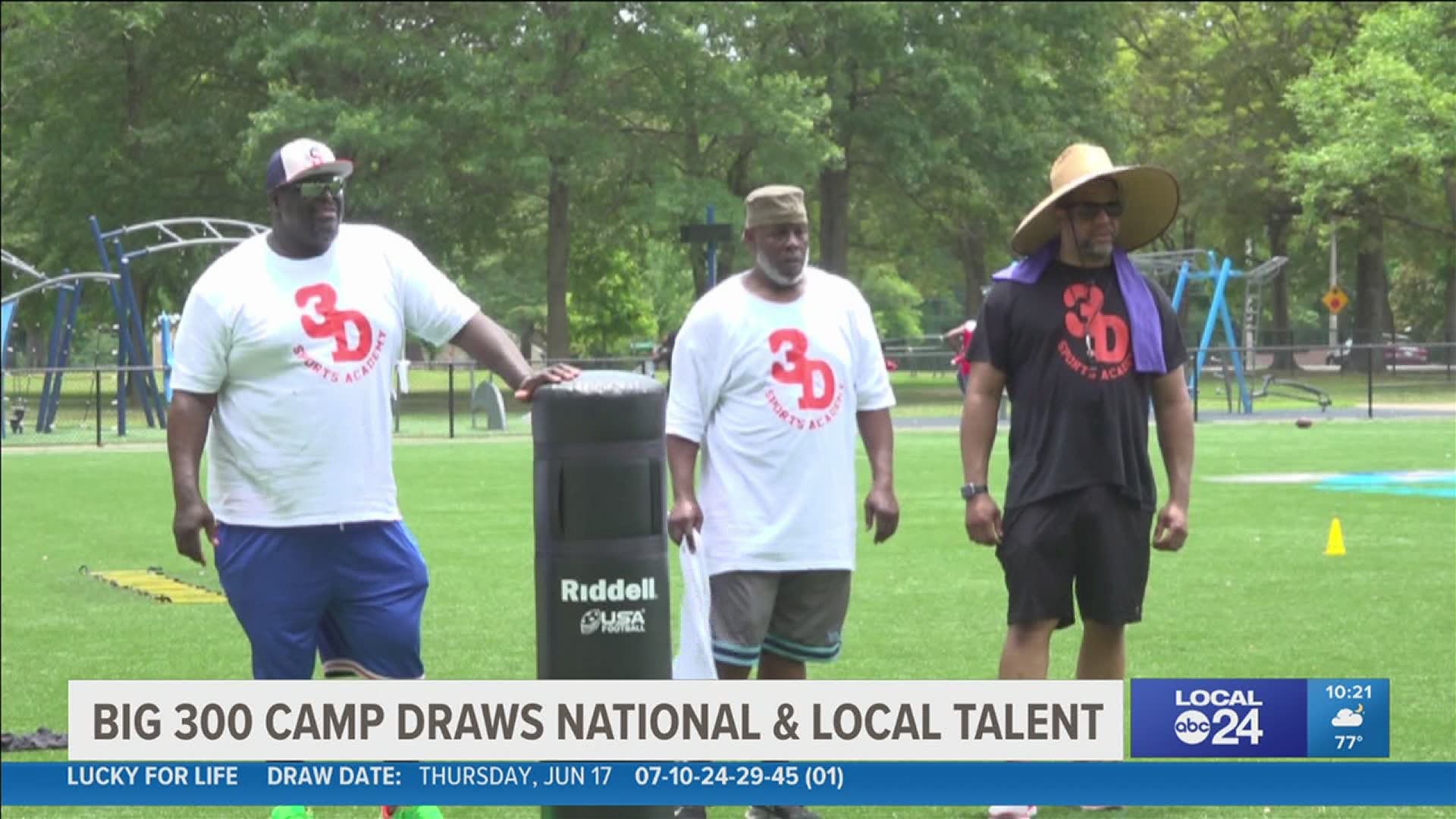 MEMPHIS, Tenn. — Footwork, route running techniques, and motivational moments were all a part of the Big300 Football Camp on Saturday.

“It’s giving kids something that they didn’t have, that I didn’t have,” said coach Mansfield Denkins.

Make plans to attend. Another opportunity to show your skills to college coaches and learn from former NFL players. pic.twitter.com/VthA49WGXv

Johnson was a part of the "greatest show on turf" with the St. Louis Rams.

He even played in Superbowl XXXVI.

“I was an offensive lineman for eight years in the NFL. I’m here to just give back, so kids can chase their dreams,” said Johnson.

Kids traveled from as far as Cincinnati to be a part of the exposure combine-style camp.

Locals also used the camp to sharpen up their game headed into the 2021-22 season after last season was canceled, due to the pandemic.

“We didn’t have a season last year because of COVID, sadly, but you know we’re striving to get back to that 6a program that we are,” said Germantown high wide receiver Aden Curry.

Aden added, not showing up to a camp like this would be a missed opportunity.

“It’s nothing like it, like they say it’s toolbox work you’re going to use everything they told you out here,” Curry explained.

The coaches made it clear, a camp like this is bigger than ball..

“We’re losing those key moments where we can just turn somebody’s life in the right direction. For me, it’s more important than just football. It’s about giving the young men a word telling them how important his freshman year of school is,” said Johnson.