Down 3-1 to Jazz, Grizzlies remain positive ahead of Game Five in Salt Lake City 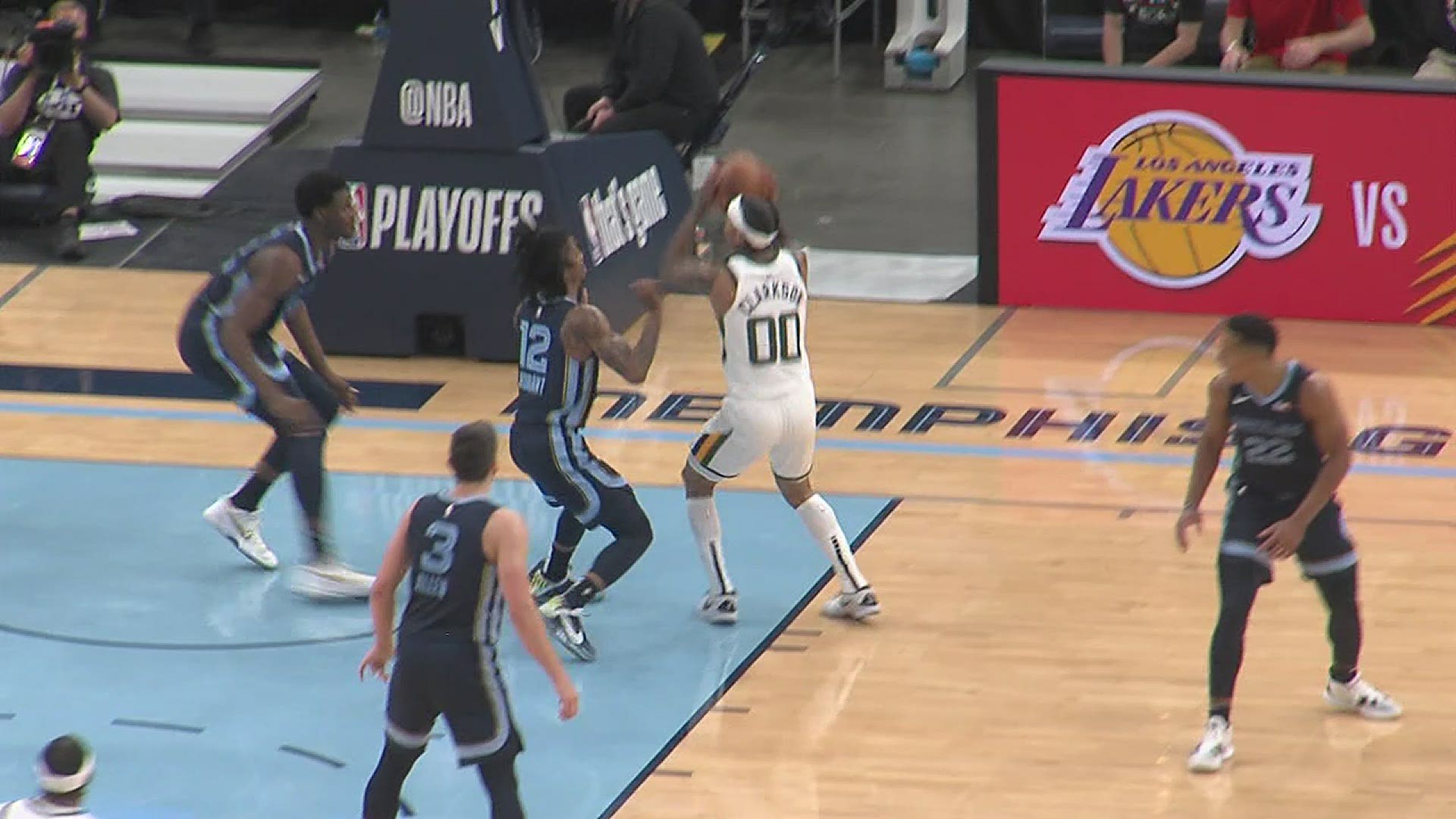 MEMPHIS, Tenn. — The Jazz capitalized on every Grizzlies slip up. There was a counter for every Memphis bucket.

"They just have a response for everything," Taylor Jenkins said after the 120-113 loss.

The Grizzlies did not always play smart in Game Four, but they played hard, with desperation and intensity. It just was not enough against the top-seeded Utah Jazz.

"They’ve done this the entire season," Jenkins said. "There is nothing to be frustrated about when we gave it a great fight against the best team in the NBA."

"That’s what makes the Jazz such a great team," De'Anthony Melton said after contributing 15 points off of the bench. "They adjust on adjustments. We all said in the locker room that if you make one little mistake, they will make you pay for it.”

"I wouldn’t say it’s frustrating, it’s actually encouraging, that with the group we have and the group they have, that we’re going toe-to-toe. It’s been phenomenal to watch.”

Memphis has taken the hard road the entire way to get here. Doesn't get much tougher than being down 3-1.

The Jazz take a 3-1 series lead back to Utah for Game Five, with a chance to close out on their home floor.

A No. 8 seed has never come back to win an NBA playoff series after going down 3-1 to a No. 1 seed, but the Grizzlies are focused on the task ahead in Salt Lake.

"We are right there," Melton said. "We have a lot of fight in this team. They are the No. 1 seed, and they are not going to back down.”

"All we have to focus on is winning one game," Jenkins said. "We've been great on the road. We won there before. It's going to be the hardest game of the year for them to win. Our focus is going to be to go out there, compete and fight and give it our best shot and play our best basketball."