Ryan Silverfield: "Every day we get to be together, we're grateful." 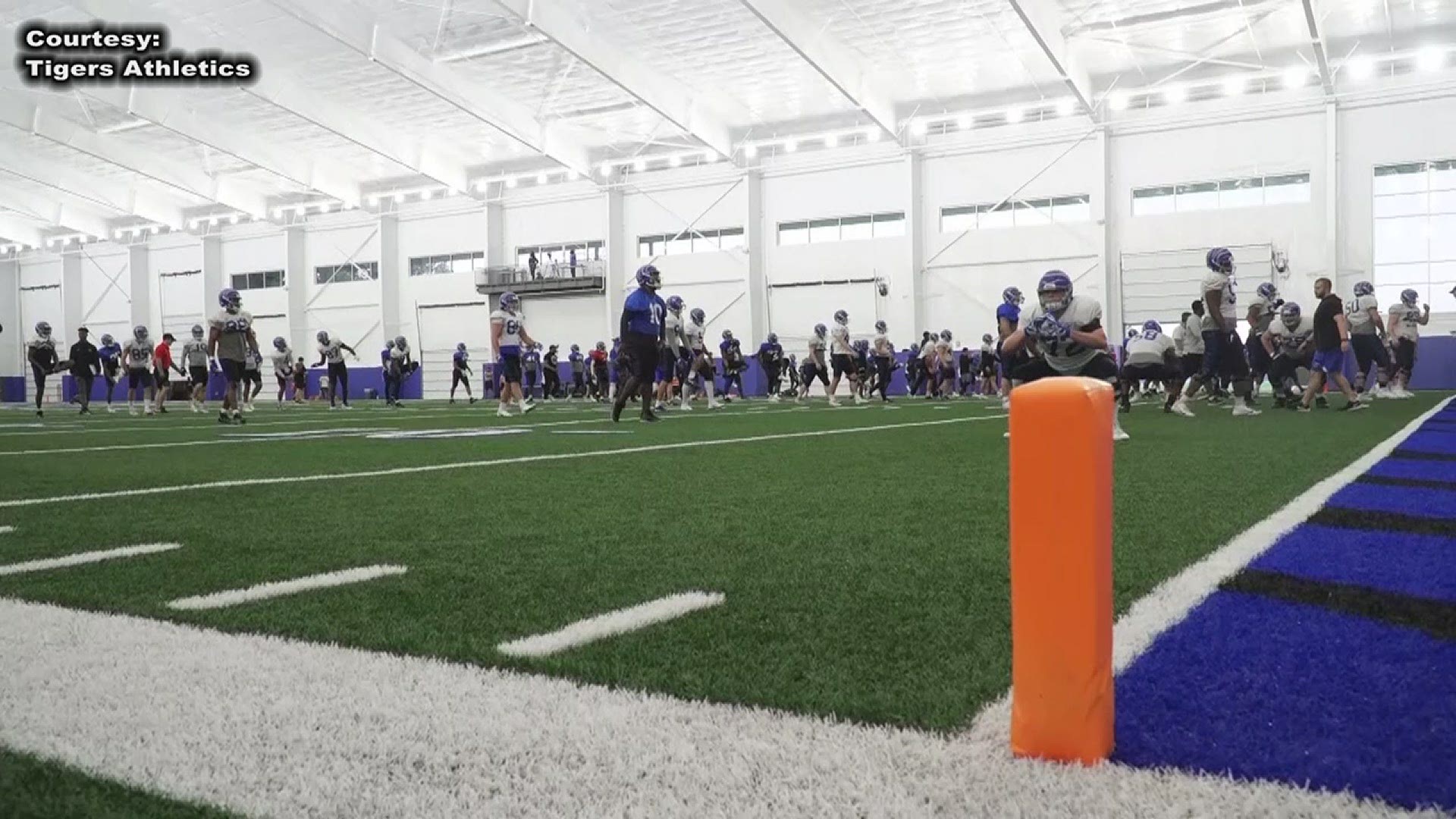 MEMPHIS, Tenn. — As we draw closer to Friday Night Stripes, the intensity is mounting in Tigers spring practice.

"We've probably had more scuffles break out in Spring ball, and that's okay," Ryan Silverfield said. "As long as I don't get fisticuffs in the side of this pretty face, I'm okay."

But the Tigers head coach was dealt a blow to his coaching staff this week, with newly installed special teams coordinator Drew Svoboda leaving to join Nick Saban at Alabama. Covering that phase has been a group effort.

"All hands on deck, it really has been," Silverfield said. "Any time we have staff changes, everyone gets involved."

"Coach leaving was a shocker. But you can't blame him," long snapper Preston Brady said. "He was going to the top of the top, so you can't blame him. We've all handled it really well. Coach [Jordon] Hankins has really stepped in. It's been really good. It's been smooth, so hopefully we can get a new guy in here soon and get the ball rolling."

But even being down a coordinator, Silverfield still feels ahead of the game with a traditional spring season at his disposal. Coaches and players alike are just glad that this year, Zoom is not part of the practice regiment.

"There's everyday reminders," Silverfield said. "Some of these FCS programs that are having to cancel seasons. Other teams in spring ball having to cancel practices or go on COVID pauses. So every day we get to be together, we're grateful."