Never have the Grizzlies played a home game without a single ticket sold. 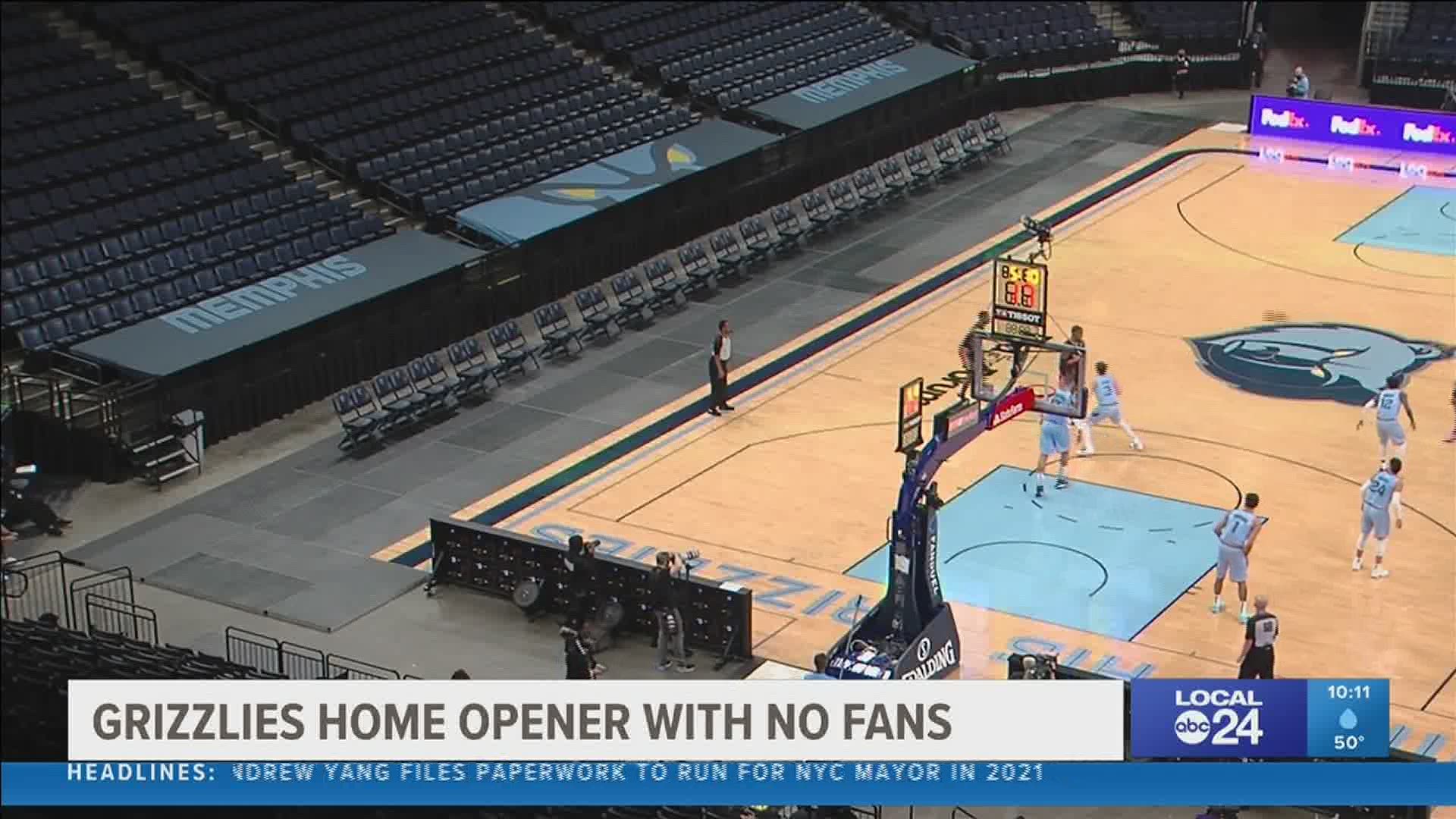 MEMPHIS, Tenn — It was the first game of the Grizzlies' season and fans were nowhere to be seen at FedEx Forum on Wednesday night.

There wasn't a soul in their midnight blue and Grizzlies gold lined up at the box office or an usher at the pavilion doors checking tickets before sending people to their seats.

No hotdogs or barbecue nacho for sale either.

It was a strange sight to see, to say the least. It didn't look, feel, or smell like the season opener for the Beale Street Bears, but it's bittersweet knowing the Grizzlies' den will still have some action this season.

On the hardwood, it looked like a typical season. The starting five was announced with the terrific voice from the announcer and mascot Grizz near the baseline dancing in excitement.

However, it did sound a little like a normal game. A subtle hum from a crowd recorded in previous years was played giving the illusion it was not 2020.

An exciting night for #Grizzlies fans even though no was allowed to see the season opener in person.

It’s a strange sight to see.

The only live audience tonight was camera crews and sports reporters. @LocalMemphis pic.twitter.com/kA8h3z1XPz

The reality is far different though. From the arena's press box, you could see all the empty seats once filled with exhilarated fans that made the Forum come alive. The only live audience for the players is camera crews and sports reporters capturing the game to bring to you at home.

It's unusual after a three-pointer or an unfortunate turnover that there's not a crowd erupting making your seat shake a little.

Grizzlies fans don't have to be told that it's nothing like years past. There aren't diehard fans screaming at the referees, dancing to the music, or enjoying a win from their hometown team.

So, while we enjoy catching the games from the couch, hopefully, we'll all be back packing the house again soon.