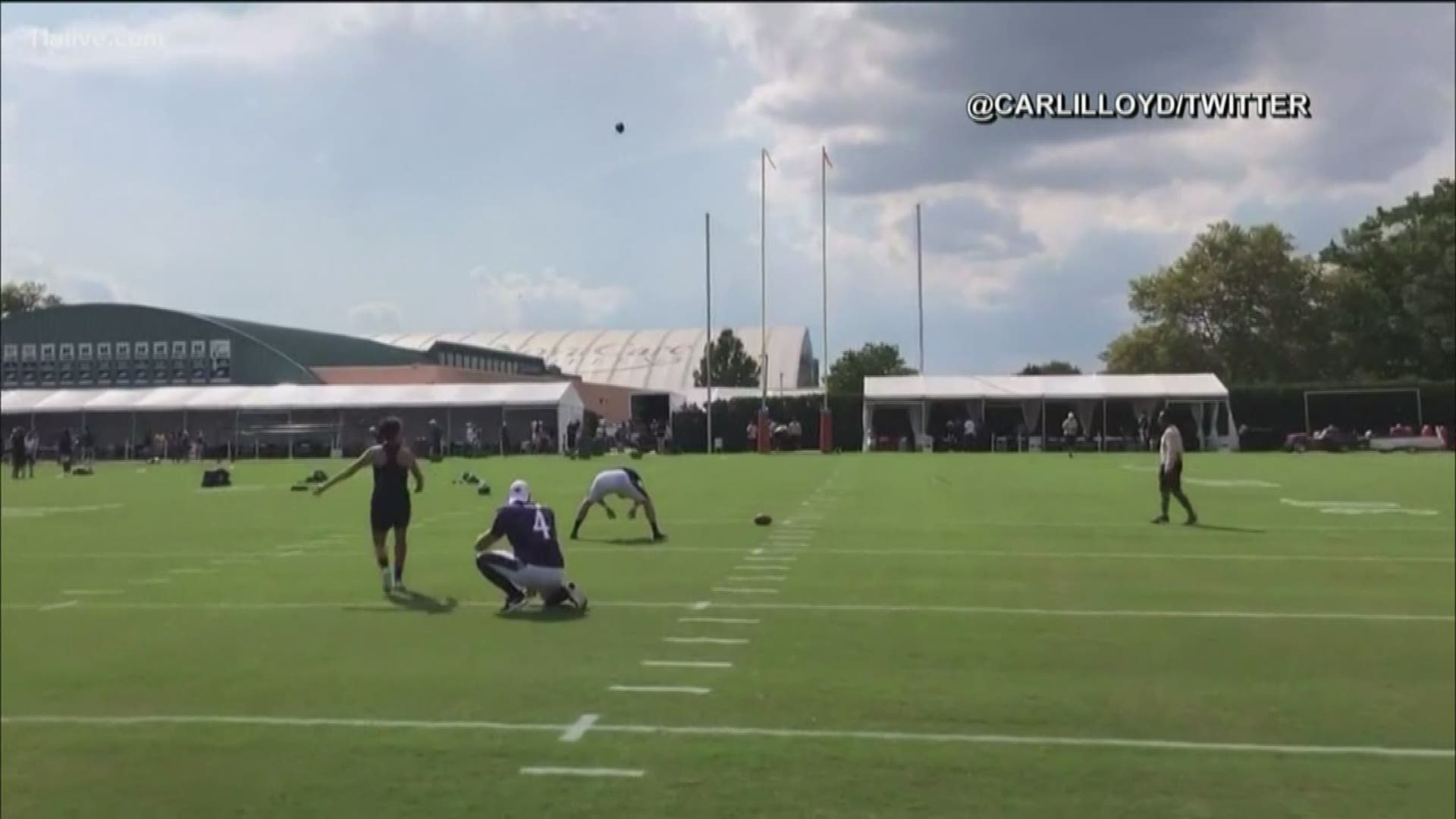 ATLANTA — If Carli Lloyd does indeed want to try her hand (or foot) at NFL kicking, she’s got an Atlanta sports legend in her corner.

Former Falcons kicker Morten Andersen, who famously sent Atlanta to Super Bowl XXXIII with a game-winning field goal in the 1998 NFC Championship game, tweeted at Lloyd on Wednesday “if you want to kick in the @nfl let me know, here to help!”

“Pleasure speaking with you today! Might take you up on your offer!” she tweeted back.

She added a goat emoji (for GOAT, or “greatest of all time”) and the hashtag #legend.

There’s been football buzz around the two-time World Cup winner and FIFA World Player of the Year since she went to a Philadelphia Eagles practice as a guest and kicked a 55-yard field goal.

Video of the kick went viral, and fans speculated about whether she really could try out for an NFL team.

Lloyd told NBCSports.com she believes women can be kickers in the NFL, and that she thinks she could do it.

"Put on the helmet, strap on the pads, go for it. The mindset I have, I think with practice, I know I have to work on my steps and my technique, but I think I could do it and do it well. It could be a huge pivotal moment. There is no reason why a woman could not do this," Lloyd said.

Lloyd was even invited to play in a preseason game, her trainer said, but a conflict with her first sport made it impossible.

“The coaches and his GM, they all saw the video,” she told NBC Sports. “They were like, What is she doing next week? I’m laughing about it, but the more I think about it, this has the chance to be sort of a pioneering moment for women.”

MORE ON THIS STORY

Matt Bryant to try out with Falcons, he says