Fans, politicians, and players weigh in on postponement of Big Ten and Pac-12 football seasons

Two conferences in the Power 5 postpone fall sports seasons due to the COVID-19 pandemic. 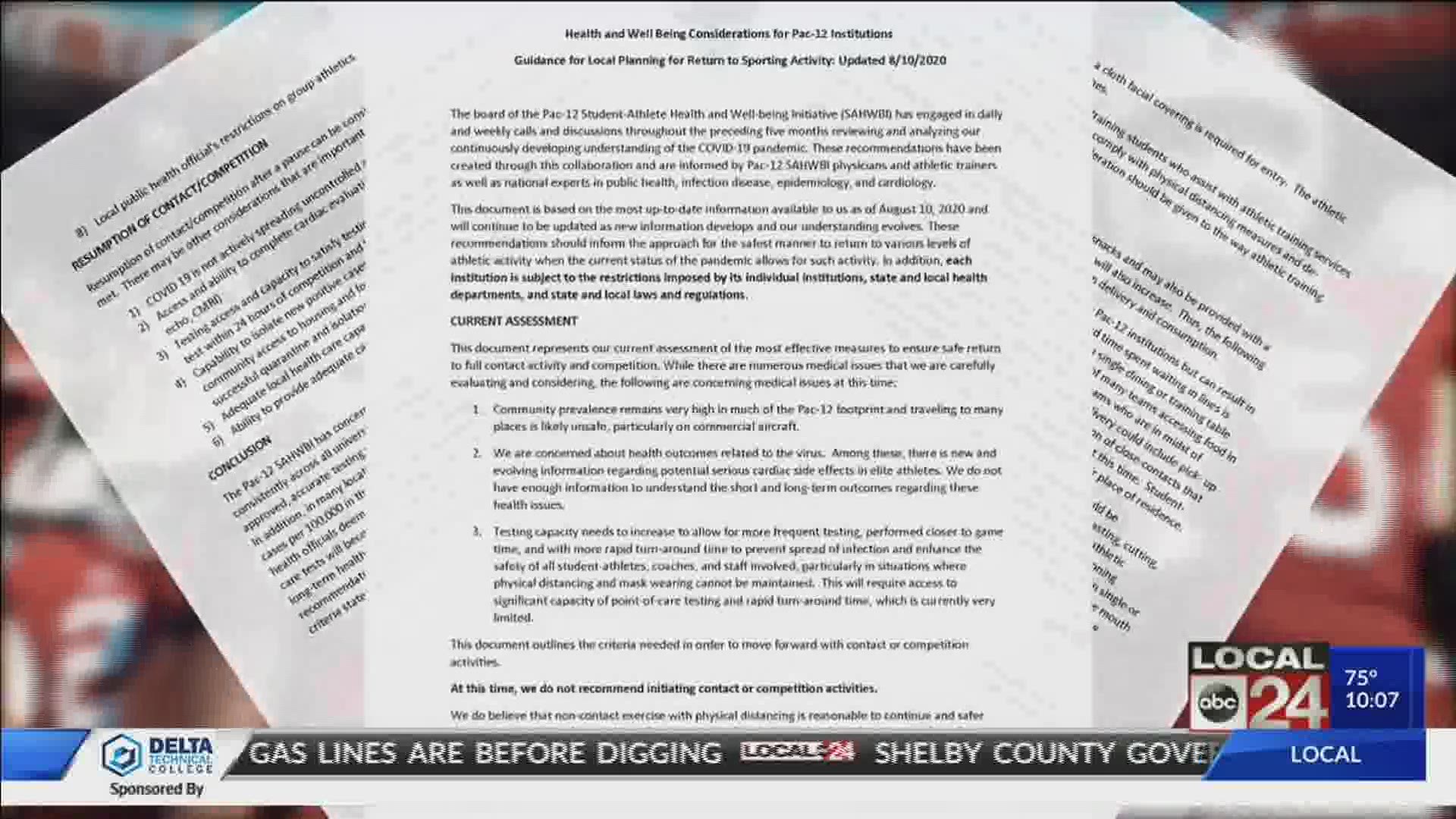 MEMPHIS, Tenn — Fall football hopes for some conferences are dashed over concerns of the coronavirus.

The Big Ten and Pac-12 both announced the postponement of their seasons Tuesday. The move comes as a local state governor criticized it and some high-profile athletes have plead for the game to continue.

The decisions were shocking but not totally unexpected. Of course there’s strong opposition to the move by the Big Ten and Pac-12.

On Twitter, Mississippi Governor Tate Reeves said in part, “College football is essential…conferences that completely cancel football are doing it because they’re scared of lawsuits and bad press.”

Star quarterback of the Ohio State Buckeyes, Justin Fields, tweeted his disappointment over the Big Ten announcement. It was summed up in the simple abbreviation of ‘shaking my head.’

On Sunday, Fields tweeted the hashtag ‘we want to play’ also saying “there’s been too much work put in.”

President Donald Trump also chimed in with his opinion on Twitter saying, “the student-athletes have been working too hard for their season to cancelled.