FedEx requests that the Washington Redskins change their name

Many people, including those in the Native American community, say the team's name is disparaging 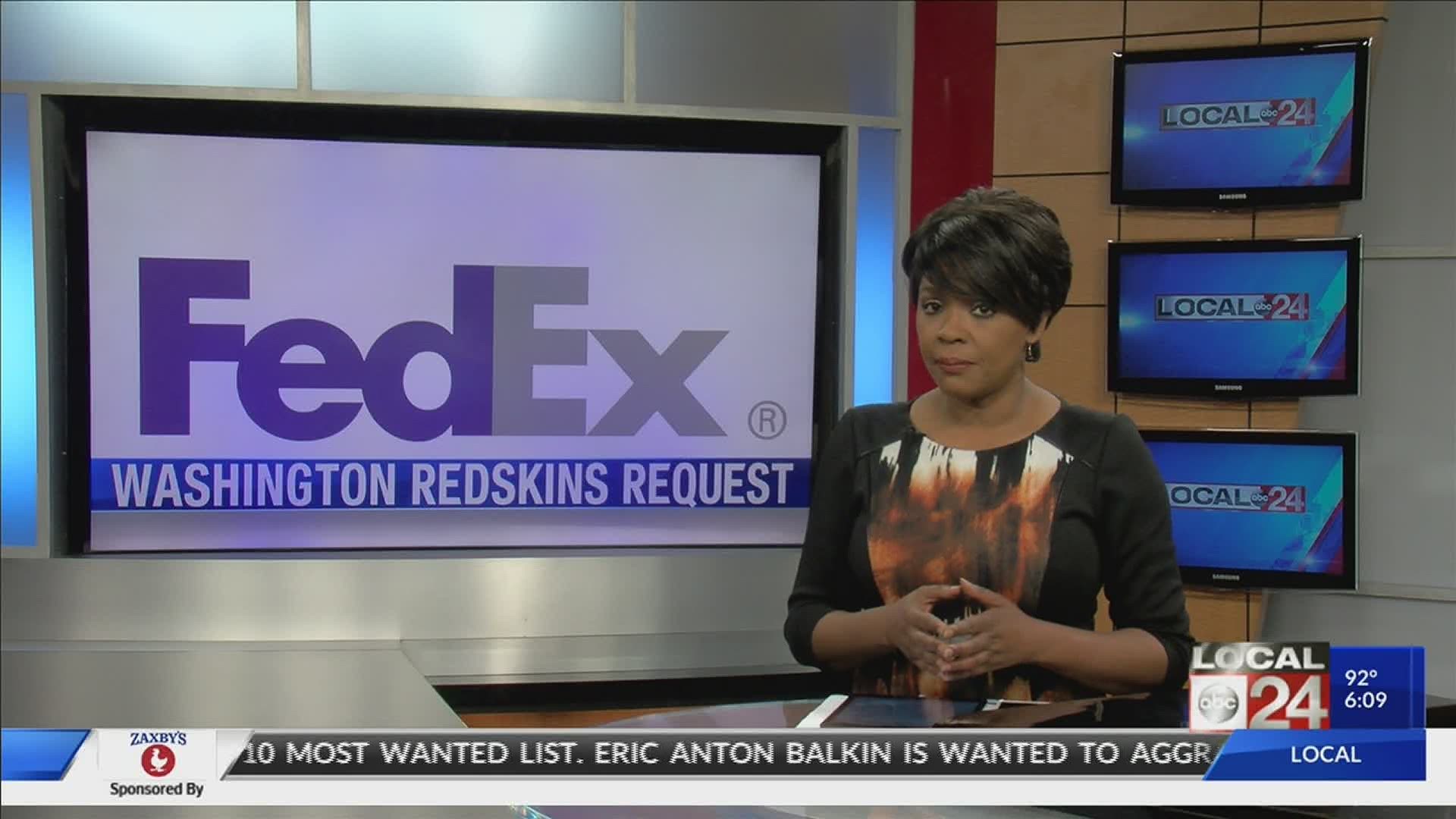 MEMPHIS, Tennessee — The title sponsor of the Washington Redskins’ stadium wants the NFL team to change its name.

“We have communicated to the team in Washington our request that they change the team name,“ FedEx said in a statement Thursday.

The company paid the team $205 million in 1999 for the naming rights to FedEx Field in Landover, Maryland.

In addition to the stadium name and sponsorship agreement, FedEx CEO Frederik Smith is a minority owner. Majority owner Daniel Snyder has shown no indications he’ll change the name since buying the team in 1999.

Amid the national debate over race, pressure has been mounting on the organization to abandon the name called a “dictionary-defined racial slur” by experts and advocates.

Investors this week wrote to FedEx, PepsiCo and other sponsors asking them to request a change. FedEx is believed to be the first to take action.

Asked about Snyder changing the name, a spokesman said recently the team had no comment. The team last week removed the name of racist founder George Preston Marshall from its Ring of Fame at FedEx Field, and a monument to him was removed from the site of the old RFK Stadium.

Washington, D.C., mayor Muriel Bowser also said the name was an “obstacle” to the team returning to the District. The team's lease at FedEx Field expires in 2027, and it is still talking to Washington, Virginia and Maryland about building a new stadium.

RELATED: Eskimo Pies to be renamed after nearly a century