Deion Sanders (Jackson State) and Eddie George (Tennessee State) prep to play against each other in the SHC return to Memphis. 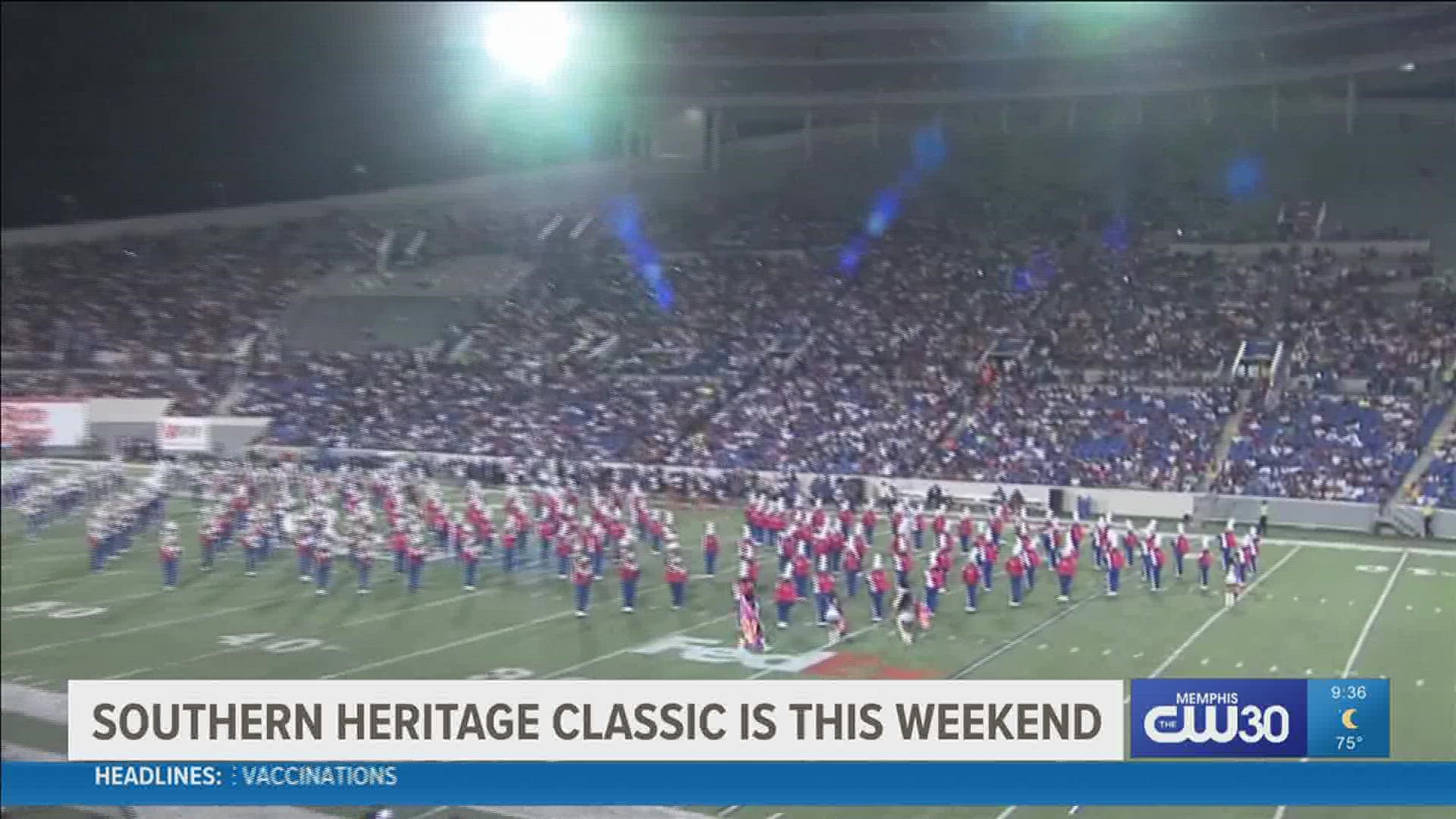 MEMPHIS, Tenn. — After 31 years of pure rivalry between two of the most historic black colleges in Tennessee and Mississippi, the tension is even greater this year with two former NFL stars on each sideline battling it out.

“I look forward to it, I heard the pageantry it’s like that. The bands, everything, I can't wait I love HBCU football at this point in my life, it has exceeded all expectations,” said Deion Sanders.

“It’s an honor to play, to coach in this game and gets ready for this game not because it’s Deion on the other side but because it’s yet another chapter in this great rivalry that we can be a part of,” said Eddie George.

It's chapter 32 for the battle of the bands, bar-b-q, and --for the first time-- two Hall of Famers coaching with Deion Sanders leading Jackson State University and Eddie George at the helm for Tennessee State University.

Jackson State is coming off of a one-point win over Florida A&M in week one. Tennessee State on the other hand is coming off of  a loss against Grambling State in the first week.The Tigers are still without a solid pick at the quarterback position which could be an advantage for Primetime.

Now we are ready for Memphis ! 🎸

Because we do 😤#IBelieve pic.twitter.com/axapNVfTv4

COVD-19 contact tracing kept Geremy Hickbottom and Deveon Bryant off the practice field headed into week one, forcing head coach Eddie George to put his trust in freshman Tucker Pope to start the game against Grambling.

“We’re still looking at that and accessing that between Deveon Bryant and Geremy Hickbottom,” said George.

However coach Sanders said under Eddie George, he’s looking for a fight out of TSU.

Coach Sanders is in his second year as a college head coach and Coach George's first. Both coaches saying they are looking to win this weekend, but the main mission is to continue to bring greater recognition to HBCU football as a whole.

A change both head coaches are trying to bring about one game at a time. Kick-off is Saturday, September 11 at 6 pm at Liberty Bowl Memorial Stadium.