After relocating, the Golden Gloves Boxing Tournament returned to the Bluff City thanks to Memphis Youth Services Director Ike Griffith. 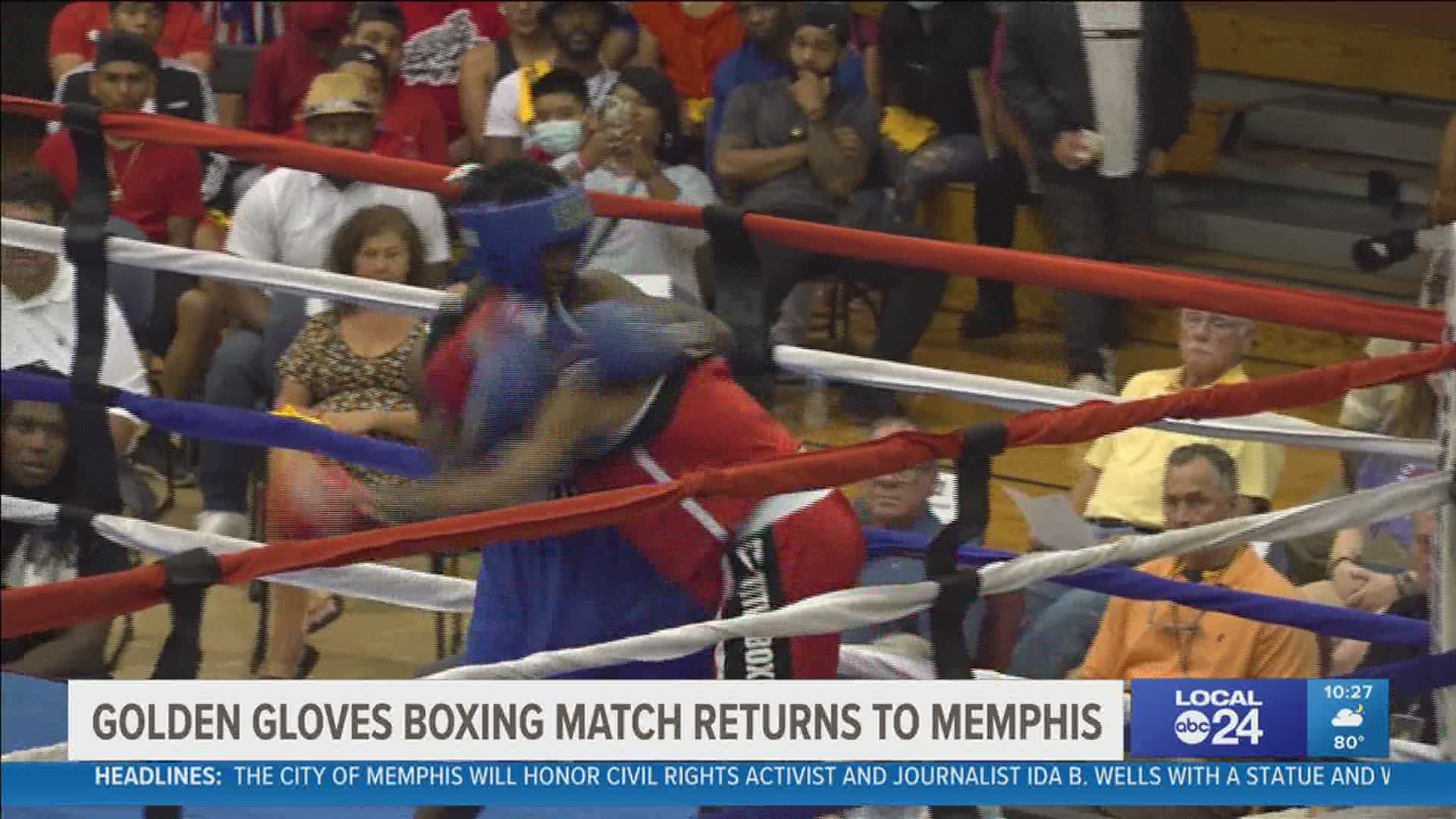 MEMPHIS, Tenn. — Saturday night, after 52 years of the Golden Gloves relocating to another state, it returned to Memphis. Fighters ranging in ages fought for either bragging rights or a chance to qualify for the national tournament.

Established right here in Memphis in 1934, the Golden Gloves Boxing Tournament gave the youth a chance to compete in the ring. However, after relocating, the organizer and director of Memphis’ youth services Ike Griffith says its return is bigger than boxing.

“You know, hopefully, they can put down their guns and put up their dukes,” said Griffith.

Fighters as young as 16 from Louisiana, Arkansas, Mississippi, and Tennessee fought for a quick three rounds. As the best in their respected states, some showed up to put their hands to the test. Others fought for a chance at the national tournament held later this year in Nebraska.

Griffith says the ring helps to teach them to do more than fight.

“Boxing teaches discipline and respect and that’s so very much need among our young children this day in age,” Griffith added.

Aaron explained he only started boxing because the wrestling facilities in his hometown all shut down, later feeling it was a blessing in disguise.

“It gave me a purpose, a reason to do something,” said Aaron.

Another fighter, Zaikee Sharkull, says he always wanted to be a fighter. He came to the Golden Gloves to prove to himself one thing.

“A lot of legends won it, but it’s not easy to win. A lot of people don’t win,” Sharkull said.

He won his bout.