Jaren Jackson Jr.: "This is the most focused we've been." 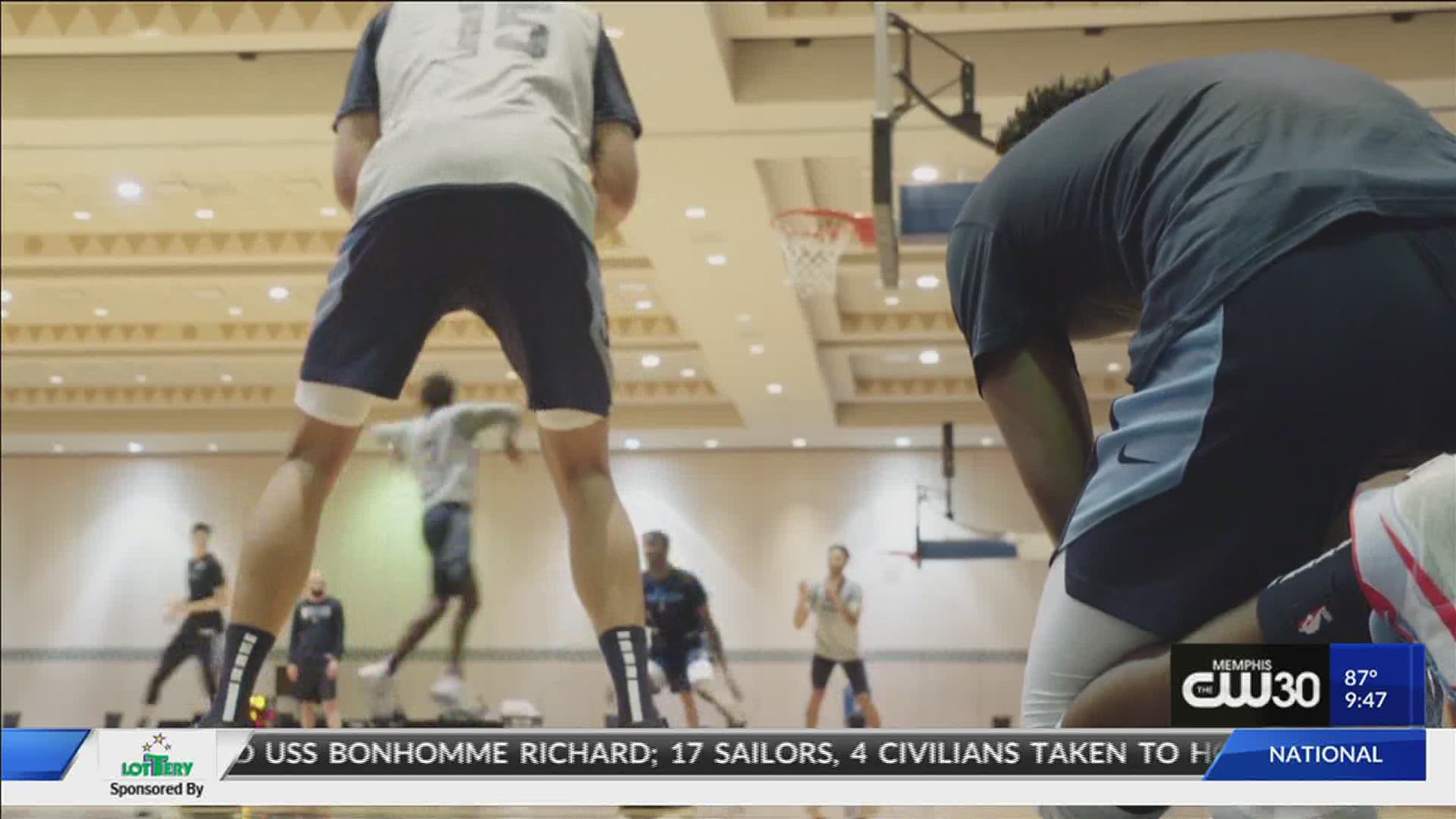 MEMPHIS, Tenn. — The Memphis Grizzlies are playing 5-on-5 basketball this weekend. It's the first time since COVID-19 halted the season...

While Taylor Jenkins said every player was a full participant Sunday, there is still a lot of rust to brush off before their first game July 31.

With distractions aplenty, Jaren Jackson Jr. Says the Grizz have their eye on the prize...

"You could probably argue this is the most focused we've been," he said.

Despite being the 8th seed, the Grizzlies largely are not talked about as much as other teams in the playoff hunt. Jackson says they aren't bothered.

"We don't care, I don't think we've ever cared," he said. "People keeps asking us all the time and we keep saying the same thing, but no. We appreciate everything, it's not like we're mad about anything. We don't care, we know our job. We have fun doing what we love everyday, so it doesn't really matter."

Dillon Brooks said he mostly stayed in Memphis since March.

Spent a lot of time with his dog Zeus. pic.twitter.com/DXf5wQufpe

Memphis sent weights and equipment to players' homes so they could stay in shape over the last four months, but nothing compares to full speed 5-on-5.

"It was hard at first, I felt the fatigue," Dillon Brooks said. "I felt my muscles hurting, but you know, I've been playing well. Working on a couple more things in my game and feel confident going into this thing."

"A lot of rust, but we've got time," Josh Jackson said. "We have a lot of practices schedules for ourselves. Hopefully we can mesh together and get everything that we need by the time we start playing."

Josh Jackson said he didn’t pack as much as he should have for the bubble, so his mom is sending him care packages. His iPad will be in one of them.

Josh Jackson didn't bring everything he needed to Orlando--he said he under-packed big time. So his mom will be sending him care packages with more of his stuff, most importantly: his iPad.

RELATED: Baseball's back, sort of. A look at the first day of the Nationals return as a post-pandemic season begins

RELATED: Grizzlies plan to keep social justice at forefront of conversation in Orlando