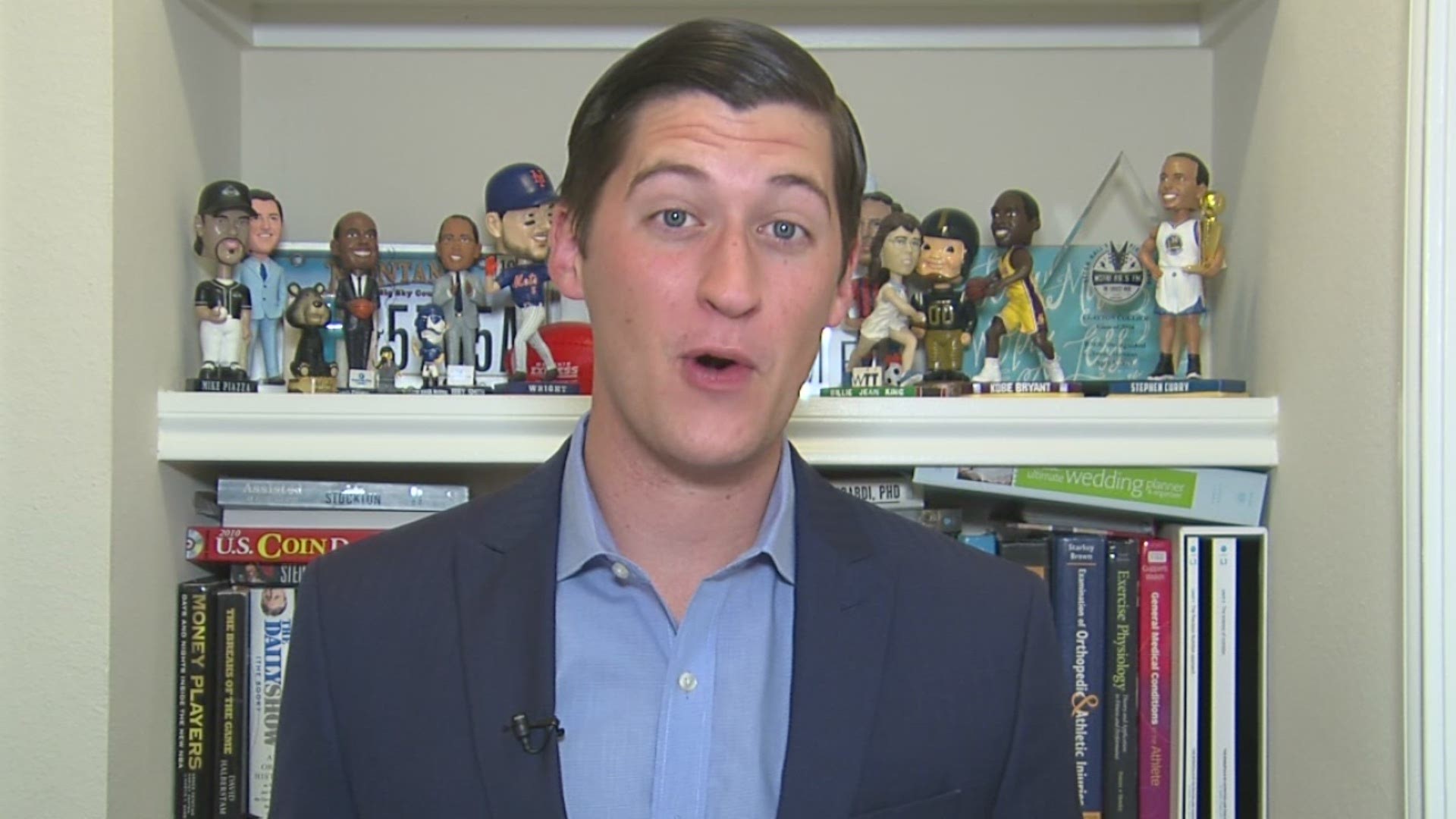 MEMPHIS, Tenn. — The NBA bubble is an adjustment for everyone. For players, coaches, fans, and especially for team broadcasters.

"It is rather odd to show up at FedExForum in a suit and put makeup on and the building is pretty much empty," Grizzlies television play-by-play announcer Pete Pranica said.

Pranica, and Grizzlies radio play-by-play announcer Eric Hasseltine, may sound like they are right on the sideline in Orlando, but they are actually watching on a monitor, broadcasting from an empty FedExForum.

"Once they throw the ball up in the air, it's NBA basketball and you call it the same way you would as if you were in the building," Pranica said.

"This is what we do for a living and this is what we love to do. So I'm excited to hopefully bring some entertainment to our fans listening throughout our radio network," Hasseltine said.

The 800-mile distance makes it much more difficult for team broadcasters to gather their usual gameday nuggets and storylines.

"You just hate not being there," Pranica said. "You would love to be courtside or wherever they would put you in that building. You would love to be be in the building and to be there live. We understand the challenges that the NBA is facing, and that teams are facing. We're doing the best we can with, what is a less than ideal situation I think for everybody."

A silver lining to the remote setup is that broadcast crews get the best of both worlds. They are home with their families, a rarity during the season, while also being reunited with their co-workers.

"These are our friends and for six months out of the year, they are our family," Pranica said. "The people we have the closest contact with. It's good to see them, and it's not quite normal, it's good to have them back."