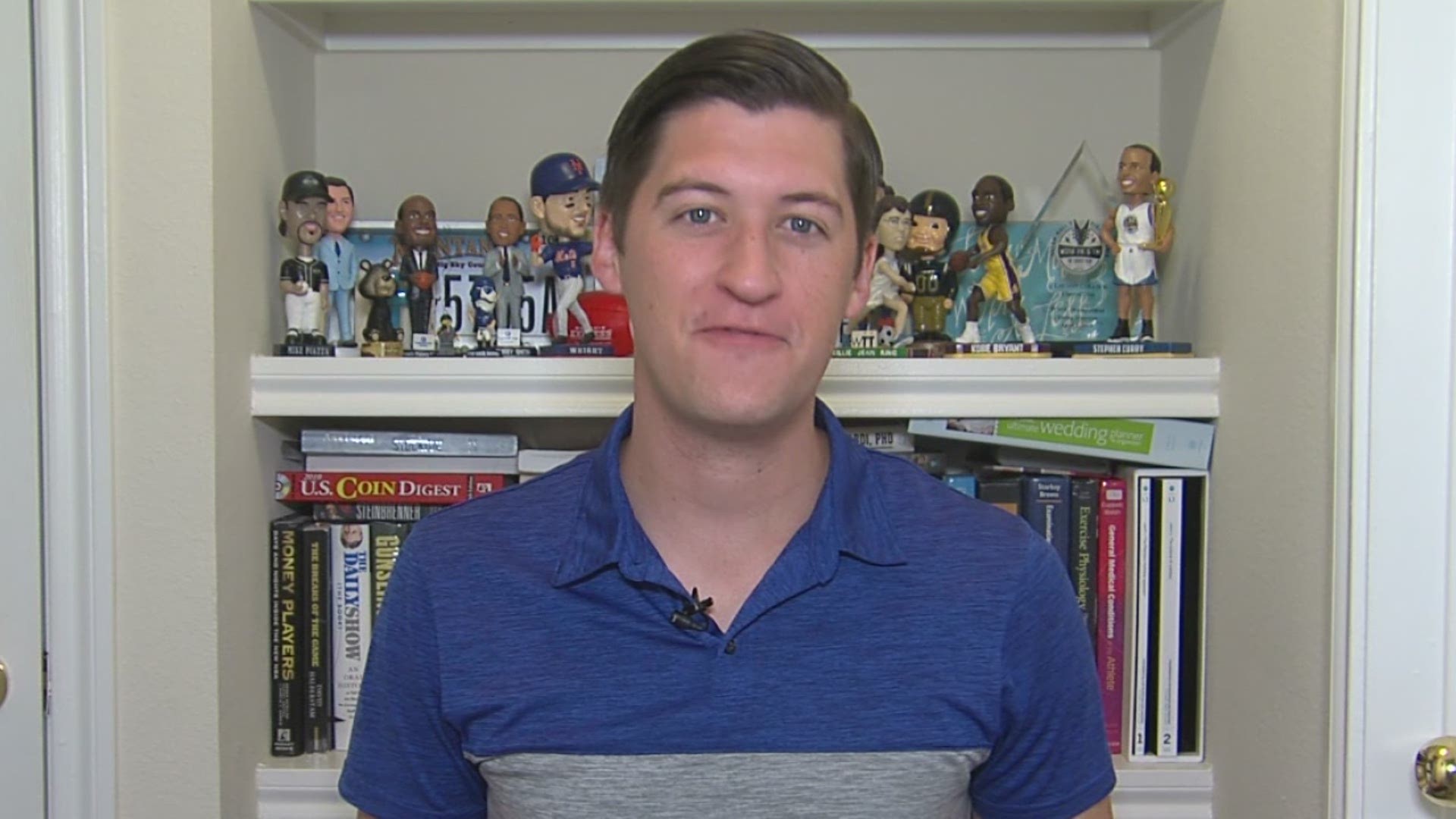 MEMPHIS, Tenn — The Memphis Grizzlies resume their season Friday against Portland to begin their seeding schedule. In case that first sentence wasn't enough, here are six reasons to be excited about the Grizzlies returning to action:

Moving from one "GNG" (Grit and Grind) to another (Grizz Next Gen) was THE reason to be excited about the 2019-20 Grizzlies. With an average age of 24, the Grizz are the youngest team in the NBA. They are coached by the second-youngest coach in the NBA in Taylor Jenkins, and brought together by a 31-year-old executive vice president of basketball operations Zach Kleiman. That youth certainly showed at times on the court throughout their 65 pre-COVID-19 games this season, but overall the team is far ahead of schedule in their supposed rebuilding year.

Before COVID-19 halted the NBA season, the Grizzlies were on the cusp of getting Jaren Jackson Jr. (left knee), Brandon Clarke (right quad) and Justise Winslow (back soreness) back from their respective injuries. Grayson Allen (hip) had also been sidelined since January.

Winslow's Memphis debut will have to wait, after he suffered a season-ending hip injury in a July 20 practice, but Jackson, Clarke and Allen returning to the rotation with fresh legs is a welcomed benefit of the NBA Restart.

ROOKIE OF THE YEAR VICTORY LAP

Voting for the NBA awards closed Tuesday ahead of seeding games, and will be announced during the playoffs, per The Athletic's Shams Charania. Voters made their selections based on the first 65 games of the year, and Ja Morant's work speaks for itself. He is the rookie leader in points per game (17.6), assists (6.9), efficiency (18.1) and most importantly, wow factor (one billion) in that stretch.

The NBA's award voting will be conducted July 21-28 before season resumption and awards will be announced during the playoffs.

Morant will be the 2019-20 Rookie of the Year; the second in team history alongside Pau Gasol (who also won the honor scoring 17.6 PPG). It is a shame that the excitement of Morant padding his ROY resume will not be there in Orlando. We will all just have to settle for mind-altering passes, dunks, and the electrifying energy he brings to the court. Oh well.

The NBA Restart has only added to the blossoming rivalry between the Grizzlies and Pelicans. New Orleans enters the seeding schedule 3.5 games behind No. 8-seeded Memphis, and tied for the No. 9-seed with Portland and Sacramento. The much-hyped Rookie of the Year race between Ja Morant and Zion Williamson ended when it was determined that awards would be based on the 65 games played before the COVID-19 hiatus, but 1-and-2 in last year's draft will be "Duke"-ing it out in the West for years to come.

With Williamson back inside the bubble, the next chapter of this match-up will likely come August 3, when the Grizzlies are scheduled to play the Pelicans. There could be more to come if these two teams square off in an 8-versus-9 play-in series.

Side note: Morant and Williamson, at least outwardly, appear to have a deep respect for one another, as exemplified in Ja's July 1 tweets. Their shared South Carolina roots run deeper than the heat of competition.

Should the Grizzlies advance past the aforementioned 8-versus-9 play-in series, they would in all likelihood face LeBron James, Anthony Davis and the Los Angeles Lakers. A seven-game 1-versus-8 (or this year 9) match-up is almost* a predetermined result. Regardless of what happens in Orlando, the Grizzlies likely return to the postseason is a monumental step that did not seem probable to most last fall. After missing the playoffs for two consecutive years, appreciate any iteration of playoff basketball that this young teams brings back to Memphis.

With the Tiger King phenomenon well in the rear-view mirror, there is little out there that can entertain, and distract us, quite like basketball can.

If you can't tell, I am incredibly excited for Friday. In April, I aired highlights of two sticks floating down the Mississippi River as if they were racing. It has been a rough four-and-a-half months.

No one is able to say what the fall and winter will hold for college sports and the NFL, but after everything that has been thrown our way in 2020, we all deserve something to be excited about.

Basketball is back, and it could not have returned any sooner. Enjoy the ride.