Robert Pera, Marc Gasol, Mike Conley, Ja Morant and many others have donated to a GoFundMe for longtime usher LaVelt Hill, who is battling renal failure 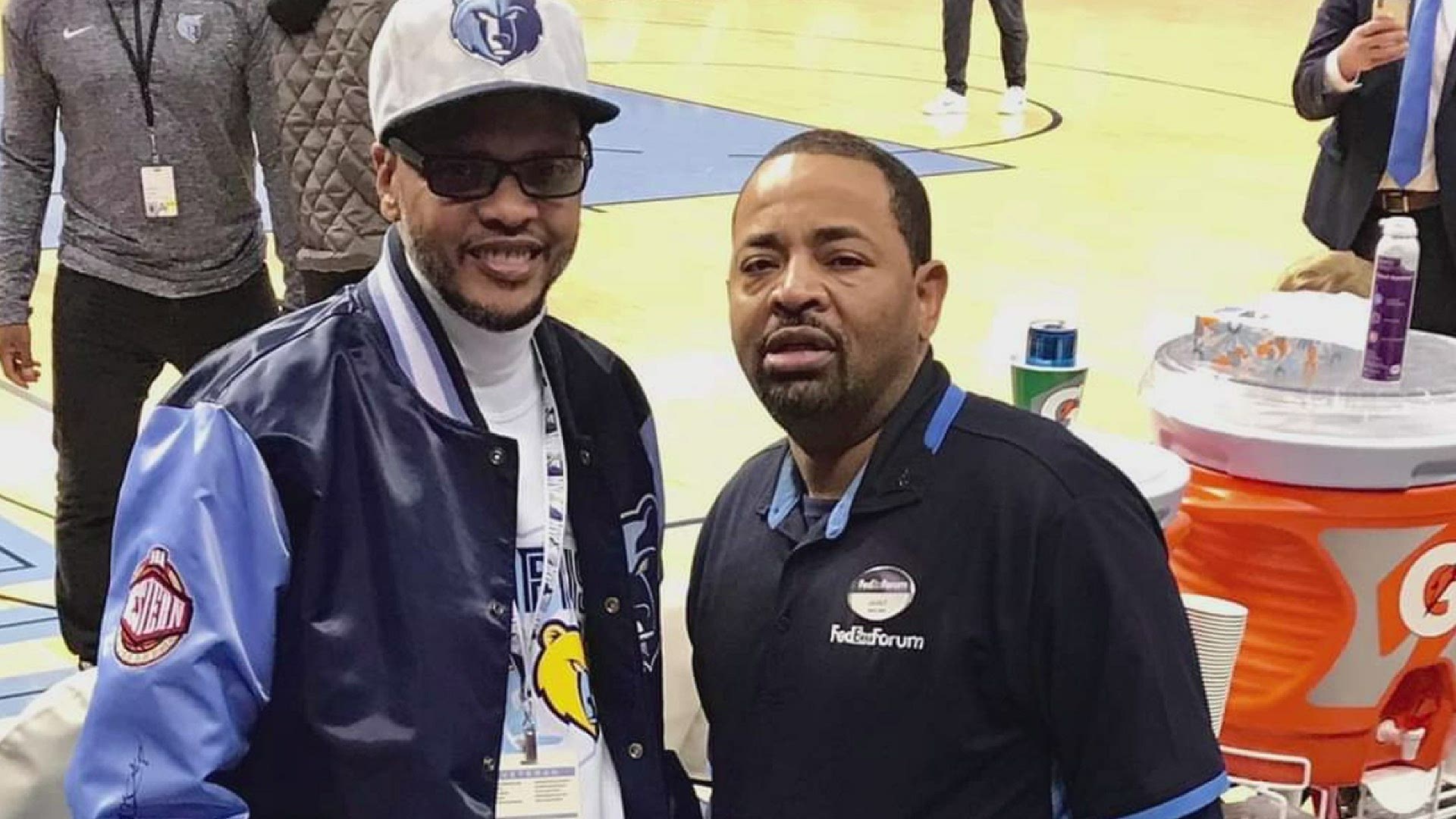 MEMPHIS, Tenn. — As a Grizzlies season ticket holder, Adrian Shavers is allowed at games two hours before tip. He does not come to watch the team warm up. He walks down the stairs between sections 103 and 104 to visit with LaVelt Hill, a guest relations host at FedExForum.

"LaVelt is the type of person that when you first meet him, it's like you already know him," Shavers said.

Hill has been positioned behind the home bench since the Grizzlies first game at the Pyramid. He makes it his duty that the fans and relatives of players that occupy his sections feel like family. Sometimes that calls for a chat, a picture, or—before the pandemic—even a hug.

"That's my passion in life," Hill said. "I've always felt that that was my calling."

But Hill has not been at his usual post in recent months. Wondering why, Shavers reached out.

"I asked him one question, 'How are you doing?'"

Those few simple words would change LaVelt's life. Hill battles renal failure. He received a transplant from his brother in 1997. But just as the COVID-19 pandemic began, the donated organ began to fail. With his kidney function down to about 18%, Hill began going to dialysis three times per week. Each session takes four hours, and most of his energy. About a year into this process, Hill lost his 31-year-old daughter, Brittney, in a car accident this past February.

"She left a three-year old daughter behind," he said. "She just turned four last Tuesday. I'm just trying to be the rock for the family and be supportive of everybody else and going through my own thing. It's been a struggle but I've gotten this far. I'm just taking it one day at a time."

Cassandra Mays, LaVelt's sister, is being tested to see if she is a donor match. Surgery will cost about $8,000 out of pocket. Hill worked three games in January, but the exhaustion from dialysis made it too difficult to continue. That is when Adrian reached out, and LaVelt filled him in. Shavers went to his Grizzlies Facebook group—or as he calls it, 'the family'— looking to start a collection on LaVelt's behalf. One member of the group suggested he start a GoFundMe.

'How are you doing?'

"I went on the site, it was pretty easy to set up," Shavers said. "So I said I guess I'll do this and see what happens. And wham. Here we are."

The page went live Tuesday evening. It raised $450 by the time LaVelt went to bed. When he woke up, former Grizzlies forward JaMychal Green had contributed $2,000.

"That touched me more than any other donation," Hill said Wednesday night. "Just to know he still cared and he didn't forget about me."

It turned out to be the first of a flood of donations more jaw-dropping than any dunk or buzzer-beater. Brevin Knight, the Conleys and the Morants each added $1,000. $2,000 from Wing Guru owner Billy Richmond Jr. $5,000 from Marc Gasol. And late Thursday night, a $10,000 gift from "RJP RJP." We have confirmed that donation was from Grizzlies owner Robert Pera.

"I haven't had a reason to smile in a couple months," Hill said. "But today has been a real turnaround for me, because I can see the light at the end of the tunnel."

Memphis has come together for its most meaningful run in LaVelt's two decades on the sideline. As of printing, the page has raised over $45,000.

"The way he treats people, it's so memorable, that people don't forget him," Shavers said. "It's harvest time. He's basically reaping all that goodness that he put out through all those years."

You can donate to LaVelt's GoFundMe by clicking here.