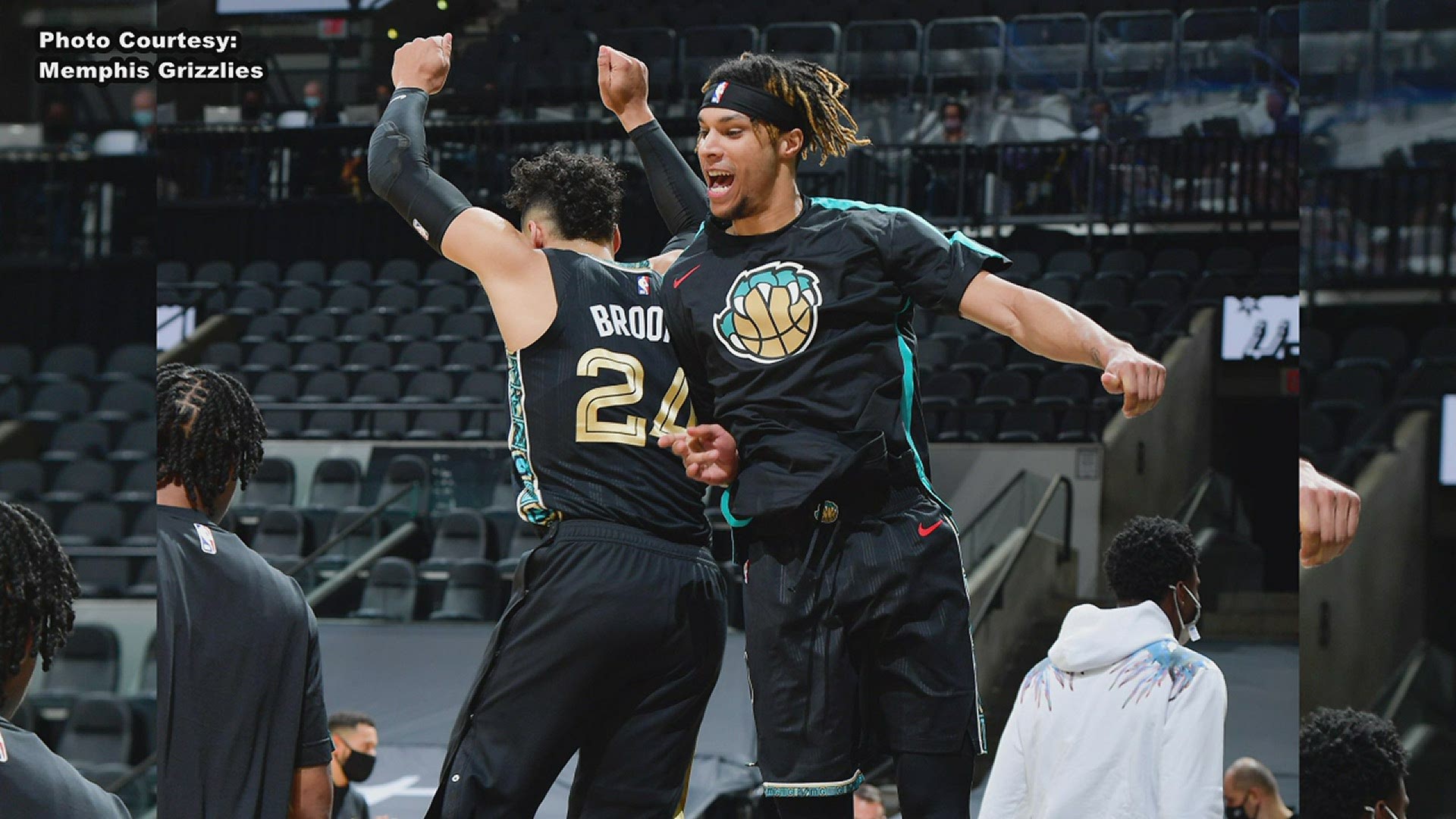 You would never know the Grizzlies had 12 days between games based on their performance in Saturday's 129-112 win at San Antonio.

Memphis produced their highest scoring effort, their largest margin of victory, and all factors considered; their most impressive win of the 2020-21 season.

The Grizz hit 17 three-pointers. The bench contributed 60 points, 45 rebounds, 34 assists, and had seven players in double figures—all adding up to Memphis extending their win streak to six games.

“Let a sleeping bear lie," Ja Morant said—and tweeted—postgame. "Don’t poke the bear. That’s all I got to say.”

“Let a sleeping bear lie. Don’t poke the bear. That’s all I got to say.”

Forced into hibernation due to COVID-19 contact tracing, the Grizzlies did not have team practices for a week. Individual workouts were permitted, which clearly paid dividends.

"Guys didn't complain over the hiatus," Kyle Anderson said. "You had your time slot to be at the gym and everyone put their work in and we just waited patiently for the season to resume."

With 5:03 remaining in the game, Derrick White drained a 29-foot triple to cut the Memphis lead to just five, and sparking Ja Morant into action. On the next four trips down the floor, Morant dished to Dillon Brooks for back-to-back three-pointers, dribbled through traffic to sink a floater, then capped it by feeding Gorgui Dieng for the alley oop to re-establish a 120-106 edge, and put the game away for good.

A switch flipped. Fourth Quarter Ja showed up again, it's a mentality that only Postgame Ja could put into words.

De'Anthony Melton scored a game-high 20 points after a DNP in the Grizzlies last game on Dr. Martin Luther King Jr. Day versus Phoenix.

The Grizzlies play the Spurs again in San Antonio, Monday at 7:30pm CT.