Winners of five straight, Memphis goes over .500 for the first time this season 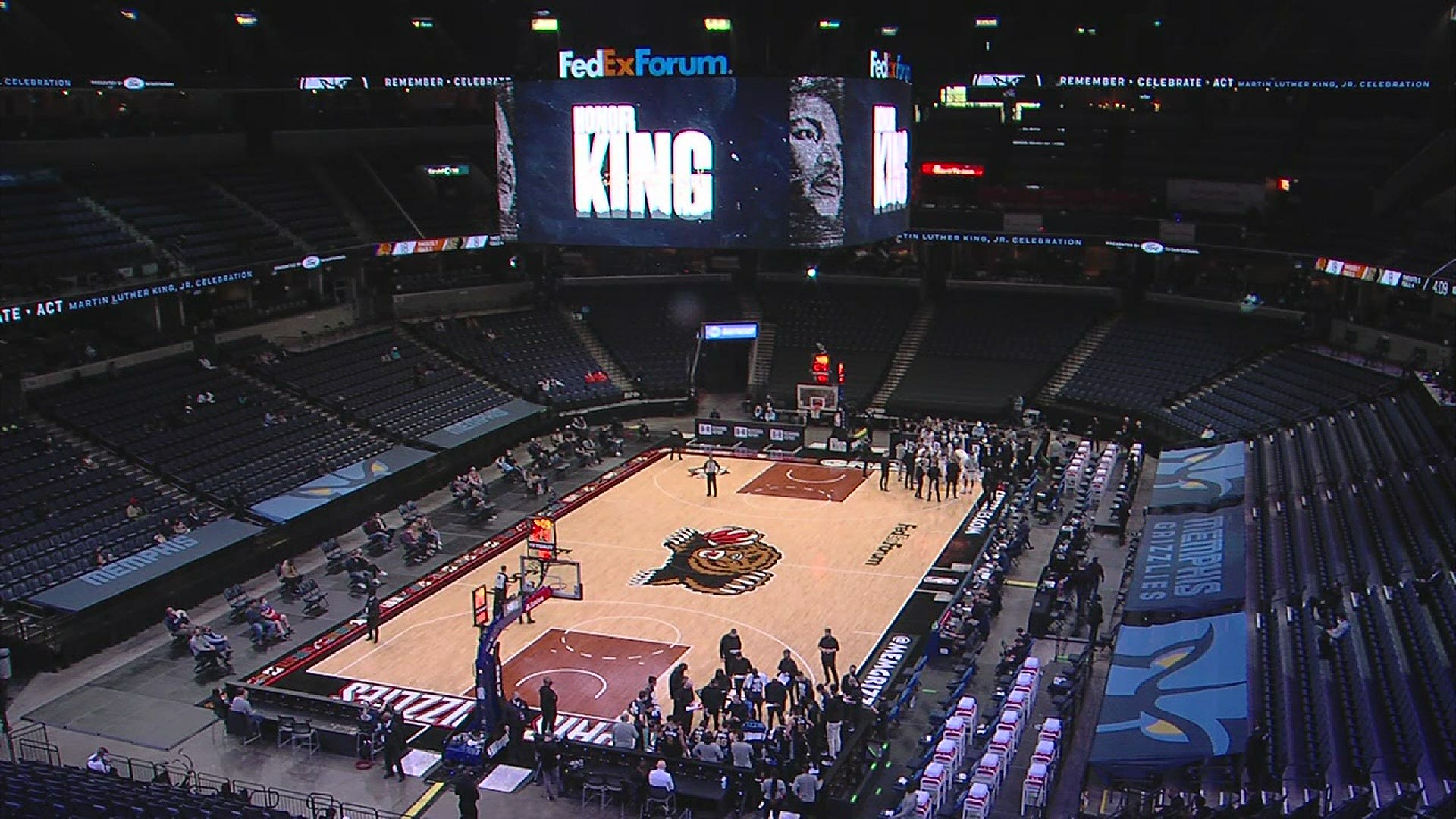 MEMPHIS, Tenn — This was not a typical Dr. Martin Luther King Jr. Day celebration, but the Memphis Grizzlies did all they could given the pandemic circumstances.

They honored Martin Luther King Jr. on the sideline, on the Jumbotron, on national television, on their warmup jerseys, and through virtual discussions.

At the end of a powerful weekend, basketball was played; and the Grizzlies enjoyed a hard-fought victory.

"This is obviously the day that you celebrate, you recognize," Taylor Jenkins said. "But it's hopefully something that carries with you 365, every single day, about the importance of the life that we live and the changes we can make"

Memphis has not been at full strength all year. But do not think for a second that the Grizzlies were ever going to fold on this season.

"It says alot about our growth. There's not one way to win a ball game in the NBA."

“We had a slow start. People was saying we needed to tank,” Ja Morant said. “And that’s never on our mind. We’re going out to win.”

Even without Jonas Valanciunas, who entered the NBA's Health and Safety Protocol this weekend, Memphis still found a way to do just that.

A last minute surge, powered by Morant's first double-double of the year, capped off the Grizzlies 108-104 win over the Suns.

Memphis is now over .500 on the season and winners of five-straight.