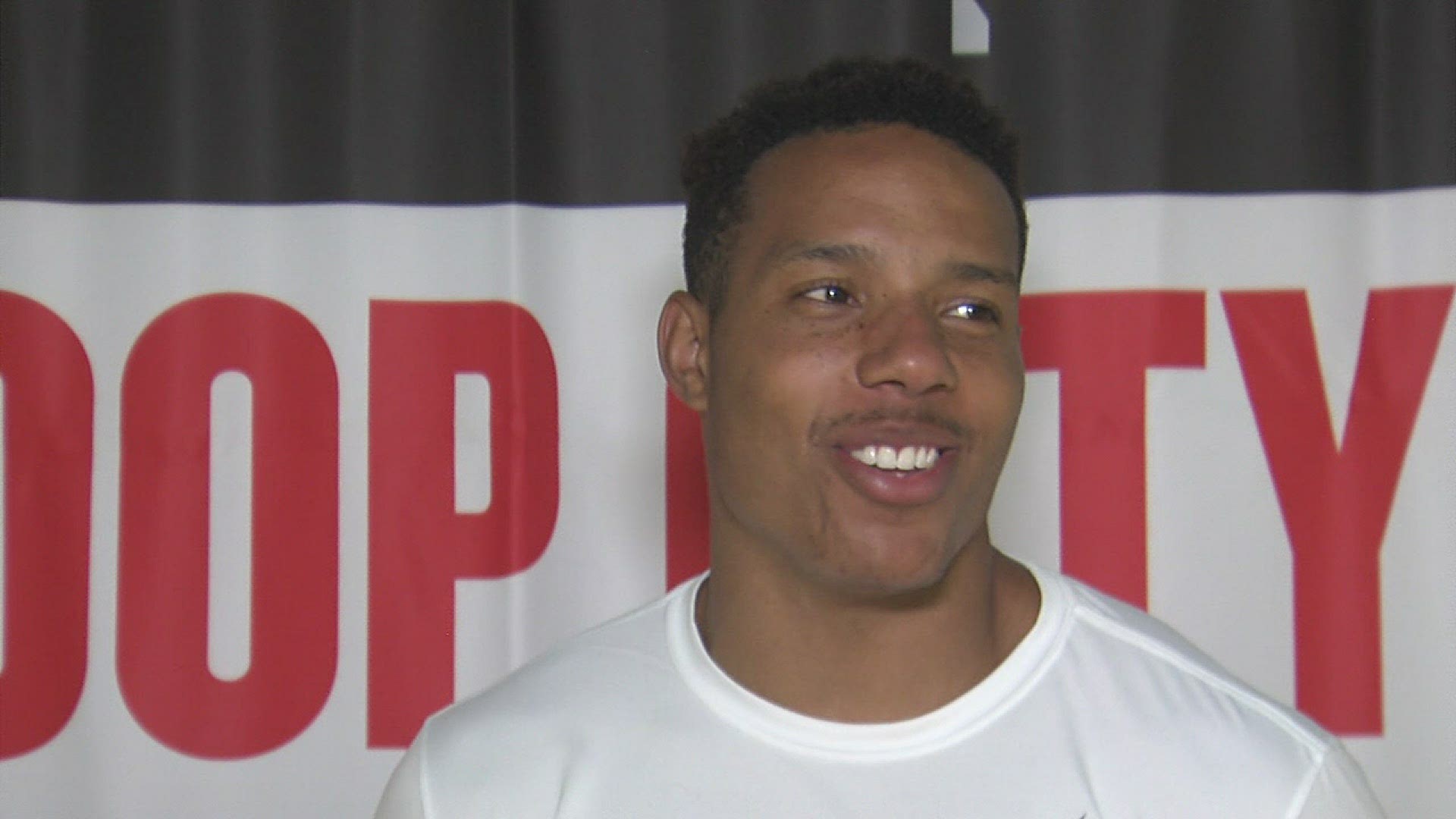 MEMPHIS, Tenn. — Desmond Bane was on vacation with his family on St. John in the U.S. Virgin Islands. They had just sat down to dinner when he learned he had been selected to the NBA's All-Rookie Second Team.

"Had to toast to that for sure," the Grizzlies guard said with a smile, raising an imaginary glass.

The 22-year-old was back at work Monday, hosting a basketball camp in Collierville. About 60 kids signed up to the four-day event put together by Hoop City Basketball Club. Five-on-five games took place at each corner of the court. Standing underneath one of the baskets, Bane fielded questions from campers; about the game, and the Grizz.

"Obviously they want to know how Ja is doing," he said with a laugh. "To have the community embrace us and knows us, it's special."

Memphis' playoff run reinvigorated the city's love for its NBA franchise. Due to the NBA's COVID-19 restrictions, Bane admits that he was unable to immerse himself in the community as much as he would have liked, but felt the love from afar.

Bane is the fourth Grizzlies player to earn All-Rookie honors in the last three seasons, joining Ja Morant, Brandon Clarke and Jaren Jackson Jr. With the young core ahead of schedule, Bane is already looking ahead to next season.

"What we did this year was special," he said. "Definitely something we can build off of going forward."