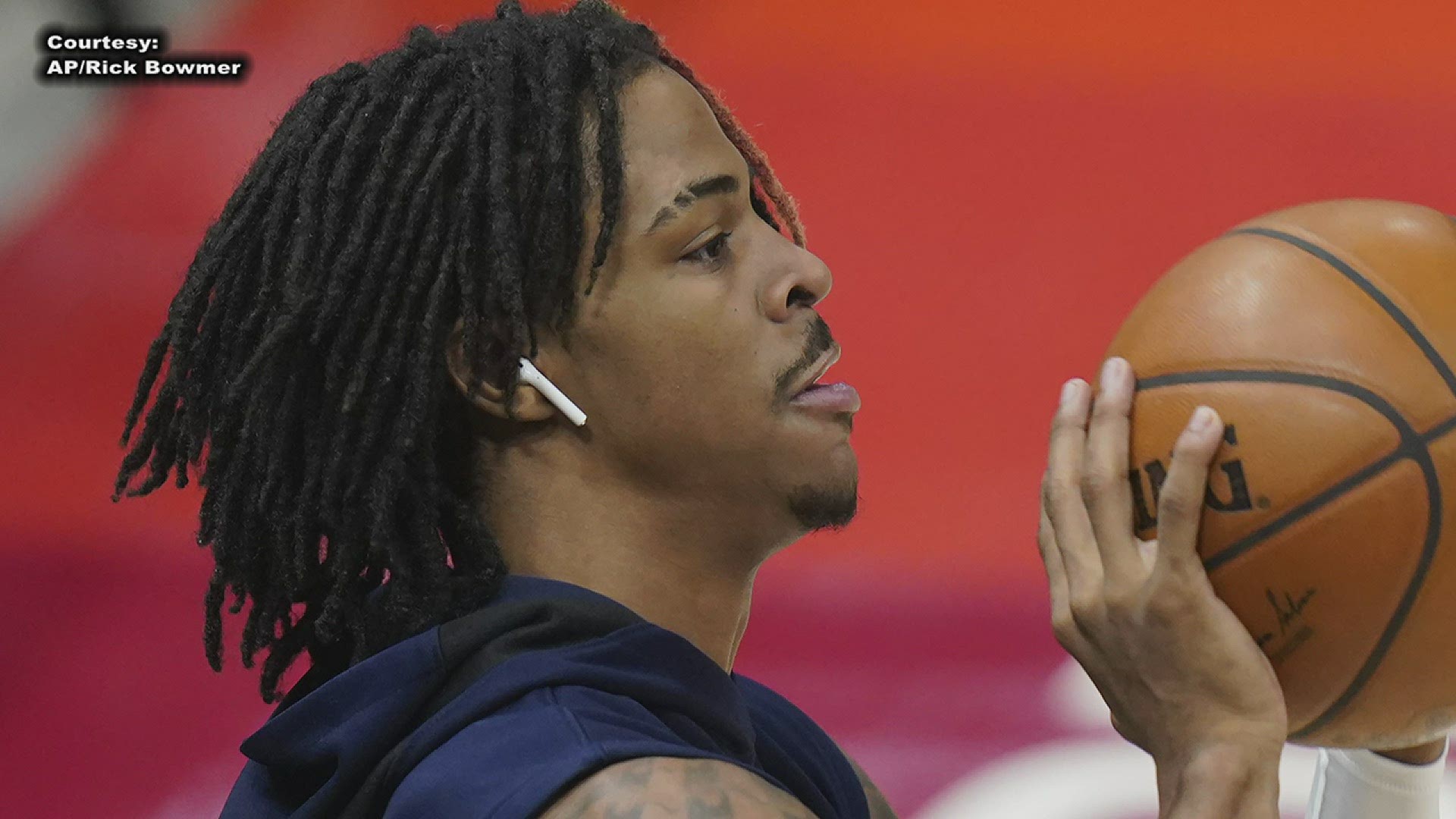 MEMPHIS, Tenn. — An other-worldly Ja Morant dropped a franchise playoff record, and a career-high, 47-points on 15-of-26 shooting Wednesday night.

You would not know it from his understandably disappointed demeanor after Memphis' Game Two loss at Utah.

"It's an honor to be able to do that," he said. "I'm blessed to be in the position that I'm in and to play the game at the highest level. But that's not on my mind at all. We lost. Obviously, it wasn't enough."

The 47 points were the most in NBA playoff history by a player under the age of 22. LeBron James previously held the record with 45.

Morant combined for 73 points in Utah, the most any player has scored in their first two career playoff games since the NBA was founded in 1949-50, eclipsing the likes of Kareem Abdul-Jabbar and Julius Erving. All in Year Two of his career.

Morant may not have wanted to speak about his incredible efforts, but his team sure did.

.@JaMorant has scored 71 points in his first two career playoff games, the most since the NBL merged with the BAA before the 1949-50 season to create the @NBA. pic.twitter.com/ovreS1etj1

"We knew he was highly capable of it. He's just putting you guys on notice, and you guys are getting to see it," Anderson said. "It's pretty special, man. We're going to ride his coattails for sure."

The ride brings the Grizz back to Memphis, with a crowd of more than 10,000 home fans ready to watch their 21-year-old point guard's continued ascent into NBA stardom. The Grizzlies host the Utah Jazz for Games 3 (Saturday) and 4 (Monday).