Jackson and Tillman played together at Michigan State in 2017-18 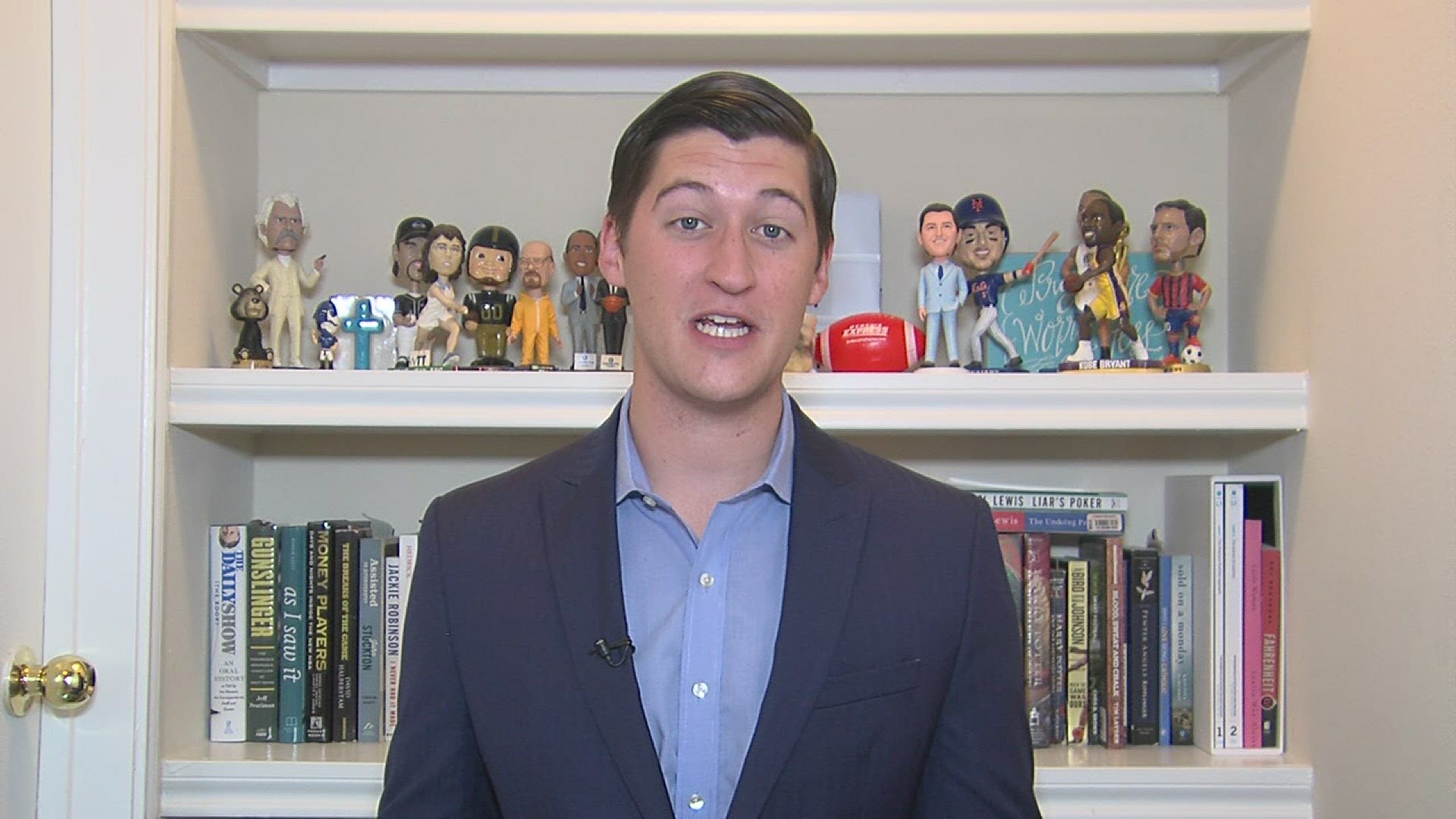 MEMPHIS, Tenn. — It was not the usual way in which the Grizzlies introduce their draft picks. No big press conference in the FedExForum lobby. No round of applause. But that made no difference to Xavier Tillman.

The Grizzlies traded up to acquire the Michigan State product, and in doing so, reunite him with his former Spartans teammate, Jaren Jackson Jr.

"He's my best friend. He was the best man at my wedding," Tillman said, beginning to recall the moment he was drafted Wednesday. "After my agent said 'Hey, switch that hat,' I put on my Memphis hat. I looked to my wife and she was on the phone with Jaren and he was screaming and shouting, I was screaming and shouting. I was kind of like 'oh my God, I'm going to Memphis, we're going to play with each other again.'

Married with two children as a 21-year-old, Tillman says his family has helped him stay focused on the end goal of reaching the NBA.

"The lifestyle changes where you can't hang out with your friends all the time or go to parties and what not," he said. "You want to do everything you can to get to the NBA. For me to actually be here and know that my sacrifices paid off. It feels amazing."

In addition to acquiring Desmond Bane with the Celtics 30th overall pick, ESPN is reporting the Grizzlies are also receiving Mario Hezonja from Portland as part of a three-team trade.