The potential for growth, not the allure of playing for Penny Hardaway, attracted Hampton transfer Davion Warren to Memphis

As a lengthy guard, Warren believes he can best improve his game under Penny's guidance 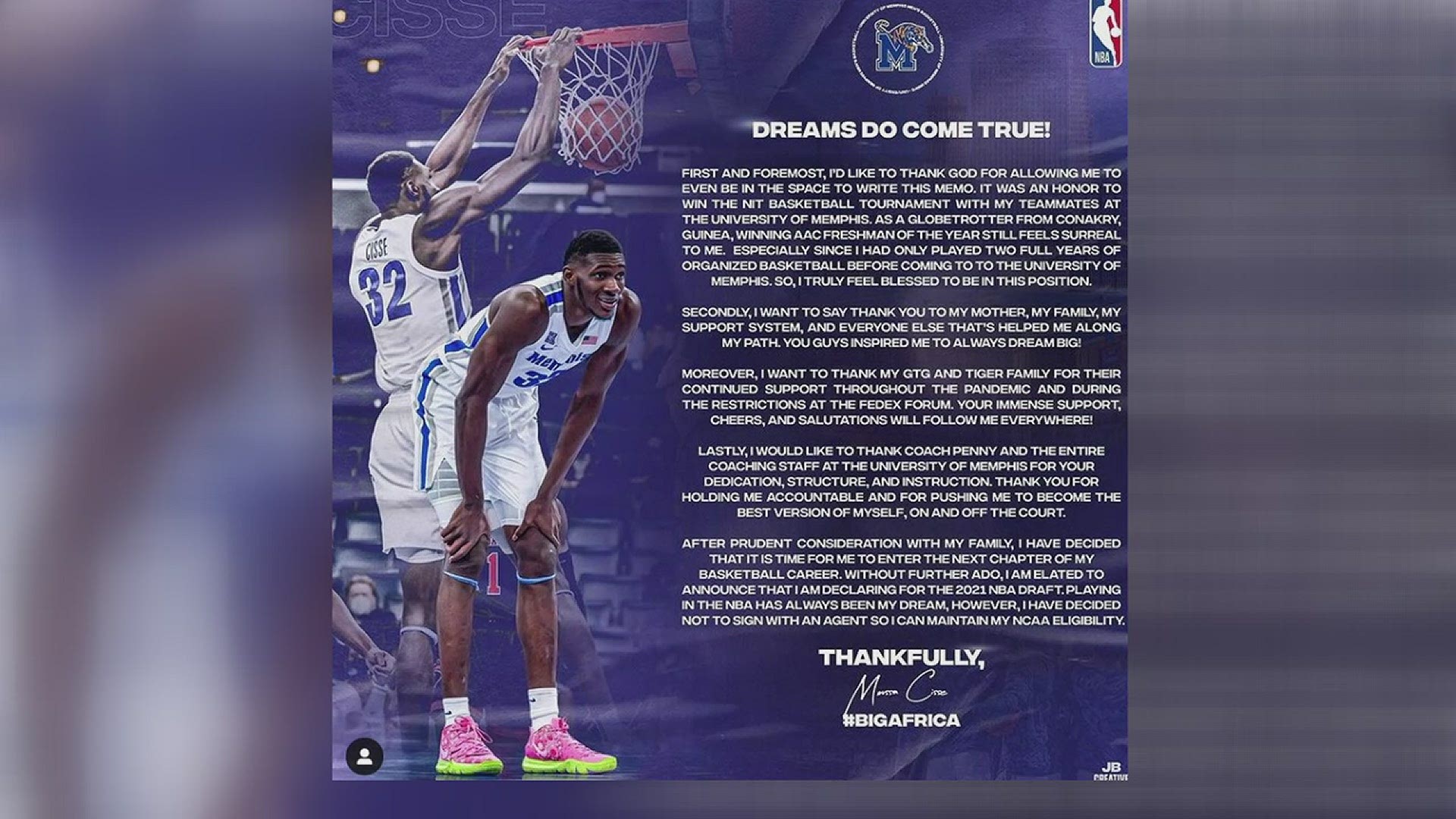 MEMPHIS, Tenn. — Moussa Cisse has declared for the NBA Draft.

He will not sign with an agent, allowing him the option to return to Memphis should he chose to withdraw from draft consideration.

But after losing four players to the NCAA transfer portal, the Tigers will need reinforcements whether Cisse returns or not.

In addition to its No. 22-ranked recruiting class (previously No. 8 before the Jordan Nesbitt transfer), according to 247Sports Composite Rankings, the UofM also picked up Hampton transfer Davion Warren.

The 6-foot-6 guard tells Local 24 his recruitment was a group effort, with Cody Toppert, Jermaine Johnson and Penny Hardaway all convincing him to come to Memphis.

But Warren said it was not the Tigers typical pitch of preparing players for the NBA that lured him to the Tigers.

"I wasn't looking for a school to try and sell me," he said. "At the high-major schools, any school pretty much produced NBA players. So it wasn't about because it's Penny Hardaway. It's about the relationship to go along with it. How we can relate to each other."

As a lengthy guard, Warren believes he can improve under Penny's guidance. That is why he passed up offers at schools like Arkansas, NC State and Texas A&M.

"I just wasn't fazed at being at the highest level," he said of the SEC and ACC opportunities he turned down. "I just wanted to go where I could improve my game, compete for a national championship, and just have fun again."

Two Big South transfers powered Baylor in Monday night's national championship win over Gonzaga, with MaCio Teague and Adam Flagler combining for 32 points in the win. The Tigers are hoping Warren, the reigning Big South scoring leader, can have a similar impact next season.

"That's the role I'm challenging on to take," he said. "That's what I want to take on."