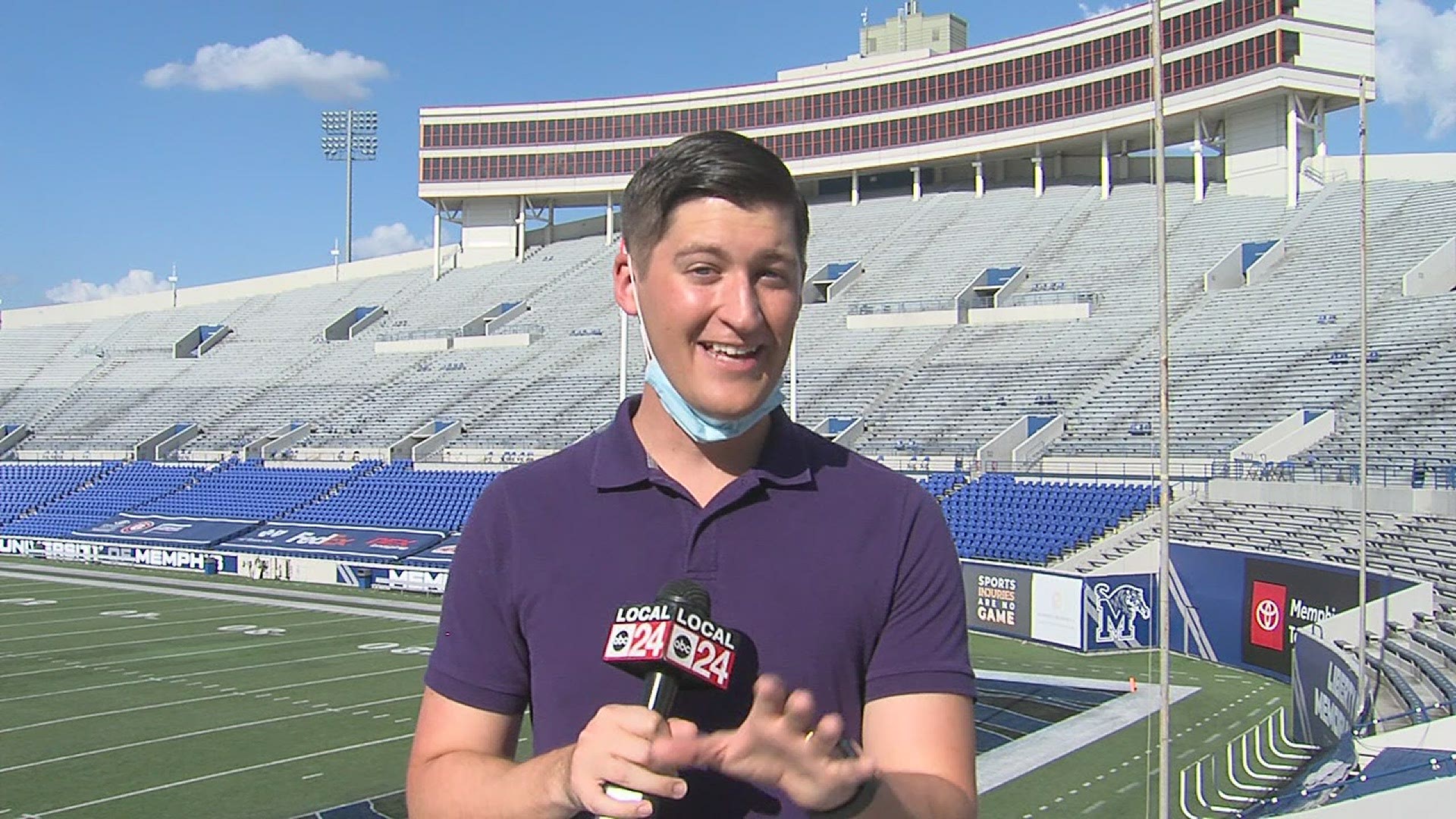 MEMPHIS, Tenn. — Shelby County Schools finally has an athletic event on its calendar.

The first-ever combine will take the place of the 19th annual AutoZone Liberty Bowl High School All-Star Game, which will not be held due to the absence of a Shelby County Schools football season.

The event is open to junior and senior SCS students, as well as private and municipality school seniors. Ehrhart said it is important that every athlete gets an opportunity to be seen.

"Every kid will have a video made for him to take with him," he said. "Five minutes of his testing. His running the 40, his strength, agility, size and weight. Which is what the colleges need to see the kids who haven't had a chance to be seen."

"This is no different to when we serve meals to all of the children within Shelby County," Shelby County Schools superintendent Dr. Joris M. Ray said. "Whether you were private school, whether you were a municipal school district. Children are children in my eyes. If there is an opportunity to showcase children, I don't want to deny any child that opportunity."

This week, Shelby County Schools announced a plan for a phased return to in-person learning beginning in January, raising questions if the indefinite suspension of athletics may end in time to allow the high school basketball season to take place. Dr. Ray was non-committal.

"I would love for our basketball players to play, as I did for the football players," Ray said. "We're going to continue to make decisions to keep our athletes safe. This is what I told some student-athletes that I met with, the situation is bigger than sports."