Wells: "I came here to Belmont to win championships and make history, and we're going to continue to do that." 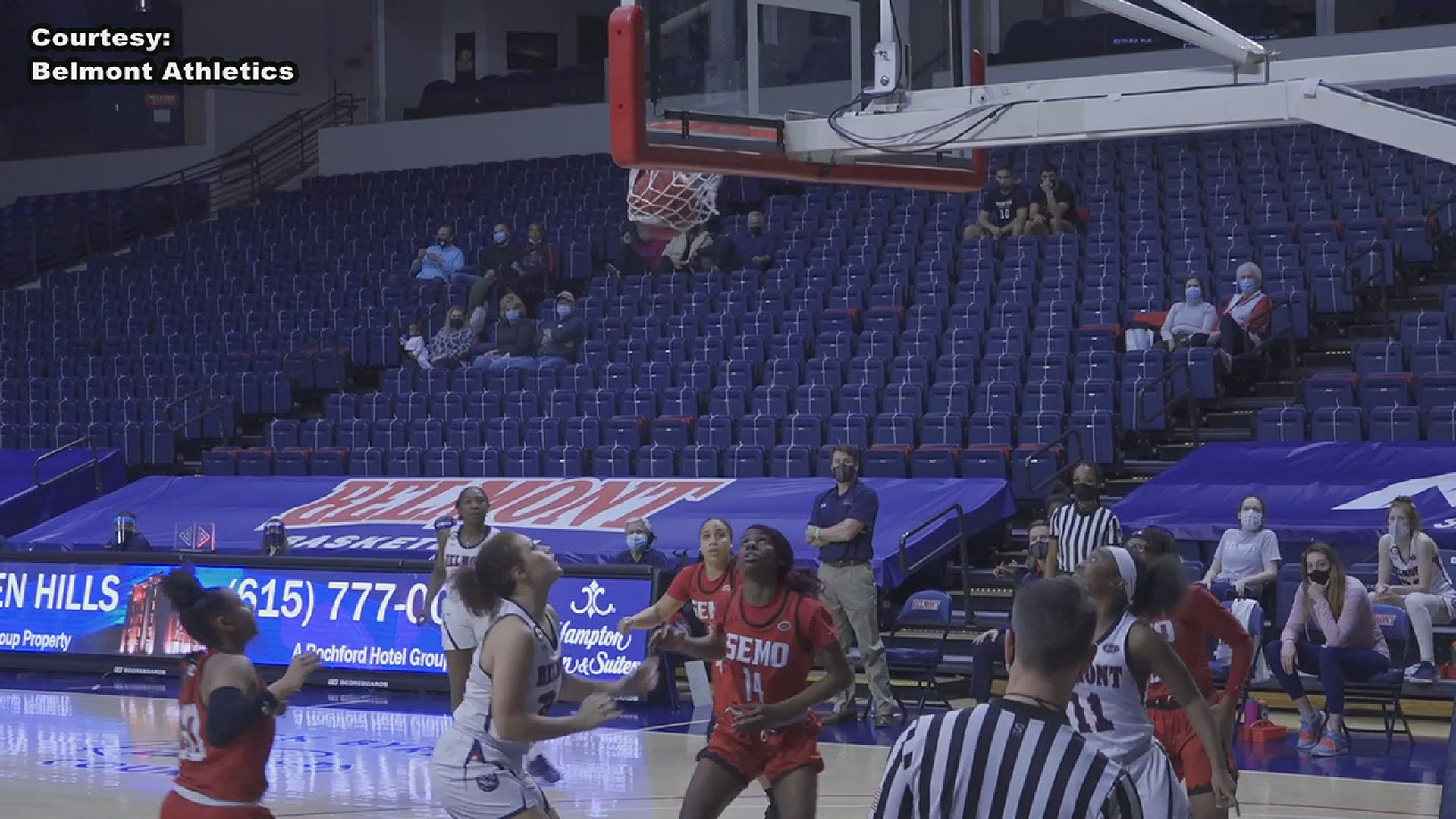 "Just going from watching these girls, watching these teams on ESPN. It's just so crazy," she said. "I can't believe that I'm actually hear right now."

The freshman amassed a game-high 25 points and seven assists, powering the Bruins to their first NCAA Tournament win in program history and the first the conference has had since 1990.

"That's what I came here to do," she said. "I came here to Belmont to win championships and make history, and we're going to continue to do that."

But the Memphis ties to the NCAA Tournament to not end with Wells. Former McDonald's All-American Liz Dixon's Louisville squad advanced to the Round of 32, as did West Virginia and Jayla Hemmingway, Destinee's former teammate at Houston.

"I loved playing with her all throughout high school," Wells said. "Just to see her on the big stage with me, it's awesome."

Wells' 5-foot-6 frame did not stop her from reaching this milestone. She wants athletes back in Memphis to remember that.

"Everybody told me I was too small, that I wasn't good enough, but here I am," she said. "So what I would say is heart over height. Keep working and your hard work will pay off."

Belmont plays four-seed Indiana Wednesday in the Round of 32.