The CBHS senior said Tigers Alex Lomax, Johnathan Lawson, and 2022 commit Amarr Knox have been recruiting him to the U of M 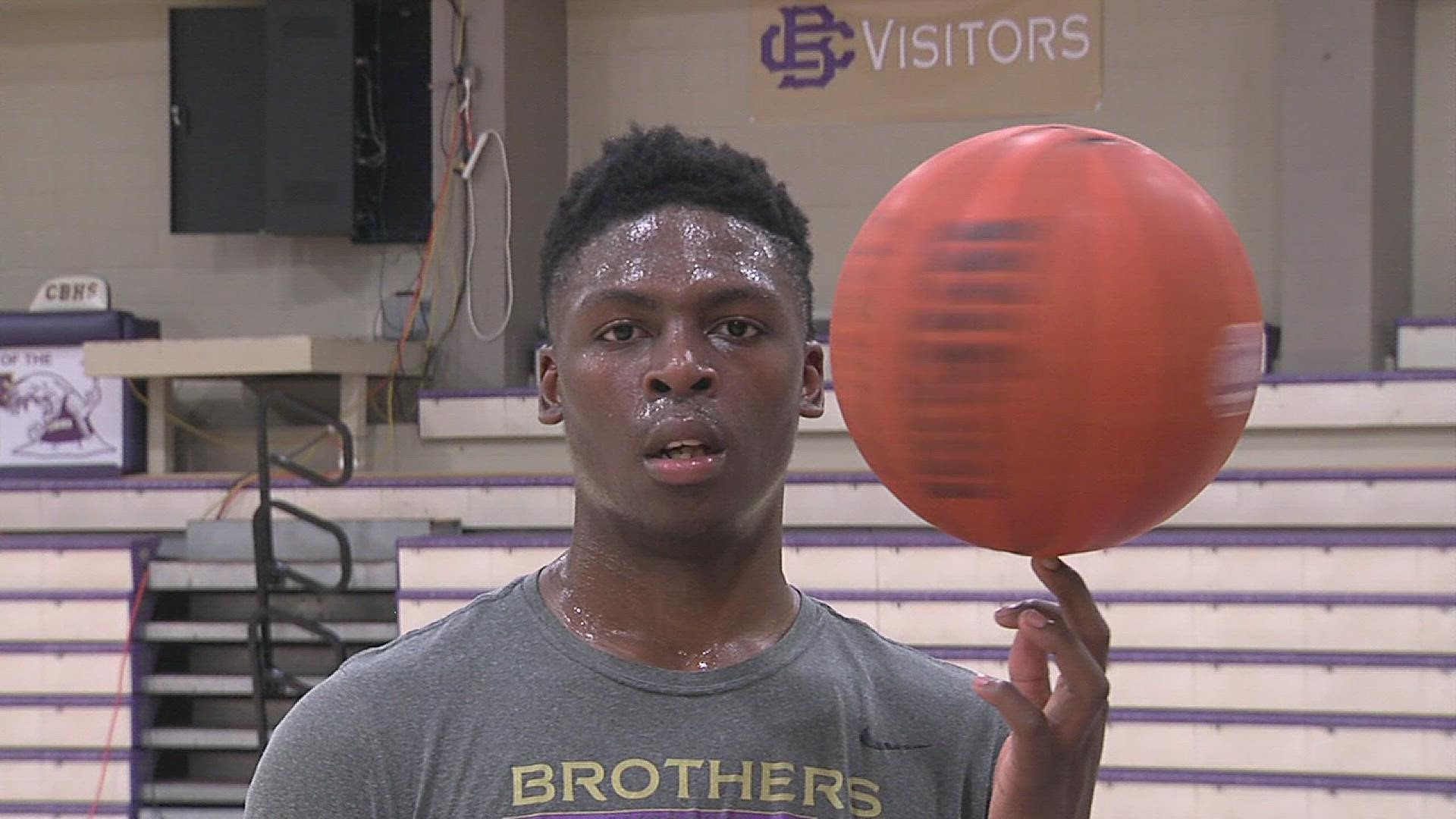 MEMPHIS, Tenn. — Chandler Jackson's stock is rising faster than even he imagined.

In less than a year, the Christian Brothers High School senior went from outside the Top 200 in his class to becoming the highest rated senior in the Memphis area.

"All these coaches are texting me, these great coaches, trying to get me to their schools. I'm kind of surprised," he said. "I'm not going to lie, I was surprised. I'm shocked. I shock myself."

Jackson says current Tigers Johnathan Lawson and Alex Lomax along with 2022 commit Amarr Knox, have been actively recruiting him to the U of M.

While he is aware of outside pressures to play for the hometown team, Jackson said it will not make an impact on his decision.

"Your friends and everything, everybody wants what is best of you," he said. "People outside of your circle might talk but people around you know you're making the right decision, so they'll be okay with any decision."

His father, David, plays professionally in France. He and his mother have asked CBHS head coach, and former Tiger, Bubba Luckett to help with Chandler's recruiting.

"He certainly wanted us to give him some advice on what types of things to look for, but he's heavily involved in Chandler's decision," Luckett said of Chandler's father. "They FaceTime a lot and has made some visits, and plans on, I think his team in France is going to allow him to come over here and make a couple of visits with Chandler."

Jackson has already visited Memphis, Ole Miss, Missouri and Alabama. He will visit Virginia Tech the weekend of Sept. 23, Kansas on Oct. 1, and is hoping to schedule visits with Florida State and Texas. As for his decision date: