Memphis AD Laird Veatch: "She is just going to be a remarkable fit." 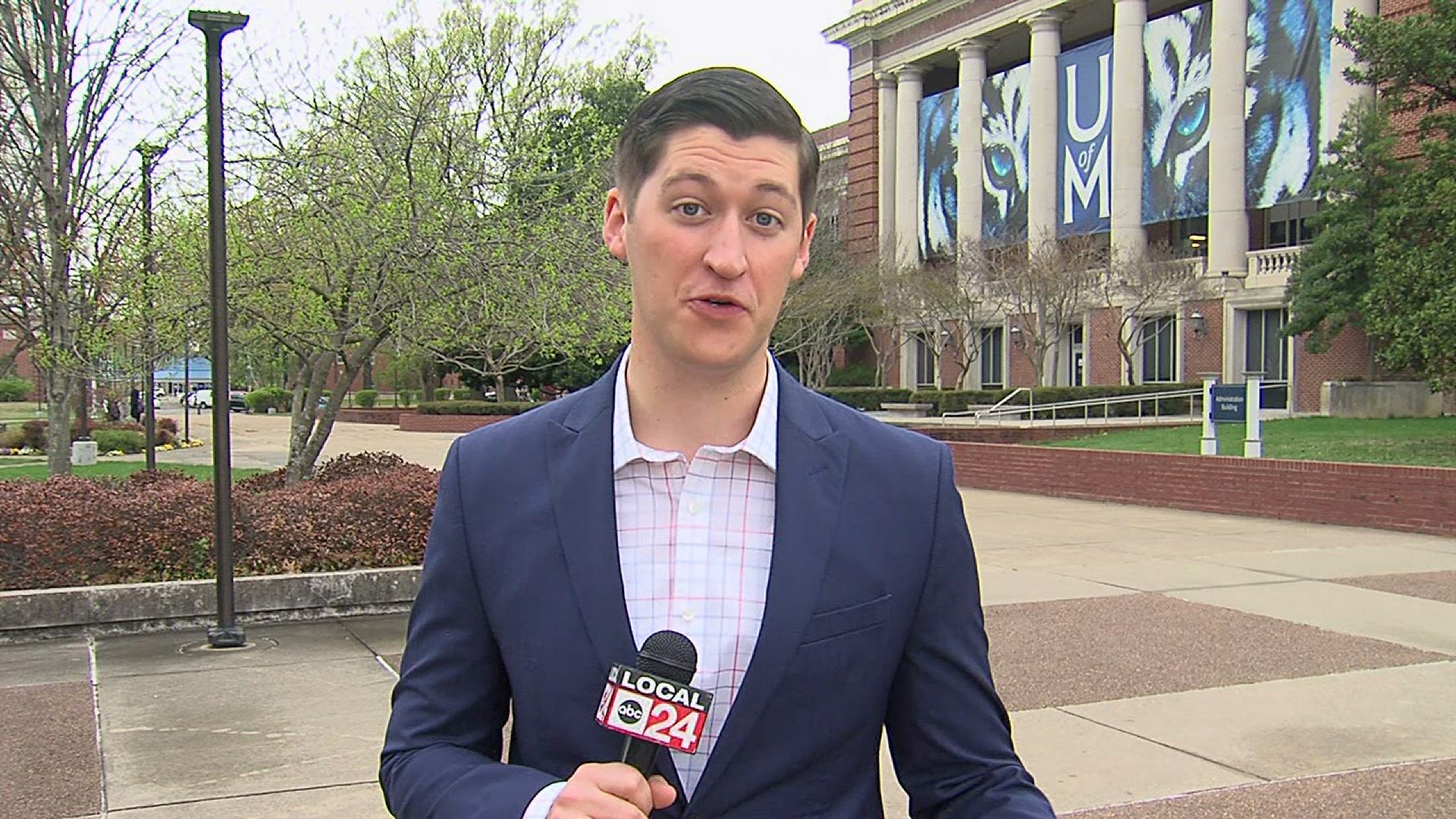 MEMPHIS, Tenn. — There was an air of excitement in Elma Roane Fieldhouse, and not only because it was the Tigers first in-person news conference since the pandemic began.

In bringing Katrina Merriweather on board, Memphis women's basketball has a new head coach, and a much-needed breath of fresh air.

Merriweather comes to Memphis from Wright State, after guiding the 13-seed Raiders to the Round of 32 via an opening-round win over 4-seed Arkansas. The upset was the first 13-seed win over a 4-seed in the NCAA Women's Tournament since 2012. The hire of a proven winner gives the UofM its best chance to end the program's 23-year tournament drought.

"I remember the days of the Tamika Whitmores and the Latonya Johnsons," she said. "Well, I'm going to see if I can find them, and I'm going to bring them back in here, so that they can attend games and talk to these young people and remind them of what this program was and still is and can continue to be."
Memphis not only found someone with a proven track record, but a coach capable of bringing positive energy back Tigers women's basketball, a quality largely absent in recent years.

The UofM won just four games in 2020-21, amid the midseason retirement of former coach Melissa McFerrin. Her departure came two years after an investigation into allegations of verbal abuse found a negative culture around the program.

"You just got to reset," Merriweather said. "Just push a button, and let's move forward. Let’s not dwell in the past, let’s not talk about what happened, or what was, or what could have been. Let’s do what we can actually something about — and that’s today, tomorrow and the next day."

The move is a landmark day for the University of Memphis, hiring the program's first Black head coach, also marking the first time that the Tigers men's and women's basketball programs are both being led by Black head coaches at the same time.

Penny Hardaway and the men’s basketball staff, fresh off an NIT Championship, are in the building to welcome Katrina Merriweather, @MemphisWBB’s new head coach. pic.twitter.com/ywt7f3L5Ya

"I think representation matters," she said. "I think it’s important for young people to see people who look like them. And as much as I am very proud to be the first Black coach and to be a female coach in women’s basketball, I think the one thing that we will focus on is the importance of being a good person."

Merriweather has a lot of work to do: A staff to assemble, a roster to retain, and recruiting trails to journey. But one of the first goals is to become a Memphian.

"I learned very quickly what it means to be a Memphian, and there’s a criteria," Merriweather said. "I don’t know how many ribs I have to eat or how many times I have to go to Beale Street or how many years I have to be here. But I’m looking forward to becoming a Memphian at some point once I meet those standards.”