'It's a dream come true': VFL Al Wilson thankful to be honored at Tennessee-South Carolina game

Wilson was honored for his induction into the College Football Hall of Fame. 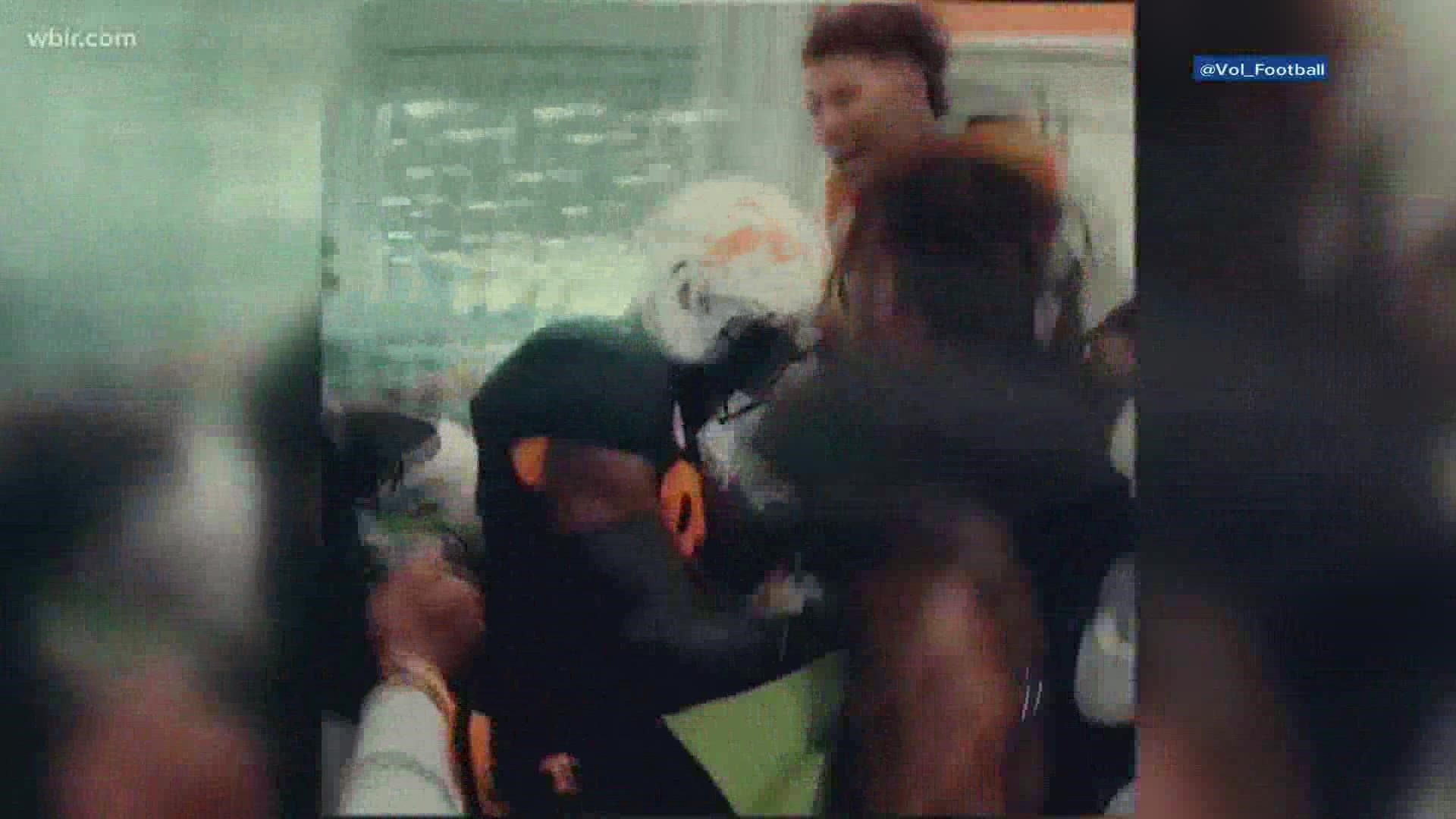 KNOXVILLE, Tenn. — Tennessee football legend Al Wilson was honored at halftime of the Vols' game against South Carolina on Saturday.

The ceremony was for the former star linebacker's induction into the College Football hall of Fame. He was thankful for the support from the school and fans as he took to midfield to be celebrated.

It's a dream come true."

VFL Al Wilson spoke on what the honoring at the Tennessee-South Carolina game meant to him. pic.twitter.com/G8mRyL9k70

"It's just hard to put into words," he said. "When you don't play the games for accolades or awards it makes it very special. What can I say? It's a dream come true."

Wilson's former head coach Phillip Fulmer, who he won a national tile with in 1998, was there for the ceremony.

"To be able to join him in the Hall of Fame, along with Peyton {Manning} a guy I played with, I couldn't ask much more as a player," he said.

The Vol for Life was happy to be. Back in Knoxville.

"It's home," he said. "I'm a Tennessee boy For me to be here an experience this with the fans is an unbelievable experience."

Wilson was selected by the Denver Broncos with the 31st overall pick in the first round of the 1999 NFL Draft.

Tennessee has this painted on the field today in honor of Al Wilson. pic.twitter.com/qyJBmbdSXK