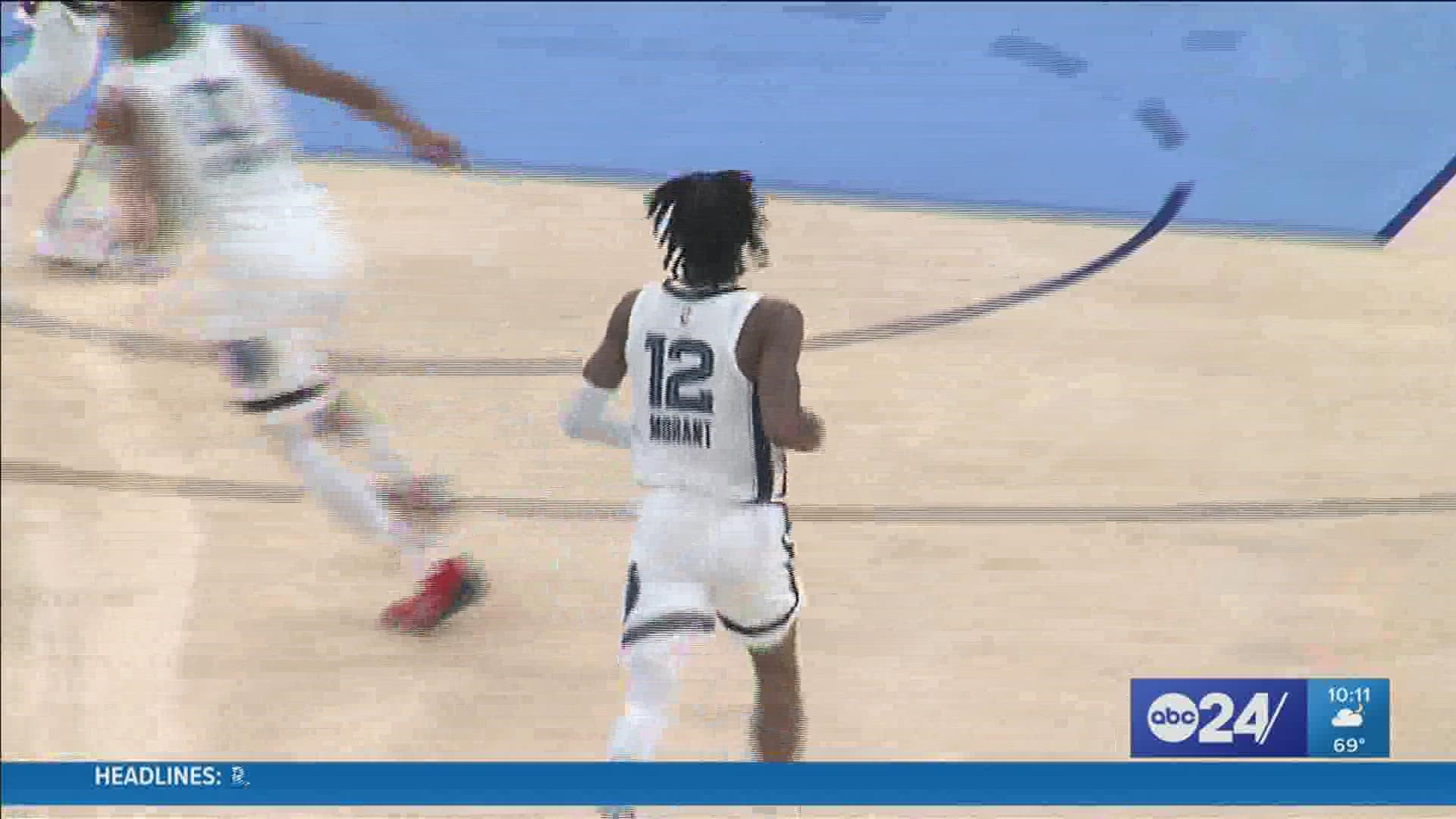 MEMPHIS, Tenn. — Nothing could stop Ja Morant Tuesday night; except for the fire alarm.

The Grizzlies preseason opener against the Milwaukee Bucks was suspended at the end of the third quarter after the alarm went off at FedExForum. After a lengthy delay, the league, in consultation with both teams, decided not to complete the game, citing player safety.

The Grizzlies announced that a sprinkler was inadvertently triggered in a non-public area. There were no injuries, per a team spokesman.

Memphis led 87-77 at the end of the third quarter, led by Morant's 27 points (11-18 FG). The Grizzlies star point guard wowed with multiple highlight-reel dunks in the third quarter before the night came to an anti-climactic halt.

Hundreds of fans and event staff waited outside the building for over an hour before the game was finally called.

The Grizzlies play the Hornets in Charlotte Thursday before returning to FedExForum Saturday night, hosting the Detroit Pistons.

Bucks at Grizzlies game suspended; statement from the NBA below. pic.twitter.com/ugNoF8GSxc

The Grizz girls are staying ready, just in case. pic.twitter.com/XeII3nApkm