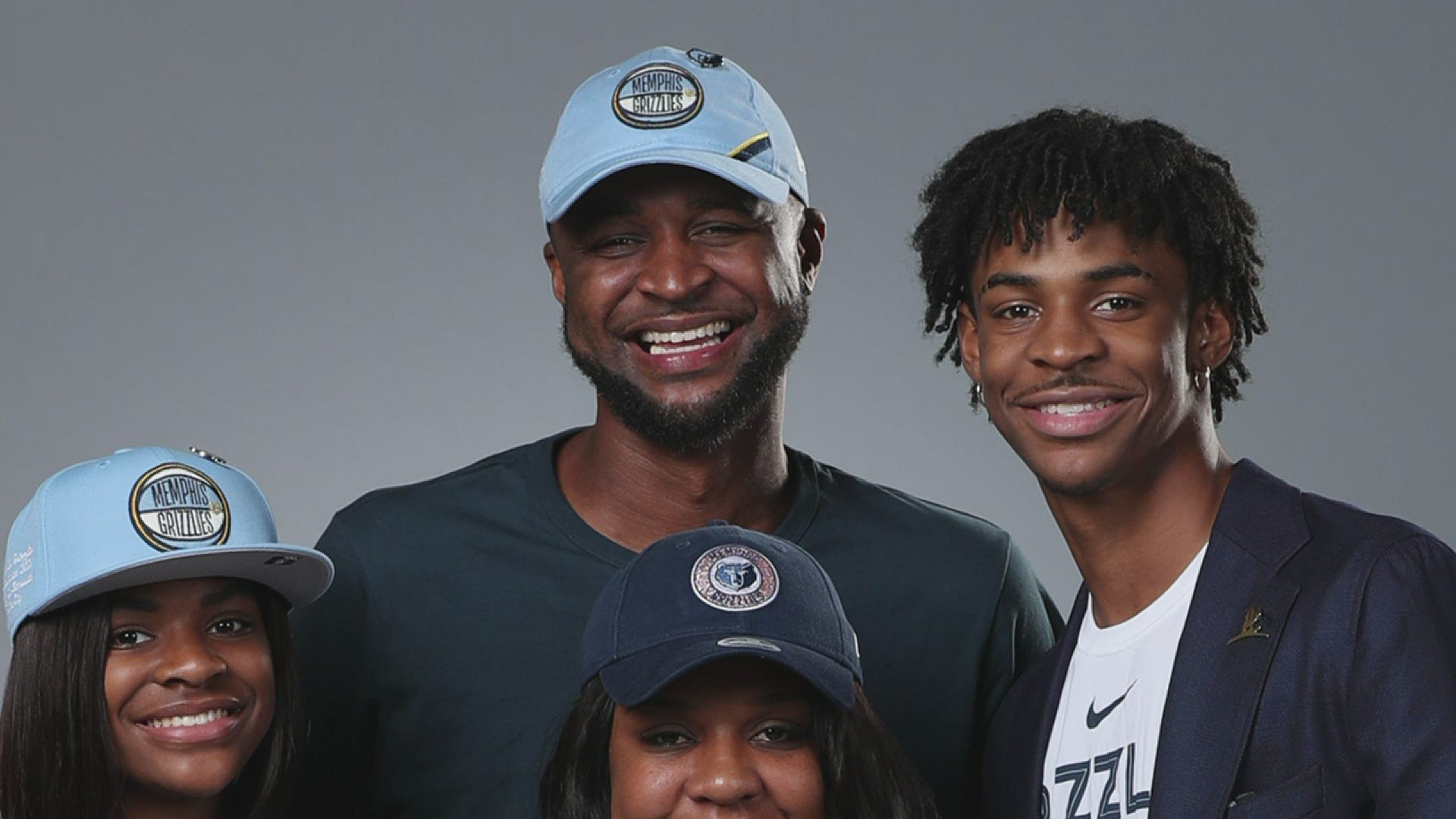 "They're competing on the court, so I feel like I'm competing in the stands," he said.

But during Game Two of the Grizzlies first round playoff series in Utah, friendly banter crossed over into sexually charged and racist harassment directed at Ja Morant's mother and father.

"I saw a guy standing up pointing at his genitalia," Morant said. The fan was speaking to Ja's mother, Jamie. "He inappropriately invited her under his clothes."

"A fan like three rows behind me was with his little daughter and he was like 'I'll put a nickel in your back boy and watch you dance,'" Morant recalled. "I turned around and was like 'Yo, I ain't nobody's boy.'"

"And then another one told my wife to shut the eff up or sit down or something like that, and he got escorted out."

Morant said there were also racist comments directed at the family of Dillon Brooks.

All three fans were ejected and banned indefinitely from future Jazz games. Jazz owner Ryan Smith apologized for the fans' behavior on Twitter.

Memphis Grizzlies and Morant family... we are embarrassed and sorry. The @UtahJazz have zero tolerance for offensive behavior. We are committed to creating a respectful, competitive environment. https://t.co/cLsKWSk1l1

The Morants' experience was one of three fan-related incidents in Wednesday Night's NBA Playoffs. In Philadelphia, a Sixers fan dumped popcorn on an injured Russell Westbrook. In New York, someone spat on Hawks star Trae Young.

Now home for Games 3 and 4, Tee is looking forward to the energy of FedExForum in the playoffs.

"We might tear the roof off of the Forum," he said laughing. "I can't wait."

my family told me they felt the love from all the other jazz fans who were around them 🤝 even bought each other drinks with a few.

those 3 just went too far 💯 https://t.co/1XvjXcPVOo

Morant insists that Wednesday was a case of three bad apples. He says that the rest of the Jazz fans around them were friendly. He even bought drinks with some of them.

But when those fans asked if he would return to Utah for Game Five, that healthy trash-talking came right back.

"They we're like, Hey Tee are you coming back for the game Wednesday? And I said of course, it's gonna be the close out game," he said. "We gonna beat you twice in Memphis, then close y'all out on your own court."