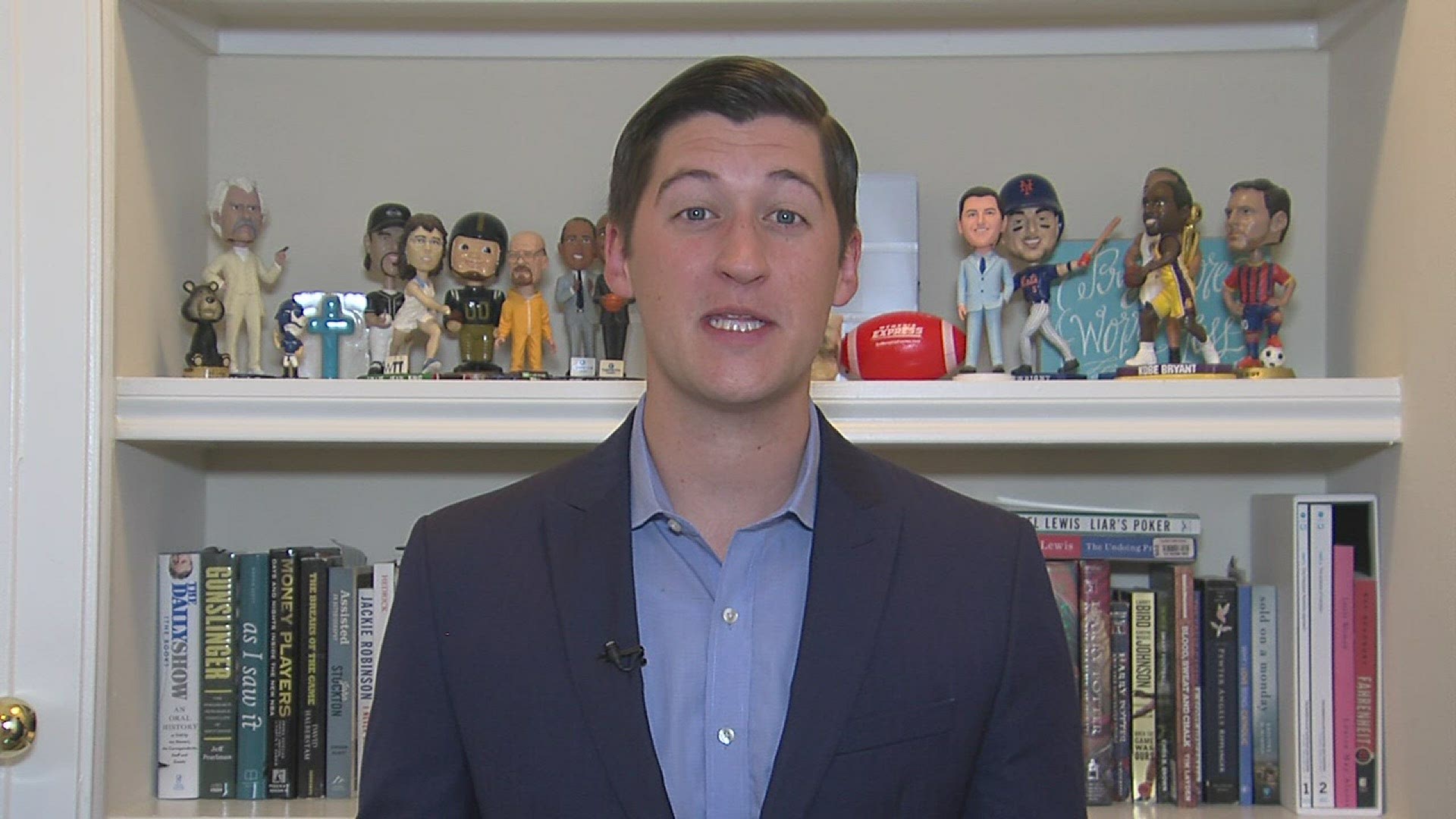 MEMPHIS, Tenn. — This time last year, James Wiseman was at the center of an eligibility showdown between the University of Memphis and the NCAA.

The repercussions from that saga are still on the horizon for the Tigers.

But as Wiseman prepares for this Wednesday's NBA Draft, the projected Top 3 pick says he does not regret how his short college career panned out.

Wiseman left the University after the NCAA suspended him and required him to pay $11,500 to a charity of his choice due to moving expenses that his family received from Penny Hardaway when he was the coach at East High School.

Despite the way his Memphis tenure ended, the 7-foot-1 unicorn said the bonds with his coaches and former teammates remains strong.

"Coach Penny Hardaway, Mike Miller has been a great foundation in terms of my skill and development," Wiseman said. "I had a great time in Memphis, I love my teammates, I actually text them every day. I just love the Memphis organization. Even though it was hard times there, I still love everything about it. The culture is great, the environment is great and all the people up there are great and supportive people."

Been waiting for Draft Day my whole life. Shoutout to @MountainDew and @jarenjacksonjr for letting me showcase my skills off the court before #NBADraft night. #DewxNBADraft #ad pic.twitter.com/DLQ9kj3SL2

Wiseman was also a key recruiter, in bringing the No. 1 recruiting class to Memphis. He hopes the city remembers the positives that came from his presence too.

"Of course I wanted to win a national championship, of course I wanted to establish that situation with my teammates," he said. "Obviously, there is going to be a lot of good and bad, in everything that you do in life. I'm willing to take both of them, and it doesn't faze me at all."

He has made peace with where he has been. By Wednesday night, Wiseman will know what comes next. He said he has primarily had contact with Golden State and Charlotte.