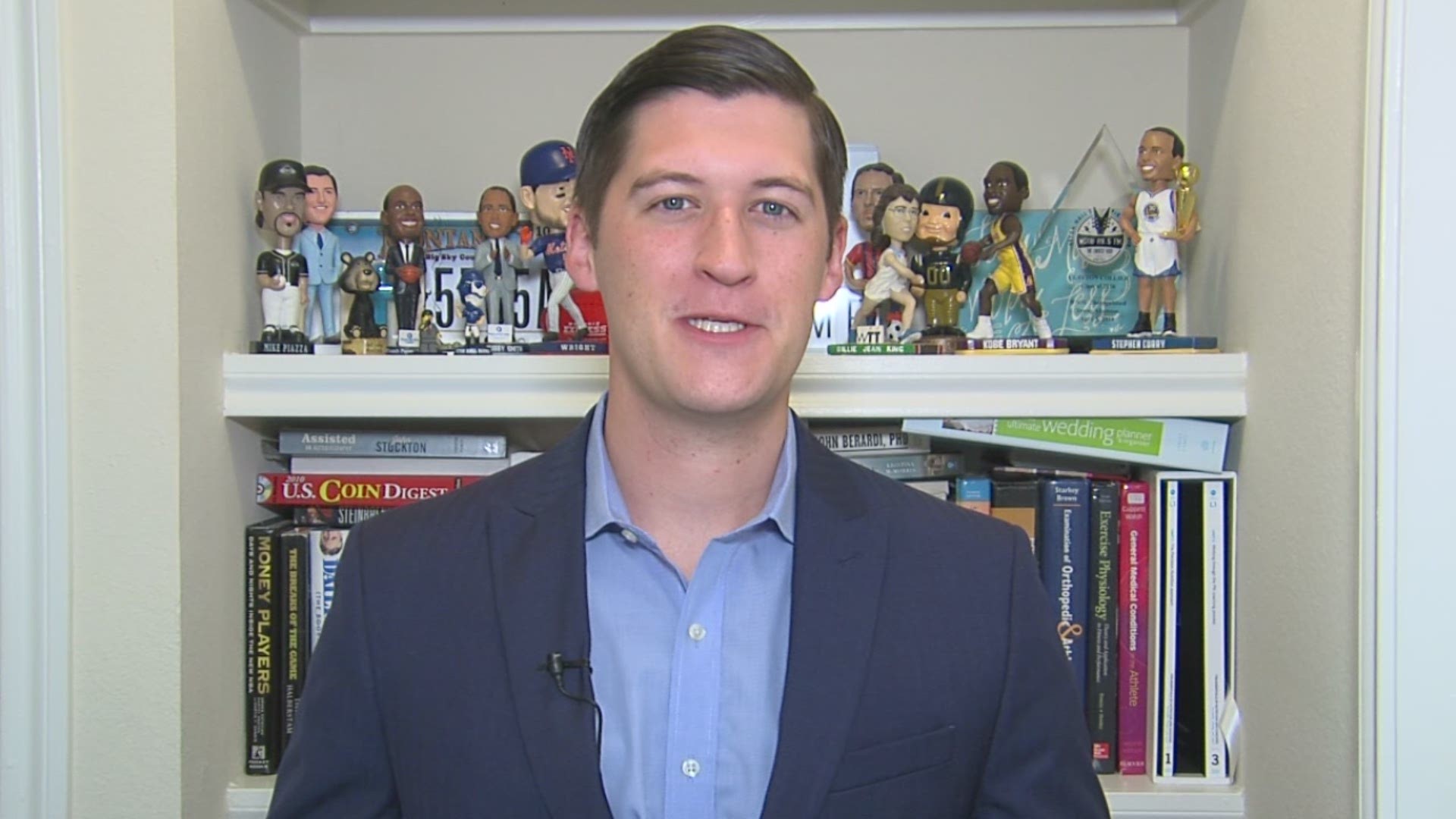 MEMPHIS, Tenn. — Jeremiah Martin's path to the NBA was not an easy one, but never once did he moan and groan.

"That's just something that's instilled in me," he said. "Not complaining."

He did not quit after going undrafted out of the University of Memphis. Martin signed an Exhibit 10 contract with the Miami Heat.

Three months after he was sent to Miami's G-League team in Sioux Falls, South Dakot, the Mitchell High School product eventually signed a two-way contract with the Brooklyn Nets.

"You can't just quit," Martin said. "You just have to stay focused, knowing times will be tough, things may not be on your side. Things are stacked against you. I mean just beating the odds, doing thing what people think you're not able to do."

Because of the bubble environment surrounding the NBA restart, two-way contracts are guaranteed for the rest of the season, including the playoffs--creating an unprecedented chance for Martin to show why he deserves to stay in the National Basketball Association.

That’s a classic I love you too pop. https://t.co/kW51QVlDBP

"It's a great opportunity," he said. "Something I've been waiting on and working for all my life.

"He's eager to learn when he steps into the gym," Nets interim head coach Jacques Vaughn said. "I mention his teammates really enjoy being around him. He's fearless. Definitely a guy who is thirsting for knowledge to get better. Really enjoy him being in the gym."

The opportunity doesn't come without a cost: the bubble means extended time away from his daughter Journee.

"It's definitely hard not being around my daughter," he said. "I talk to her a lot everyday. I just miss her. The ultimate goal is to play basketball, do my job and be able to take care of her."