An injury riddled season took a toll on Memphis veteran linebacker JJ Russell. He used his faith to cope and recover. 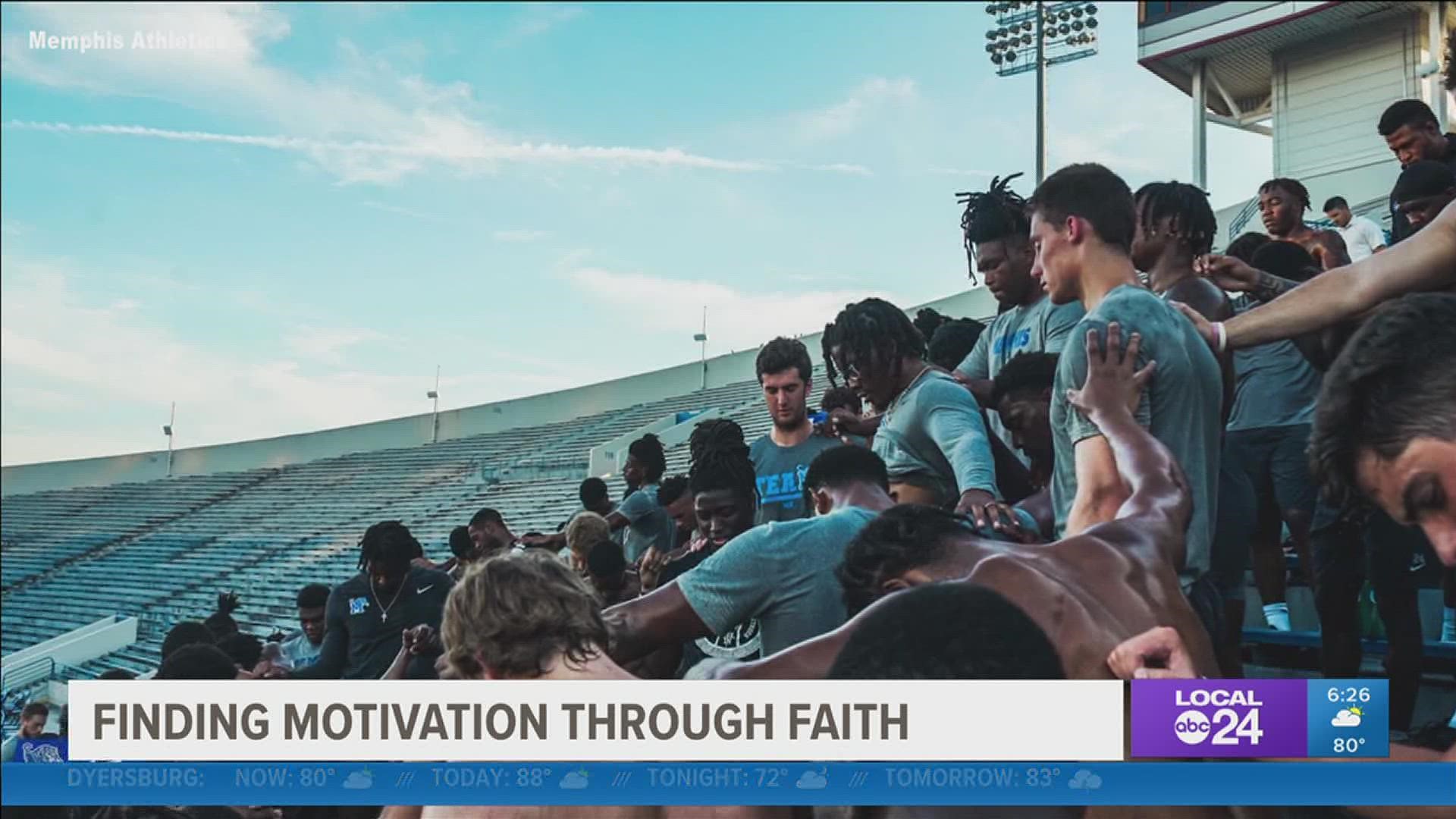 MEMPHIS, Tenn. — Football players or even just athletes, in general, take many different avenues to find that motivation that fuels their play on the field.

JJ Russell's method was a mixture between love and faith.

“I met him he had an idea of God, what came out of it in time was him becoming a person that knew God,” said Pastor Broderick Connesero.

Fifth-year senior linebacker JJ Russell is one of the core voices of leadership for the Memphis Tigers.

They say nothing is more powerful than a changed mind and that’s exactly what it would take for Russell to become a leader on the team.

“In years past my focus was just so on football. Trying to focus on getting to the league or just being a great football player but the game of football is so up and down,” said Russell.

With nagging injuries throughout his junior season, football for JJ seemed to be head downward.

“When it takes that toll on your mind, it affects your lifestyle. So that sent me into a series of depression,” said JJ.

"In that season I was looking for anything, just looking to be happy again and just enjoying football,” said Russell.

That's when he met his now-wife Amber Russell.

“We both enjoyed hanging out and going to parties and turning up, you know,” said Amber.

Amber noticed JJ’s growing struggle with football and as a former Memphis athlete for the women’s basketball team who also dealt with injuries, she felt pulling JJ in to learn about faith would help him, just as it helped her.

“Like okay, instead of me putting all my chips in football, I put all my chips on god the same grind that I had with football now is with you,” said JJ.

Now, he leads Bible studies at his church and even at home with his teammates, also helping them through their struggles.

“I see him caring for his teammates differently. I see him being a leader, not only in our relationship as my man, my husband but also to the people in his proximity,” said Amber.

JJ mentioned once he understood Amber was an important component of his growth, he asked for her hand in marriage headed into his final season with the tigers.

“His plan was God’s plan in his mind, what time would produce, is him understanding that he and God’s plan was different,” said Connesero.