Local track star Erica Bougard is competing in the heptathlon at the Tokyo games. 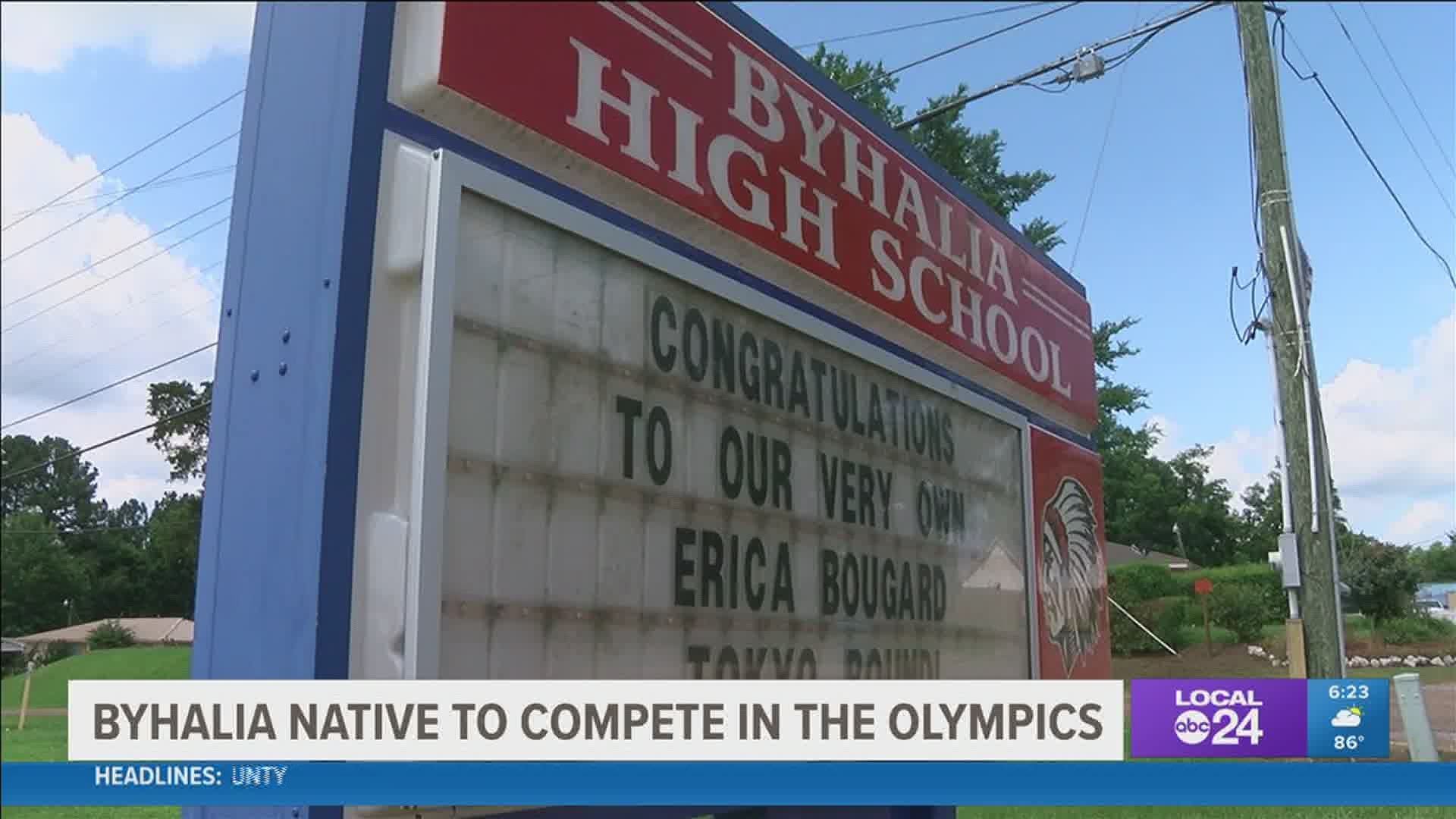 BYHALIA, Miss — The small town of Byhalia, Mississippi is hoping for a big win in the Olympics for a local track star.

Signs are posted around the community wishing Bougard luck in the Toyko Olympics.

"This is her college stuff right here, which is Mississippi State, " said her brother Jereme Bougard.

Jereme showed us the awards and medals his sister has received over the years.

"To get to where she is, she has to practice every day - non stop," said Jereme.

A medal his sister recently won at the Olympic trials was also send to house.

"She sent it down and we didn’t know it was coming. So when we got it, I it was so excited she sent it right to us back to the house," said Jereme.

Erica missed making the Olympic team last time, which she said is what motivated her to work even harder.

"I felt bad watching all my friends and all the people I know, watching perform at the RIO Olympic Games. And I was like 'wow that could have been me.' From then on I was like, 'no, I’ll be on the next team'," said Erica. "This has definitely been the ultimate goal. I want to come home with a medal."

Erica's family and friends are an important part of her life and she hoped some would be joining her in Tokyo. But due to an COVID-19, no spectators are allowed at the games.

RELATED: Simone Biles opens up about going out on her own terms

RELATED: Olympic athletes to put on own medals at Tokyo ceremonies

"I think it’s going to be difficult because we’re like on the hugest stage possible for track and field and we are going to have zero fans," said Erica.

"This is the Olympics. This is the pinnacle of where you want to be, so I wanted to be there no matter what," said aunt Karen Bougard-Winn.

Karen Bougard-Winn said she will miss seeing Erica compete in person, but instead there's a big watch party in the works in Marshall County, Mississippi.

"We just have to watch it on TV and root for her from home," said Jereme.

Erica Bougard at the 2021 U.S. Olympic Track and Field Trials