The game is set for 2:30 p.m. at Saturday, December 11 at Memphis University School.

The All-Star Game features the top senior players from Shelby County Schools, municipal schools, and private schools from across the Memphis area.

“The AutoZone Liberty Bowl High School All-Star Game is well established and entrenched as one of the marquee events on the local high school scene,” said AutoZone Liberty Bowl associate executive director Harold Graeter. “With two outstanding coaches from Memphis leading the teams, we will continue the tradition of excellence the All-Star Game has created over the past eighteen years.”

The All-Star teams will be chosen by a selection committee made up of area head coaches and other football analysts. Each player must have the recommendation of his head coach and will be selected on the basis of his character, on-field achievement, and classroom performance.

“The AutoZone Liberty Bowl High School All-Star Game gives Memphis a chance to showcase the abundance of talent in the Memphis area,” said Jones. “It gives many seniors one last opportunity to go out as a winner in their final high school game if they didn’t win the state championship. It’s a great way to kick off the activities for the AutoZone Liberty Bowl.”

“The AutoZone Liberty Bowl High School All-Star Game gives the fans an opportunity to see local talent that, in many cases, they have only heard or read about,” said Stewart. “Because of the exposure the game has created over the past years, there has been an increase in appreciation for the overall talent that Memphis and Shelby County have at all levels.” 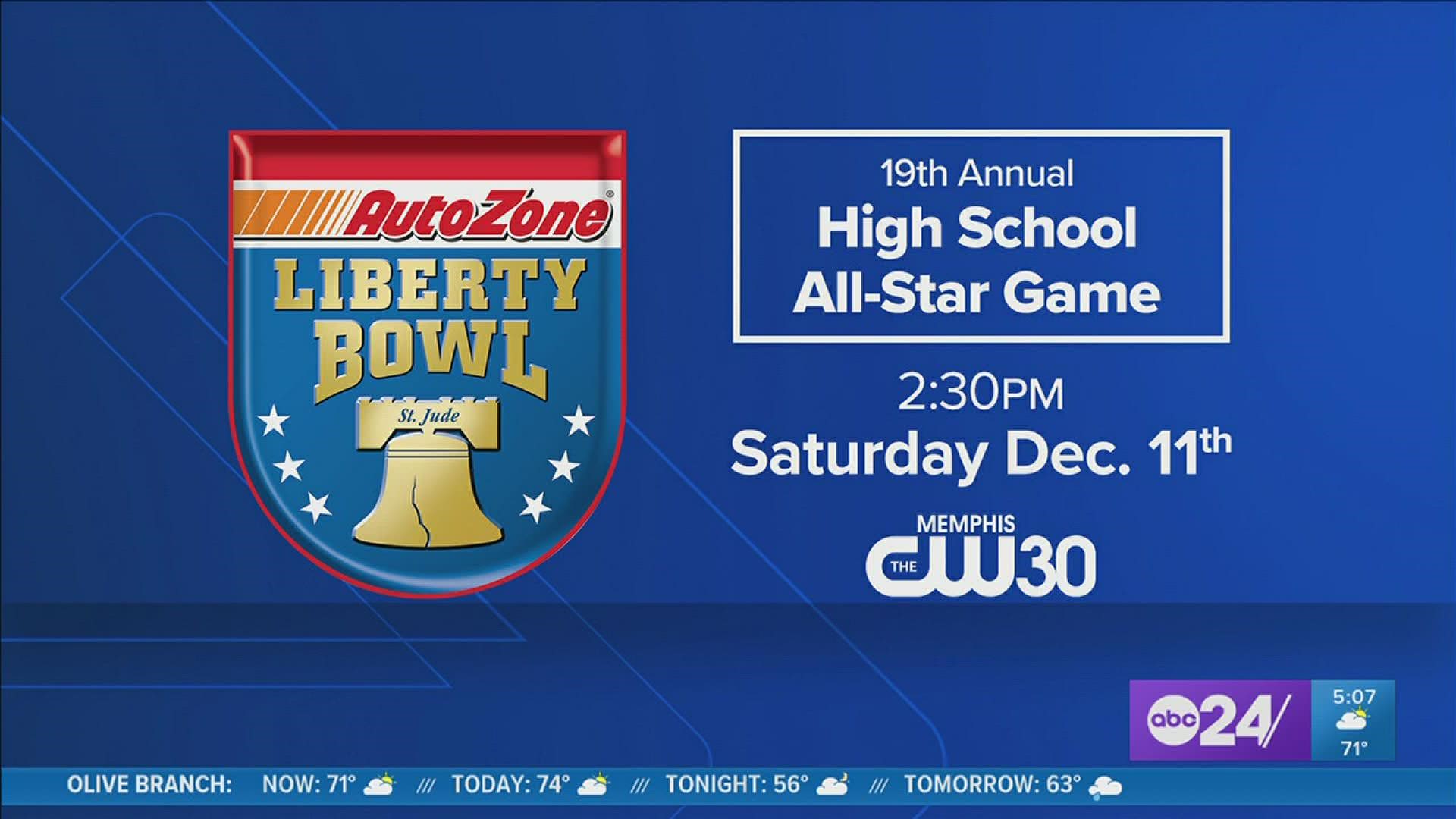