A star-studded Southern Heritage Classic makes its return to Memphis

ESPN's first take, TSU and JSU's star-studded coaching staff headed to Memphis for the annual Southern Heritage Classic after it was canceled last year due to COVID. 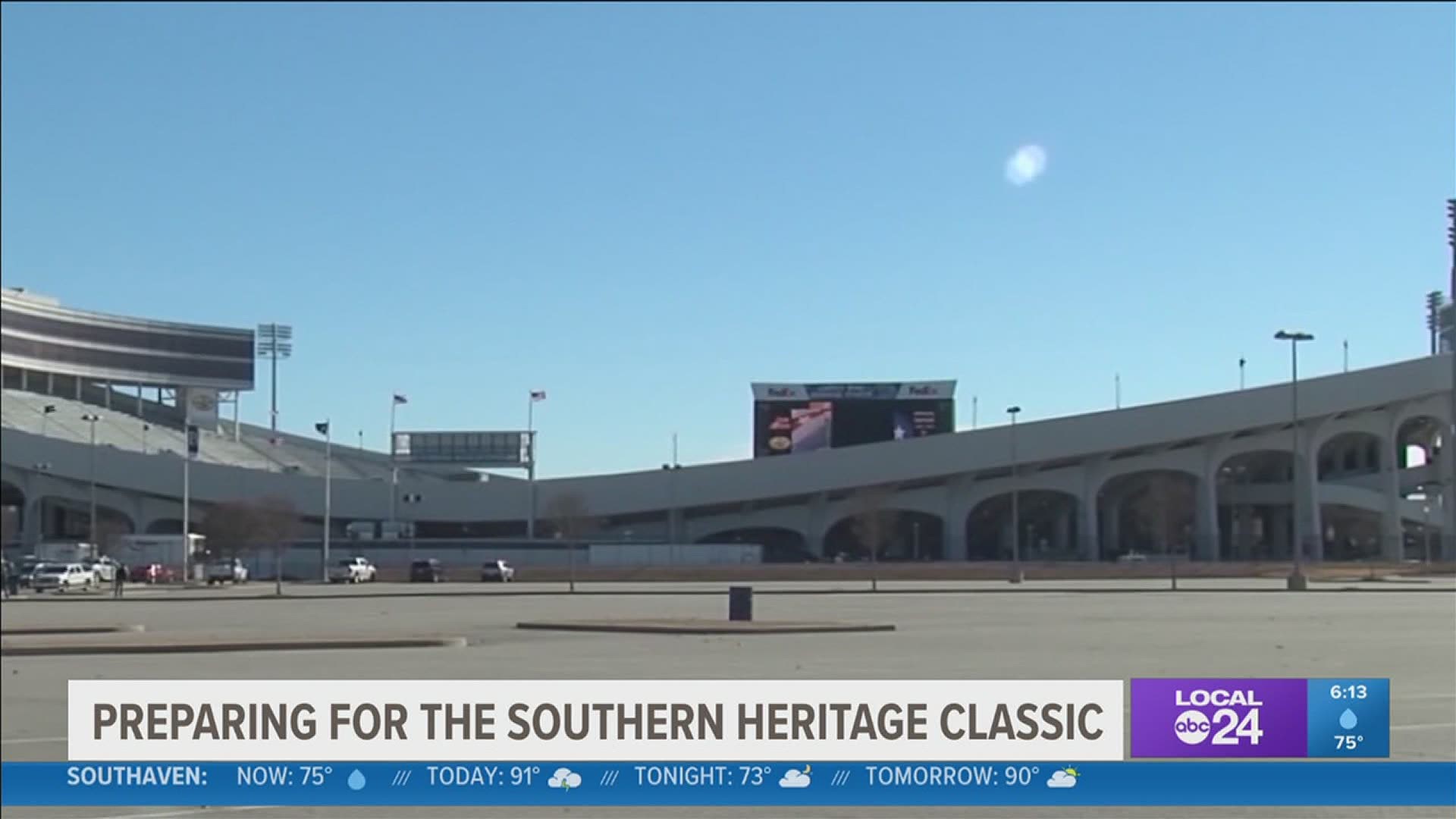 MEMPHIS, Tenn — Family, food, fun, and football are all making a comeback this year in Memphis, southern style.

“It’s called the Southern Heritage Classic for a reason,” said the founder of the classic, Fred Jones.

In 2018, storms caused the annual Jackson State and Tennessee State showdown to be canceled. It returned in 2019. However, it was canceled again the following year in 2020, due to the COVID-19 virus.

This year it’s back, in a big way.

“My first go-over with the classic was getting started, then the next one… are people going to accept it the next year? Well, this is number 32,” said Jones.

And this year it's star-studded.

NFL legends Dion Sanders and Eddie George will be coaching against each other on the sidelines and Jones said the tension in the rivalry is more than ever before.

“They have brought a lot of star power. The classic is okay in its own right, but to have this type of celebrity star power is pretty significant.” said Jones.

We all know Jackson State faithful will show up and show out 😤 pic.twitter.com/hlT5Bt0K08

This comes as no surprise to some, as Steven A. Smith said his mission has always been...

“To make sure that I bring as much attention to HBCUs, and I’ve been on a mission to do that my entire career,” said Smith.

In response to me asking, how important is it to you that that type of atmosphere is going to be welcomed back this year in such a big way?

And Jones said if you’ve never been, expect to have a good time.

The Southern Heritage Classic kicks off September 9 through the 11th.