Since contact sports have resumed, it's going to be a lot of trial and error to see what works for safety measures 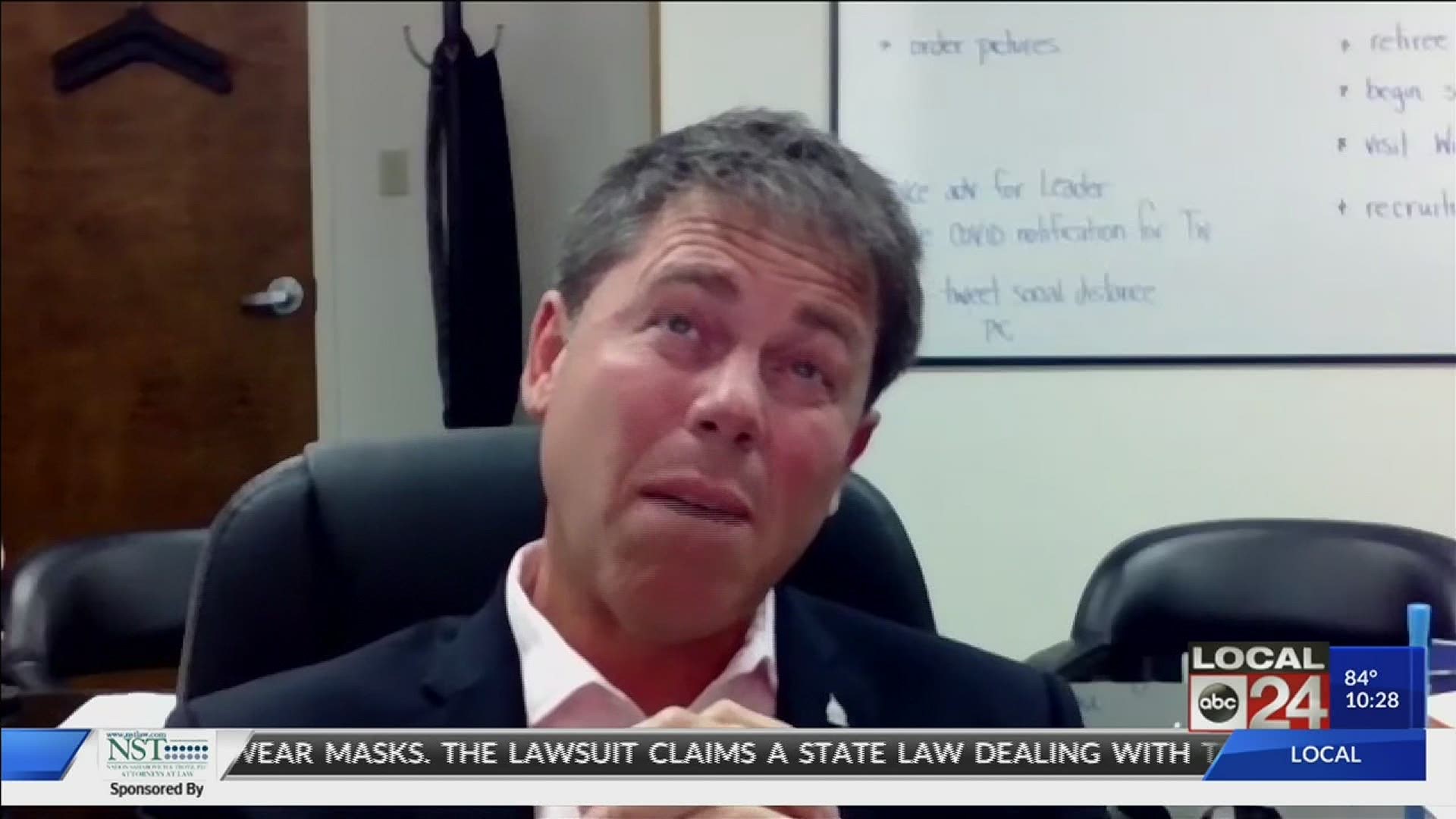 COLLIERVILLE, Tenn. — The Friday night lights are a tradition in the Mid-South. However, COVID-19 means fewer people will be able to cheer on their time. Tipton County Schools superintendent Dr. John Combs said he watched from the end zone at last Friday's Covington High School football game to see how the fans responded to the safety guidelines.

"The bleachers, in that case, had been taped off with purple tape to show sections where they could sit and those were just kind of being ignored," Combs said.

The stadium had a third of its capacity, which was just over 1,000 people. He said there were multiple announcements over the speaker to maintain a social distance, but fans seemed to struggle with it.

Combs said changes had to be made after many fans were seen not wearing masks and social distancing per guidelines set by TSSAA. In a statement from Covington High School, it was outlined how the season could continue for spectators if rules are not followed.

"Due to this disregard for the procedures we put into place, the next home game will see only half the number of tickets sold," a spokesperson for Covington High School said. "In cooperation with CHS Administration and the Gridiron, it is our hope that fans will make a concerted effort to follow the protocols for socially distancing. If this continues to be an issue, game capacity will be further reduced or even closed to the public."

Combs said he has received positive feedback from other schools about how Covington High School fans maintained the rules in place at away games.

At Collierville High School's game last Friday, the school district said fans did exceptionally well with the safety guidelines posted at the stadium. Mario Hogue, the Collierville Schools communications specialist, said they are following the latest guidelines from the Shelby County Health Department and the TSSAA.

"This is a huge learning curve for everyone in every sector of business," Hogue said. "We’re really taking it one day at a time and really leaning on the guidance of the experts."

However, Collierville High School had two players test positive after that game against Briarcrest Christian School. In a statement, a spokesperson for Briarcrest told Local 24 News that they were made aware of the two positive cases on the Collierville team.

"Only one of the players played in the game on Friday night," the spokesperson for Briarcrest said. "After Collierville High School reported this to the Shelby County Health Department to disclose the facts and circumstances, they were told that there was no need to notify Briarcrest for contact tracing."

Out of caution, Collierville decided to cancel their next two games. Hogue said maintaining the health of the team is an on and off the field initiative.

"We are constantly working together and reminding one another did we wash our hands recently, let’s all wash our hands, guys remember to separate," Hogue said.

It’s forcing schools districts to rethink was has and has not worked for safety measures for players and fans. @LocalMemphis pic.twitter.com/pSAfG4me9n

Tipton County Schools also had a few players test positive and made sure each open of them quarantined and completed proper protocols from the health department. The school district is doing everything they can to protect everyone, but Combs said, "navigating these waters just isn’t going to be perfect."

"I’m not upset with anybody," Combs said. "We just need to socially distance because everyone is excited to be there and we’re going to follow those guidelines."