Kyle Morton came to Memphis 901 FC to fill the void of injured John Berner, who is out with a torn Achilles. 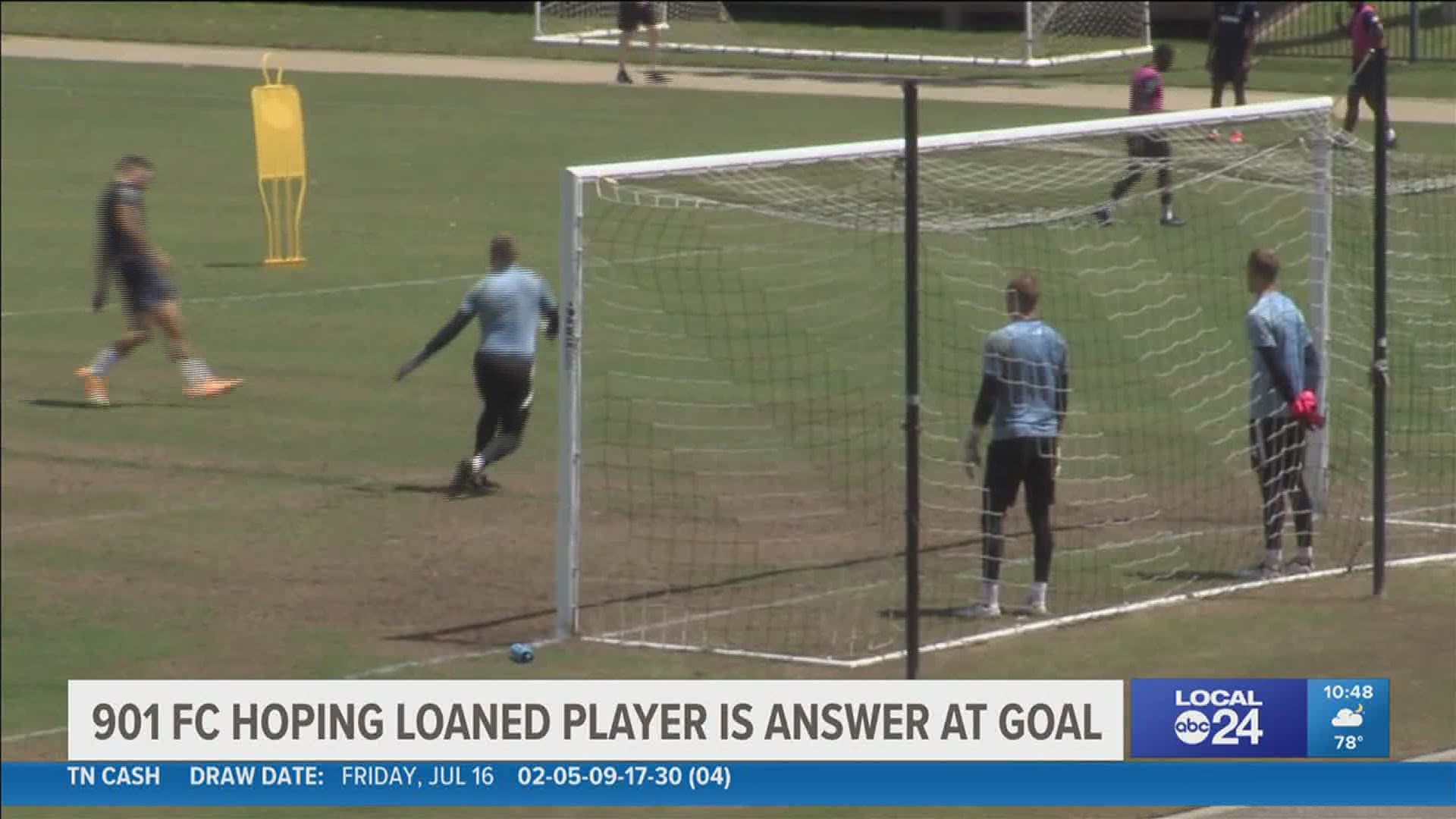 MEMPHIS, Tenn. — With a little over four minutes left to play in a match against Atlanta, Memphis 901 FC suffered a huge blow when starting goalkeeper John Berner went down with a torn Achilles back in June.

“You know when JB went down, it was tough, not only losing a player, but also a big player,” said head coach Ben Pirmann.

Out of subs, right-back defender Mark Segbers stepped in to finish the game as goalkeeper against Atlanta.

“We got a little set-backs with some injuries,” added Pirmann.

With the next man up mentality, Pirmann called on young Brady Scott to fill the Berner void for the next three games.

“That shows that we do have a complete team, anyone who gets selected is ready to go”, said Pirmann.

However, as a bit of relief, 901 FC picked up Kyle Morton on loan from the MLS team, Houston Dynamo.

Morton, an experienced goalkeeper who also won the MLS championship Player of the Week, made a big impact in the win against Birmingham Legion.

“It wasn’t necessarily all about his saves but his general presence. He commanded his box and lead the group from the back,” said Pirmann.

Primann added, his effort allowed other players on the team to also shine.

“I think if we do things right then we win more games than not. We’re focused really on putting ourselves out there and having a good performance,” said Pirmann.

Pirmann also said he hopes the team can maintain the momentum heading into their first home game, after three weeks on the road, against FC Tulsa, a 7:30 pm CT kick-off at Auto Zone Park on Saturday.