Kennedy Chandler has won Mr. Basketball twice in Tennessee, over the weekend he also won Gold with the U-19 USA team. 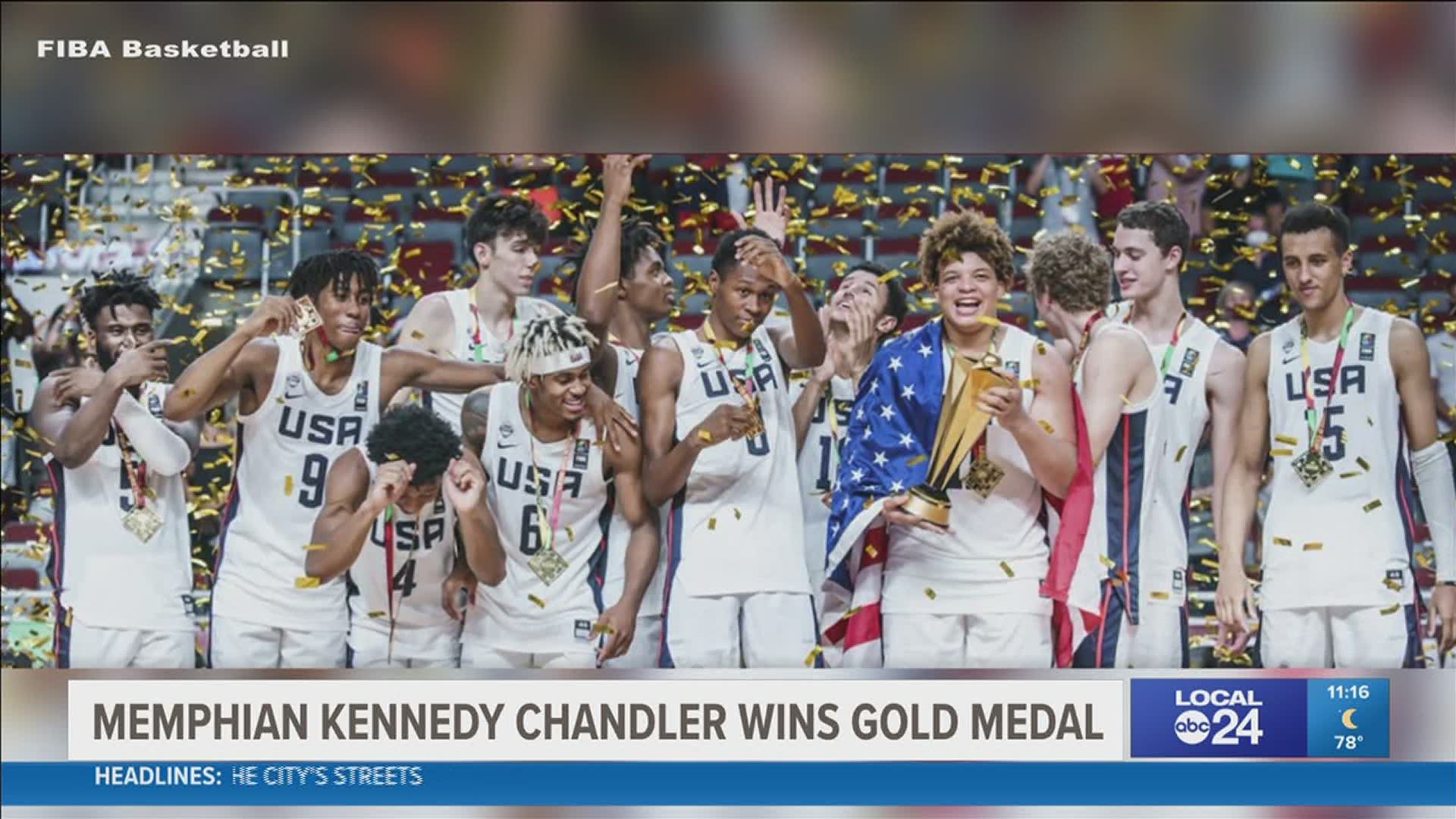 MEMPHIS, Tenn. — The USA U19 World Cup team came back to the U.S. from Latvia at World champions after a 7-0 run.

“It’s a dream come true for me to win a gold medal, it’s always been a dream of mine,” said Chandler.

However, he explained the journey to the top was rough.

On the way to Latvia, due to flight delays, the team was stuck in Germany with no luggage for a day.

After making it to Latvia, Kennedy said he noticed the guys noticed a lack in team chemistry.

“The first scrimmage we lost to Australia, so we knew it wasn’t going to be easy making it to the championship game,” said Chandler.

However, ahead of the start of the official games, the team pulled together, Kennedy averaging about eight points, three assists, and two rebounds per game.

However, in the semifinal game against Canada, Kennedy went up for a dunk and came down hard.

Initially worried, he was later cleared of suffering any significant injuries and was able to return for the championship, sealing the deal for the USA with a crucial rebound running the time off the clock to end the game.

“It’s more physical overseas compared to the U.S. I think I’m going to be prepared to get straight into college and be prepared for my first game,” said Chandler.

The former five-star point guard is now focused on his freshman season with the Vols at Tennessee.

Adding that, he hopes winning gold can allow other kids in Memphis to realize they can accomplish the same things through hard work.