Damonique Miller played for the women's basketball team at UofM, now she is with Felllowship of Christian Athletes and available to be there for students. 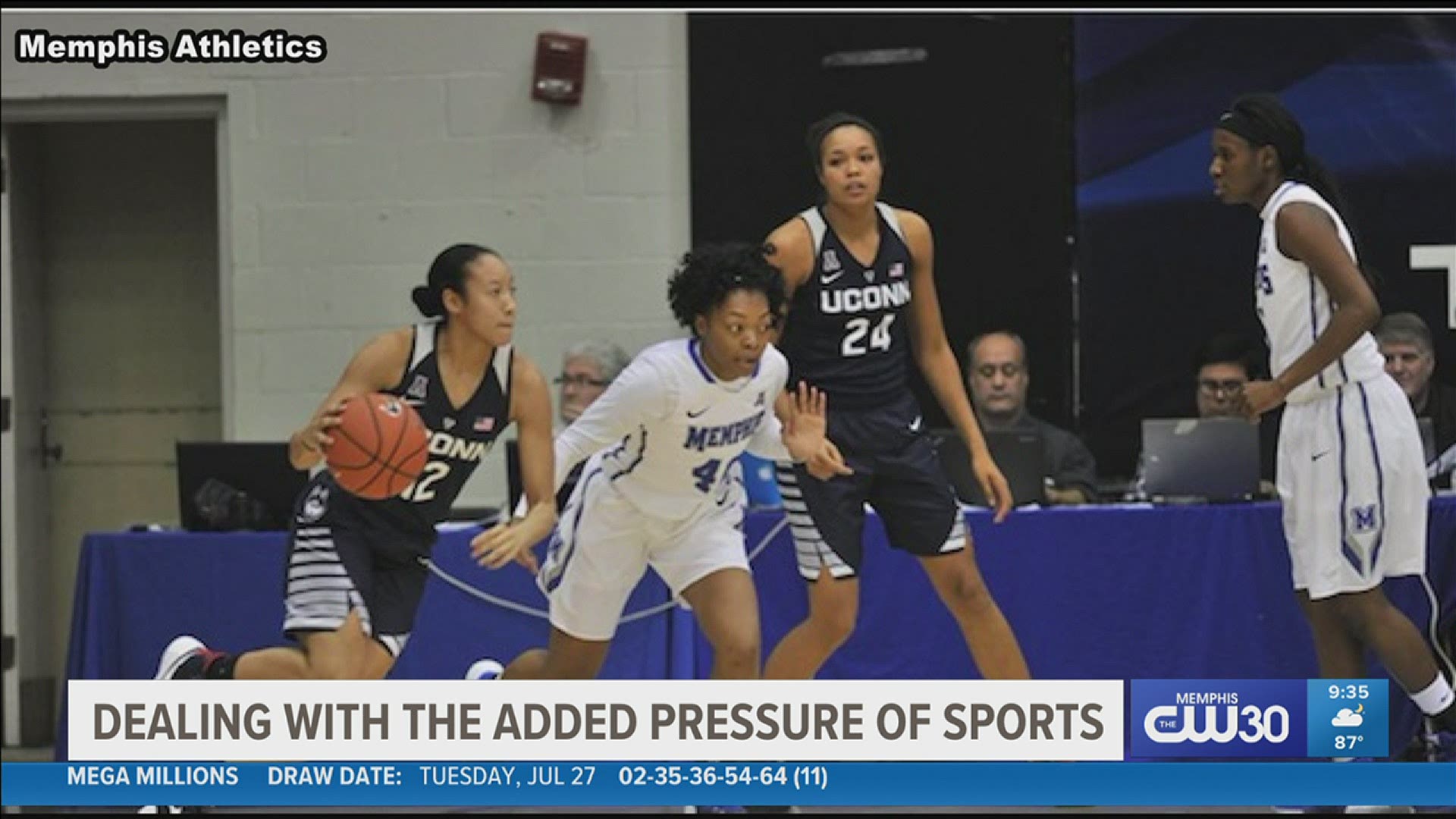 MEMPHIS, Tenn. — Naomi Osaka and Simone Biles are the world's most recent examples of how sports can be stressful for athletes. Former University of Memphis Tiger basketball player Damonique Miller said the stress for college athletes is very similar.

“I don’t know what happened, but it sent me over the edge. I was cussing, I was just all over the place and coach Darrell Brown just walked up to me and said 'Damonique you should watch your mouth. You should probably stop cussing you’re a young lady and you should carry yourself as such,' and at the time I said did he just check?” said Miller.

Miller said that one encounter changed her outlook and the way she carried herself as a college athlete.

“Me, I had a lot of injuries too, so a lot of my life did kind of happened outside of Elma Roane Fieldhouse, but I quickly realized that I had a different role than I initially expected when I came in here,” Miller explained.

That role for her was to be a supporting teammate from the sidelines. She said when times got hard it wasn’t often the athletes at Memphis had someone to talk to outside of the coaching staff.

“(To have) someone there on a consistent basis, I think, would’ve been so huge. To answer all the life questions that I had maybe not pertaining to basketball, but just me as a woman or things that would help me in my career,” said Miller.

A vacancy Damonique now fills for the present and future Tigers as an area director for Fellowship of Christian Athletes.

“What we do is we spread the gospel of Jesus Christ to our coaches and our athletes,” said Miller.

However, Miller added, they welcome all students and people in the Memphis community from different walks of life.

“Even though we’re the Fellowship of Christian Athletes, we still open the door to all students in general,” said Miller.

Miller says her mission is to be the listening ear and guide for the current and future athletes, an opportunity she didn’t always have in her time there.Hoping to lighten the load for any athlete in need emotionally and spiritually.

“If he had the boldness and he cared enough for me then, without really knowing who I was, I know I can do the same thing for athletes coming back here at the University of Memphis,” said Miller.

She added, if it wasn’t for him helping her to understand how to deal with her stress, she’s not sure where she would be.