Tickets still available for Tigers vs. UCF this Saturday at Liberty Bowl Stadium. 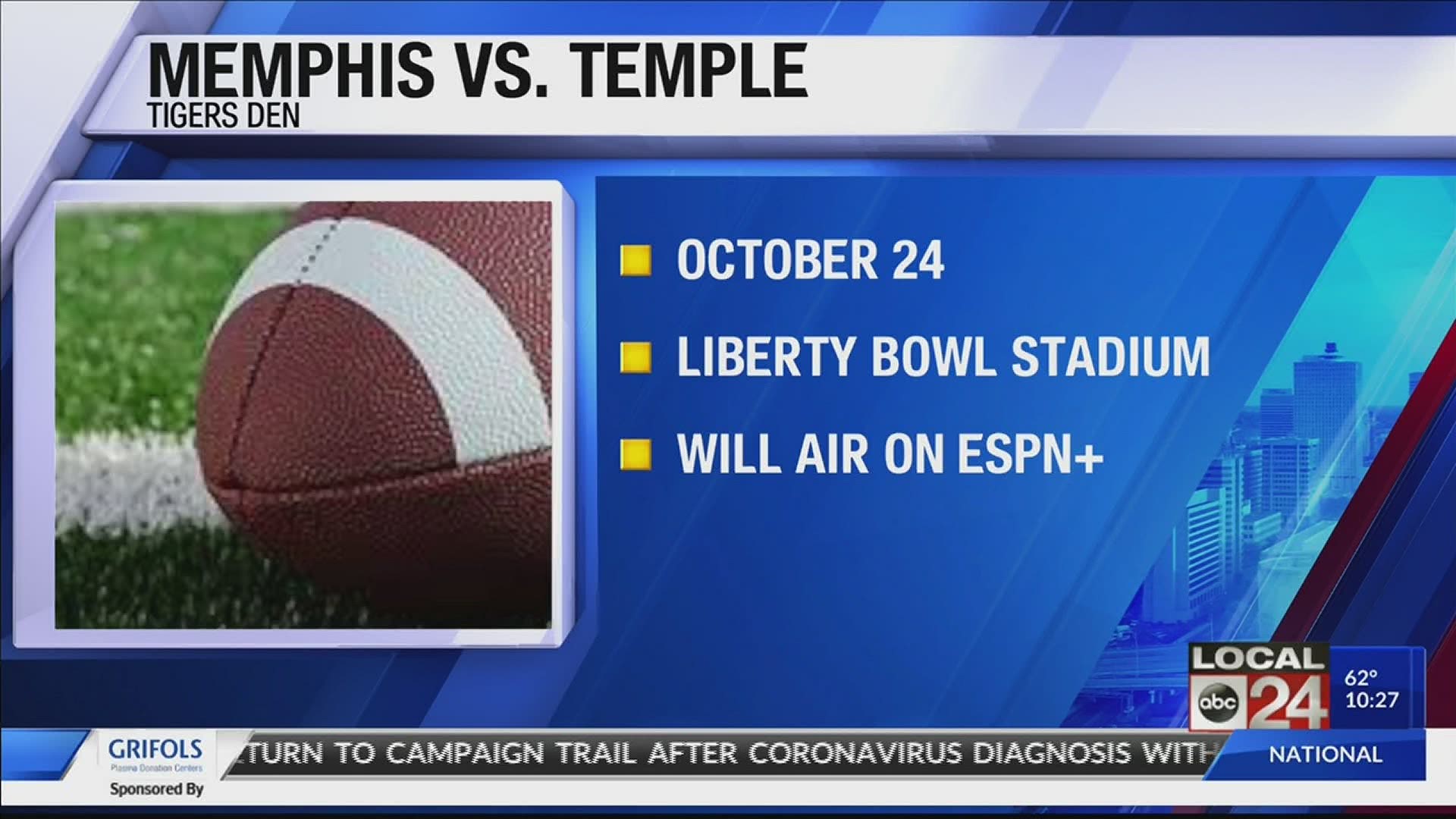 MEMPHIS, Tenn. — The Oct. 24 game between Memphis and Temple, presented by Kroger, is set to kickoff at 11 a.m. CT in Liberty Bowl Memorial Stadium and will be televised on ESPN+.

Memphis and Temple have played five times since both programs joined the American Athletic Conference in 2013. The Owls hold a 3-2 series advantage, including a 30-28 victory last season in Philadelphia. Memphis defeated Temple 34-27 in 2016, the last time the two teams met at the Liberty Bowl. Three of their five meetings have been decided by seven points or less.

The Tigers (1-1, 0-1 The American) are playing host to UCF in a game presented by FedEx this Saturday after a bye week. The Owls played their first game of the season last Saturday, a 31-29 loss at Navy, and will host USF this Saturday.