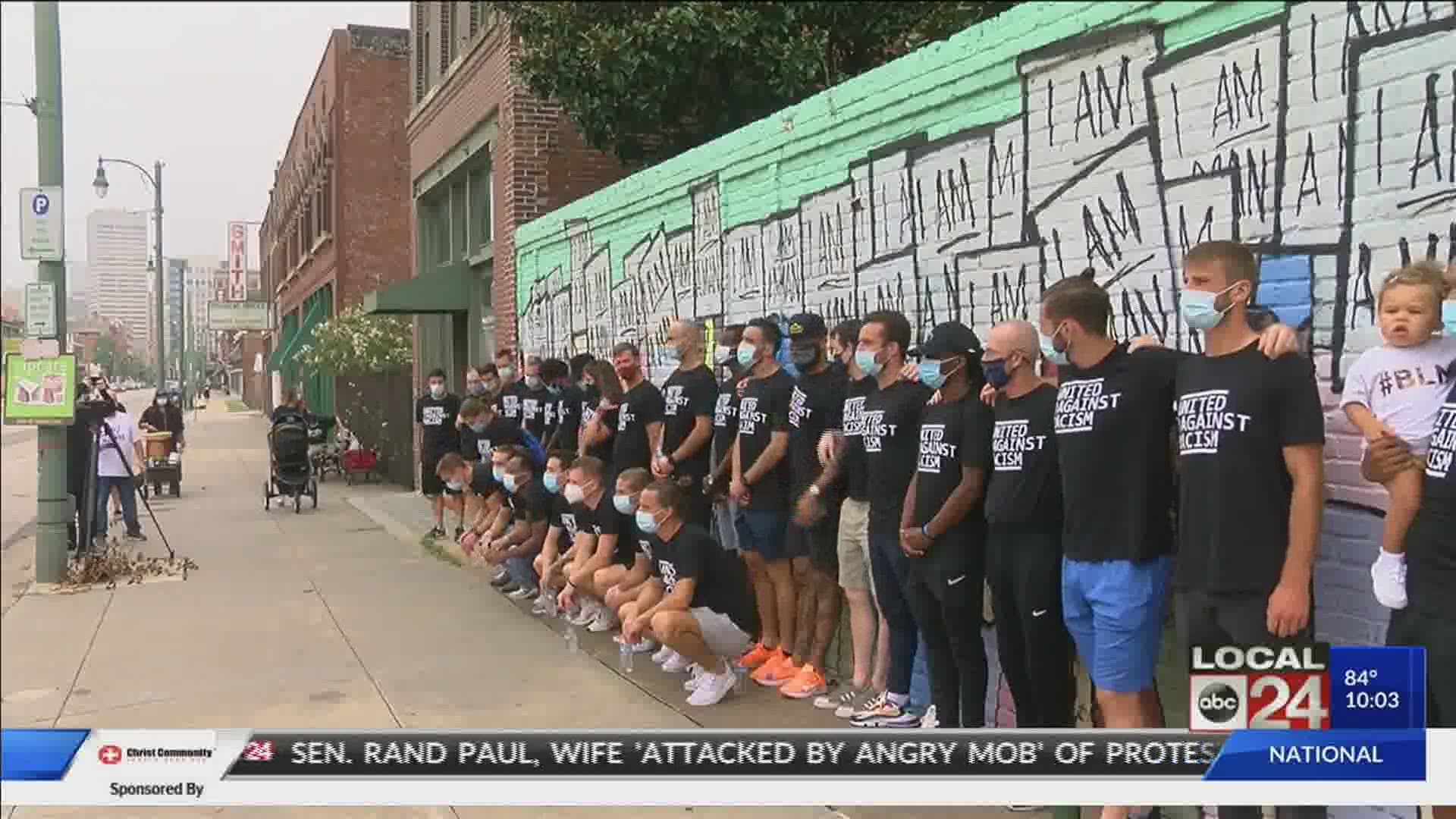 MEMPHIS, Tenn — For decades, athletes have fought for equality on a variety of issues but never has the country seen anything like this in the fight for racial equality. The Mid-South was no exception to that this weekend.

The 901 FC professional soccer team decided to not play its Saturday match against Charlotte and instead dedicate Saturday to speaking out. Tim Howard, the team's goalkeeper, part-owner, and director, said the team is hurting right now.

It's happening at the collegiate level too.

The Ole Miss football team and its coaching staff walked in solidarity from campus to the Oxford town square on Friday. In that town square still stands a Confederate monument.

At The Dream 2020 rally held at the National Civil Rights Museum was another athlete championing for the cause. Former Ole Miss and NFL player Jerrell Powe said an athlete's voice can resonate beyond the fans.

For decades, athletes have fought for equality on a variety of issues, but never have country seen anything like this before.

And the Mid-South is no exception this weekend...

Local athletes left the playing field to stand up for justice. @LocalMemphis pic.twitter.com/Kjn9cIYLJn

Whether it is previous generations of athletes or the ones of the future, they are showing they are more than just players. They are choosing to be leaders in a movement.

"When you see guys on a football team, who everyone loves whatever race they are, no matter what race, coming together to stand up for something it is just really powerful," Powe said.