The season in the new National Indoor Soccer League, featuring women’s and men’s teams, will begin after Christmas and will run through April. 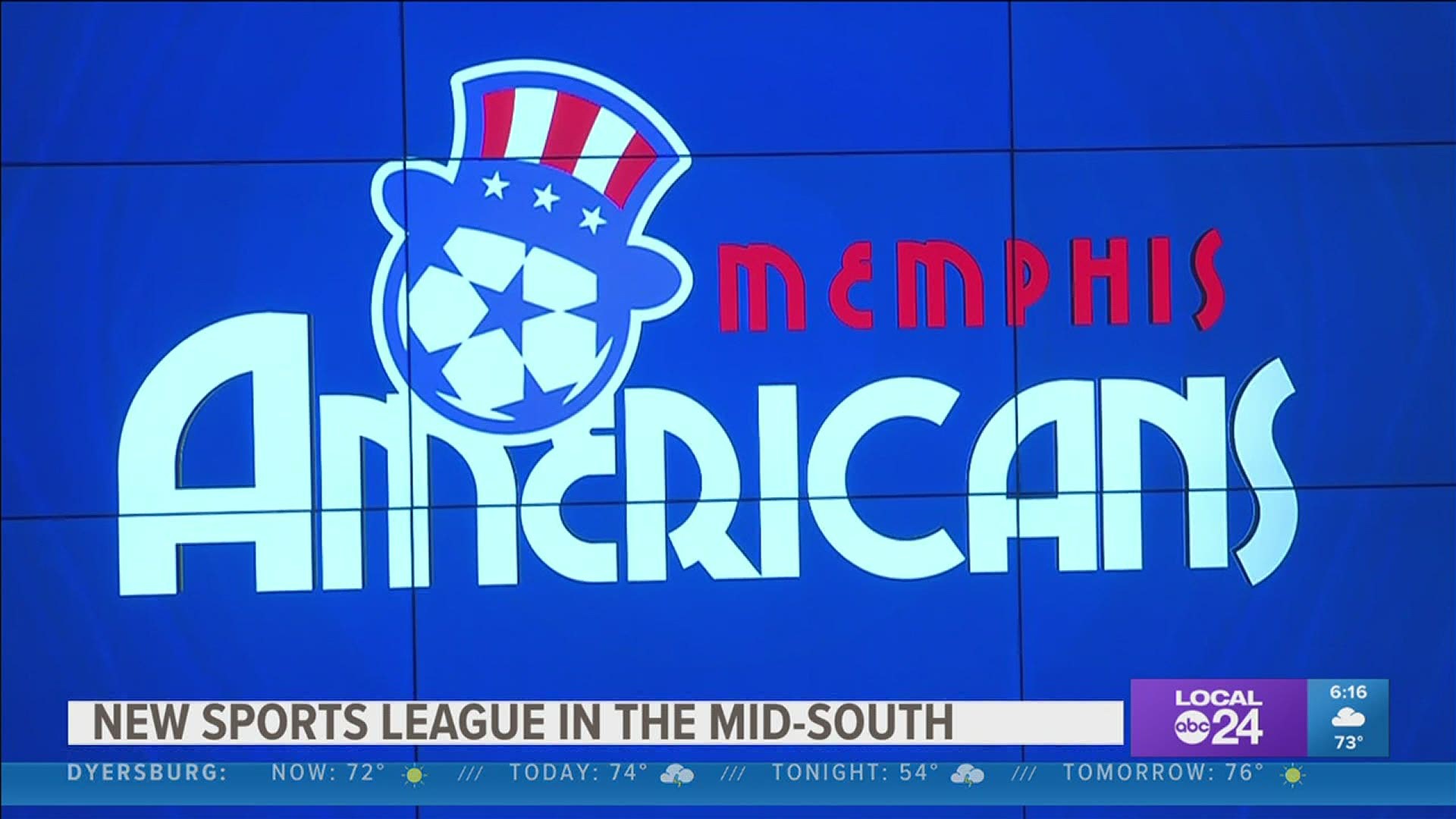 SOUTHAVEN, Miss — A new national sports league is coming to the Mid-South. The National Indoor Soccer League announced Thursday that the Memphis Americans will be the league’s first franchise. The NISL has men and women teams, and games will feature double headers. The price of a single ticket will get you access to both games. The team says they're excited to be in the Memphis area.

“We want to go to places that are a true partnership. And we talk about that all the time, but with this facility being in it like these guys 20 years. I'm super excited about this community and what the arena has done,” said Andrew Haines, Executive Board Member for NISL and Co-owner Memphis Americans.

The Americans will play at the Landers Center in Southaven. The season will begin right after Christmas in December and will run through April.

Here is a full news release from the league:

Today, the National Indoor Soccer League announced its first team will be based in the greater Memphis, Tennessee, area and will kick off its inaugural season this December at the Landers Center in Southaven, Mississippi.

In a nostalgic move, the team is bringing back the “Memphis Americans” name, along with the modernized logo of the original team that competed in the Major Indoor Soccer League in the early 1980’s. The original Americans team played at the Mid-South Coliseum from 1981-1984 and featured fan-favorites such as Tony Carbognani, Helmut Dudek, Jorge Espinoza and Stan Stamenkovic. The team averaged about 7,000 fans per game at the 10,000-seat arena during its three-year existence in Memphis. Although the team logo has been slightly modernized, it has the same recognizable look as the original logo.

“This is a phenomenal day for the NISL and for the entire Memphis area,” said Andrew Haines, NISL and Memphis Americans executive board member. “Not only is Memphis a great entertainment area, it’s also a fantastic soccer marker, dating back to the days of the original Memphis Americans. With professional outdoor soccer already doing great things here, bringing pro indoor soccer back to the area will be tremendous for everyone in the community. Certainly when you talk about this history of pro soccer in Memphis, the Americans in the MISL were very popular during their time here, which is why we were very adamant about using the same name and logo for the rebirth.”

The new Memphis Americans, like all franchises in the recently formed NISL, will operate both a men’s team and a women’s team and will host 12 doubleheaders this winter at the Landers Center, just minutes from Downtown Memphis.

“I could not be more proud to welcome this league to our area,” said Darren Musselwhite, Mayor of Southaven. “Landers Center is a top-notch venue that will certainly be a wonderful home for the men’s and women's teams. Its location and amenities simply can’t be beat.”

While the Americans will play their home games in Southaven, the team intends to be very engaged and have strong ties to the entire Mid-South.

“Landers Center is very much looking forward to hosting ISL matches for years to come,” said Todd Mastry, Landers Center’s executive director. “Over the last decade, many sports leagues and top-tier events have called our arena home – from minor league hockey and the NBA’s G League to soldout concerts and the Mid-South Fair. It just makes sense to add another high-profile offering for those around the Mid-South to enjoy.”

Although the season doesn’t begin until December, the team will be forming a front office staff and hosting team tryouts in the near future.

“We certainly hope the excitement continues to build all across the region because the team will be looking to sign some homegrown talent to build the roster,” said Michael Taylor, NISL and Memphis Americans executive board member. “With all of the local soccer clubs and college soccer teams in the area, we really expect to have a nice turnout for tryouts and hopefully field very competitive teams, both on the Men’s side and Women’s side.”

The NISL, unlike any previous professional soccer league, will operate a men’s and women’s team in each of its markets and will pride itself on its focus on gender equality.

“We’re excited to offer an exciting brand of pro soccer for both men and women,” stated Haines. “The men’s games over the years have always been fun and exciting to watch, and we know the women can offer that as well. Women’s soccer in North America is really exploding now and we thought the timing was perfect for us to add a Women’s Division to the League. We’re really expecting to have two extremely competitive Divisions when we kickoff in December.”

Season tickets start at $180 for 12 home dates. With one ticket, fans will have the opportunity to see two games. For each season ticket purchased before July 1, fans will receive an Americans inaugural season scarf.

“We fully anticipate these matches will bring in thousands who will dine at our restaurants, stay in our hotels, visit our retailers and stop by other local attractions,” said Warren Richardson, DeSoto County Convention and Visitors Bureau vice chair. “The economic impact these matches will have on our county is huge. It’s a win for us all.”

ABOUT THE MEMPHIS AMERICANS:
The Memphis Americans are a professional indoor soccer franchise with a men’s team and a women’s team competing in the National Indoor Soccer League. The team will make its home at Landers Center in Southaven, Mississippi. The Inaugural 2021-2022 season will begin in December, with the Americans playing 12 home games and 12 away games. Each home date will consist of a men’s and women’s doubleheader. For more information or to purchase season tickets, please visit memphisamericans.com

ABOUT NATIONAL INDOOR SOCCER LEAGUE (NISL):
The National Indoor Soccer League was founded in January 2021 by a group of experienced sports team/league owners with over 40 years of ownership experience. NISL will kick off the 2021-2022 season on Dec. 25, 2021. The league will operate a men’s and women's division with each member team playing in both divisions. Each NISL game day will include a doubleheader, with fans being able to see both a women's match, as well as a men’s. For more information, please visit nislpro.com