P7 Sports Academy in Cordova, a $3.3 million gym, opened at the end of October and is already attracting a number of youth tournaments. 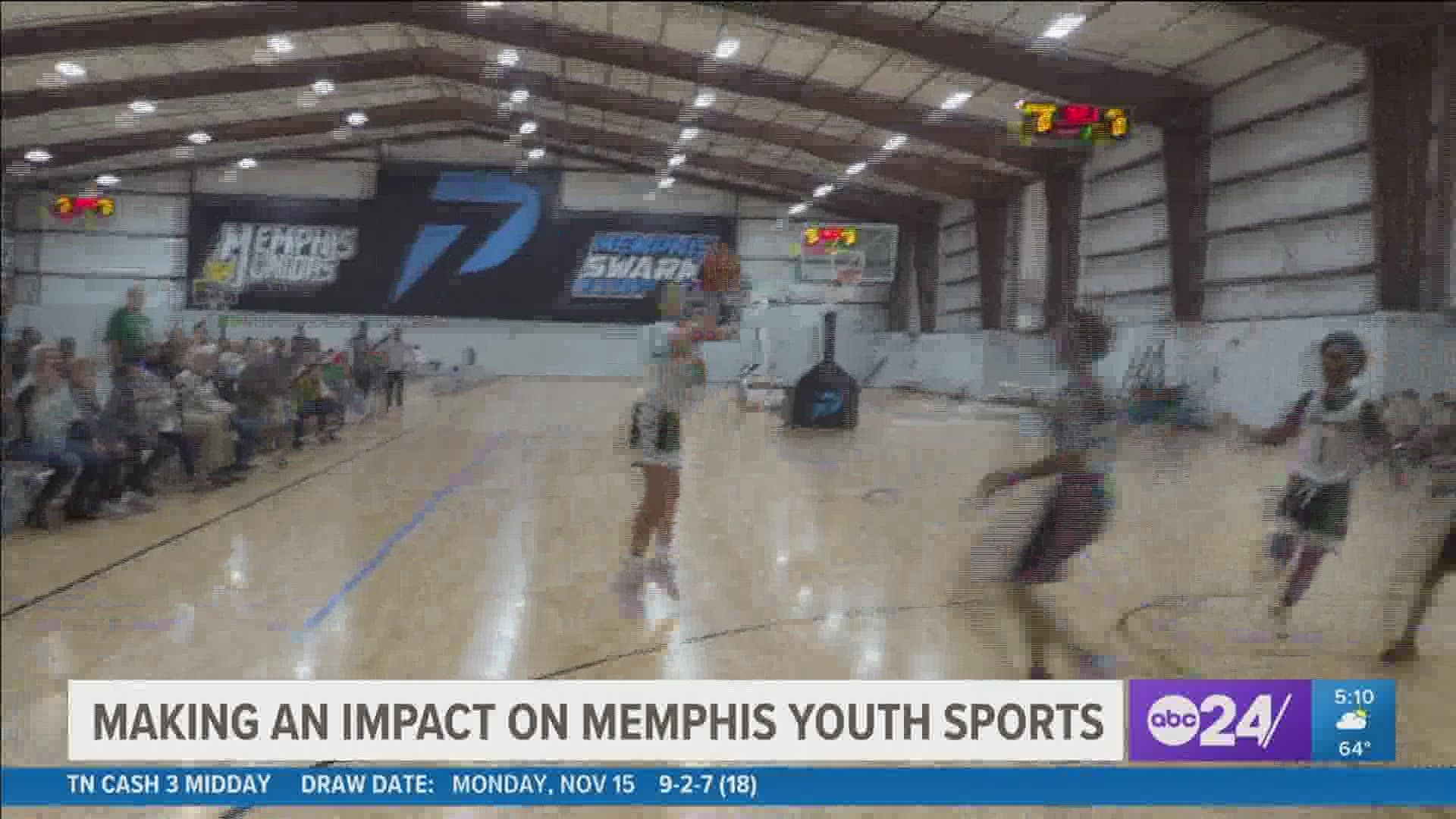 MEMPHIS, Tenn. — Cole Photopolus laced up his basketball sneakers and joined his teammates on one of four open basketball courts. His team, the Briarcrest Saints, were gearing up to take on a visiting team.

“Just walk out and be a bucket,” Photopolus said about his approach to the game.

The 14-year old is one of thousands of youth that will be able to take advantage of the newly opened P7 Sports Academy in Cordova. The $3.3 million gym opened at the end of October and is already attracting a number of youth tournaments. Photopolus said he’s never been in a gym like P7’s.

“I thought it was really cool. I’ve never seen anything like it,” he said. “I’ve been to my school gym and that’s pretty cool, but it’s nothing compared to this.”

The sports academy is an extension of Perfect Seven Sports, which already hosts large 7-on-7 football tournaments. The group saw the opportunity to expand in what partner Darin Pounds called a “void in the Memphis community.”

“When we sat down with the (partner) group was, ‘what can we do?’ and it was really trying to get back to the community and create an environment, great place for the kids, great facility, nice place to come work out,” Pounds said.

The space is about 55,000 square feet including multiple basketball and volleyball courts and a 90’ x 120’ training area covered in artificial turf with gym equipment. That space can also be turned into an additional court. In addition to buying the facility, Pounds said the group spent another “seven figure investment” to convert the space into what it is today, including LED lighting and scoreboards.

P7 Sports Academy partners with 3Step Sports based out of Boston. The company said they’re the largest youth sports event and club operator in the country. The partnership allowed P7 to bring in the Memphis Swarm AAU basketball and Memphis Juniors volleyball organizations to practice and play in the facility.

“In this area, I haven't seen a facility like this,” said Tavaris Boga, a Memphis Swarm coach and P7’s director of basketball operations. “I believe they're going to put the Memphis kids ahead a whole lot, because the biggest thing, especially around the COVID area, is having gym space. Now you have somewhere to come train, come practice, come play, be a part of big leagues, right in the best area of the city.”

Space was especially an issue for Memphis Juniors. Danis Fuelling has been director of the youth volleyball organization for 11 years. The Memphis organization used to host their tournaments in Tunica, Mississippi, where 9 courts were available to use at once.

“I mean, there's nothing in Tunica. So you know, the parents are driving one way to get there, and decide if they're going to spend the night or not,” Fuelling said. “We'll have nine courts for our tournament here. We'll be able to hold it here this year so that's a huge advantage for us.”

Fuelling said the upgrade into the P7 Sports Academy allowed her organization to grow 30% from 19 teams to 28 teams. Hosting tournaments naturally brings in scouts and college coaches who Fuelling will be able to accommodate even if they can’t make the trip to Memphis.

Boga said Memphis is naturally a big basketball city with the University of Memphis basketball team’s national prominence and the Memphis Grizzlies playing just up the road. Competition is fierce and, like Fuelling, he looks forward to bringing scouting attention to local athletes when P7 attracts tournaments from organizations like Adidas, Under Armour, and Coast to Coast Preps.

“Competition in Memphis is very, very major, but to have some of those major tournaments come here now instead of us having to travel and go to those tournaments, it's going to be big,” Boga said. “We have some of the greatest players of all time to come out the city of Memphis and I don't think we get highlighted as much as we should get."

P7 opened in late October and already has 25 events scheduled through 2022. Photopolus is looking forward to facing competition from all over the country.

“I like everything about it. The courts are nice. The lighting is nice,” Photopolus said. “I haven’t played tournaments on a court like this before so it’s going to be fun.”

Well it happened again. More stuff arrived for the Memphis Athletes to excel and showcase their talent. 10 hoops in the building. P7 Your New Homecourt! @ Cordova, Tennessee https://t.co/oqrGwbwusB